Did You Know Nushrratt Bharucchaa Has A Hip Tattoo? Check Out These Pics

Nushrratt Bharuccha is best known for her acting skills and charming looks. However, did you know the actor has a seven and a half inch hip tattoo? Check out. 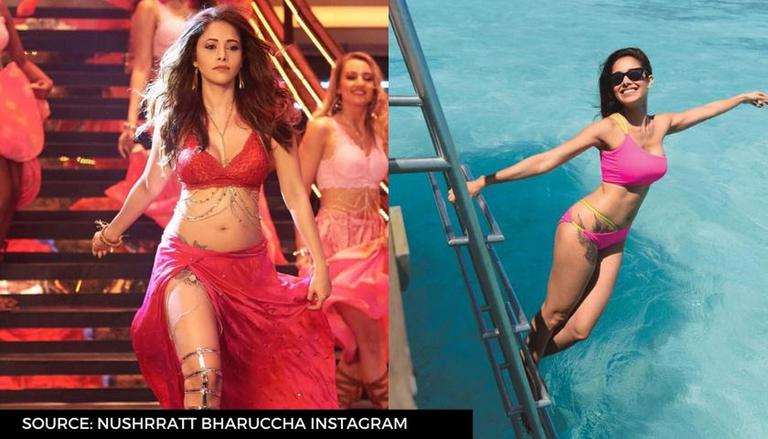 
Nushrratt Bharuccha is well-known for her commendable acting skills and glamorous appearances. The actor made a major style statement when she walked the red carpet of an award ceremony in a green high-slit dress. Though Nushrratt's look was eye-pleasing, one thing that caught everybody's attention was her hip tattoo. Nushrratt Bharuccha's tattoo is a seven and half-inch in length with some details of phoenix and rose.

Nushrratt Bharuccha got her tattoo when she was shooting for Sonu Ke Titu ki Sweety in 2018. She flaunted her tattoo for the first time when she starred in the song Chote Chote Peg. Bollywood photojournalist, Viral Bhayani shared a still from the song and gave information about Nushrratt Bharuccha's tattoo. A few days before the shooting of the song, Nushhratt was travelling abroad and she got an elaborate seven and a half-inch long tattoo done, right from her right hip till thigh. It’s a design of a phoenix rising from the ashes with the detailing of roses in its wings. While she was about to start shooting for the song, Nushrratt took the opportunity to flaunt her tattoo in it. And the team decided to make it a part of her look and the styling for her costumes was done accordingly so that it justified this beautiful artwork.

Nushrratt Bharuccha's movies that gave her major recognition include Pyaar Ka Punchnama 2 (2015), Sonu Ke Titu Ki Sweety (2018), Dream Girl (2019), and Chhalaang (2020). She was last seen in an anthology film Ajeeb Daastaans which released on Netflix. It features four short stories directed by Shashank Khaitan, Raj Mehta, Neeraj Ghaywan, and Kayoze Irani. Apart from her, Abhishek Banerjee, Inayat Verma, and Maneesh Verma were also a part of the segment. Other than this, she will be seen in movies like Hurdang and Chhorii.