Did You Know Priyanka Chopra's Vintage Wine Bottle Gift From Nick Jonas Costs This Much?

Nick Jonas sent a vintage wine bottle that costs thousands of pounds for Priyanka Chopra. Here is the actual cost of the expensive wine bottle. 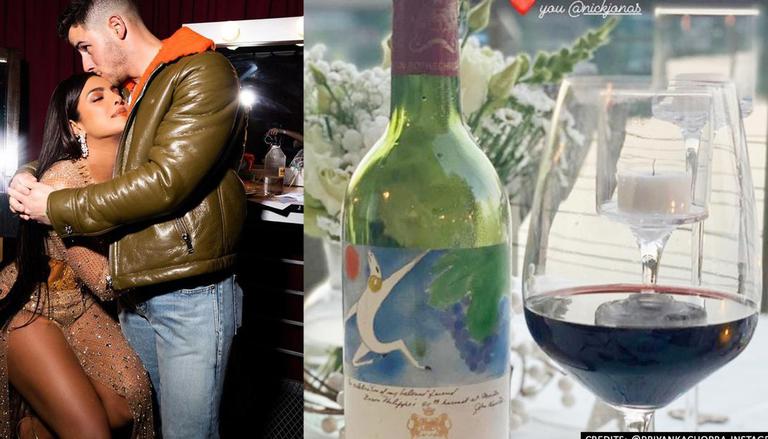 
Priyanka Chopra Jonas rang into her 39th birthday on Sunday, July 18, 2021. Wishes from the entertainment industry and fans showered on Priyanka as she celebrated her birthday in London. As Priyanka is currently busy shooting her upcoming series Citadel, she and her husband Nick Jonas are residing miles away. However, the distance did not stop Nick Jonas from making his lady love's day special. The American singer sent a vintage wine bottle that costs thousands of pounds for his wife. Here is the actual cost of the expensive wine bottle.

Priyanka Chopra recently took to her Instagram stories to share a glimpse of Nick Jonas' gift for her. In the photo, a wine bottle alongside a glass of wine and some birthday decorations could be seen. The wine was a Chateau Mouton Rothchild 1982. In the story, the Sky Is Pink actor also wrote, "Love you @nickjonas". 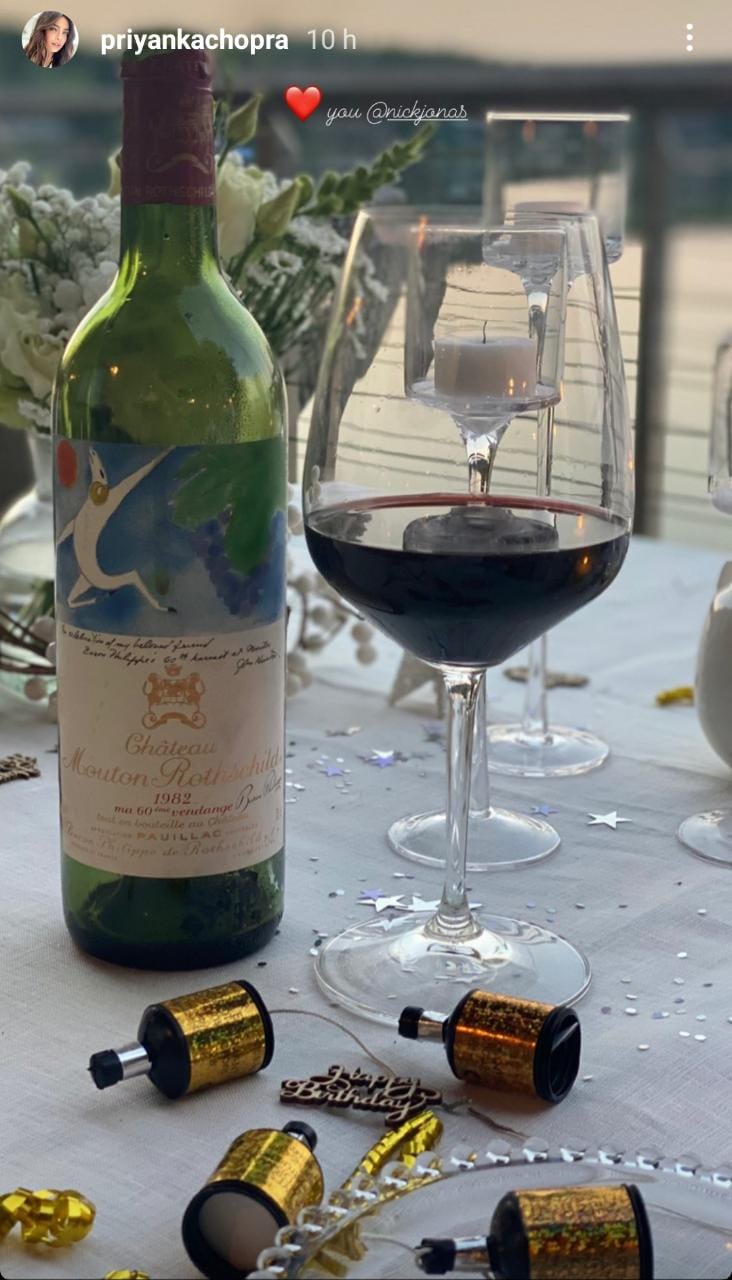 Chateau Mouton Rothchild 1982 is a rare vintage wine made in the village of Pauillac which falls in the northwest area of Bordeaux in France. The wine was extra special since it can only be found in some auctions. As per sothebys.com, the price of the wine ranges between a whopping 10,000 to 13,000 British pounds. In Indian rupees, the wine may cost between Rs 10 to 13 lacs. The retail price of the wine differs from region to region.

Apart from the wine, Nick Jonas also sent birthday wishes for Priyanka Chopra via Instagram. He took to his Instagram handle to wish his wife on her 39th birthday. The singer shared two photos of Priyanka. The first one was from Joe Jonas and Sophie Turner's France wedding reception. She fashioned a pink saree with some roses in her bun. The second photo was from Priyanka Chopra's childhood, in which she was seen wearing a pink-coloured ethnic dress. In the caption, Nick Jonas wrote, "Happy birthday my love. You deserve all the happiness in the world. Today and every day. I love you. ❤️".