As reports of legendary actor Dilip Kumar's demise surfaced, Shahid Kapoor and Kiara Advani took to their social media platforms to express their condolences. While Kiara Advani paid tribute by posting a memorable photo of the legendary actor, Shahid Kapoor referred to him and all the actors ‘nothing but versions of Dilip Saab’. He also stated how the Karma actor will live on forever.

Taking to Instagram, Shahid Kapoor posted a photo of Dilip Kumar and added a heartfelt note for the legendary Bollywood star stating how every actor had studied him in awe. He added, ”We are all nothing but versions of you Dilip Saab.” Wondering how he did it all, Shadid stated, “You were as close to PERFECT as it can get. As you return to your spiritual home. The prayers of millions are with you. Thank you for giving us all you did. And sharing your enlightened soul with us through all your breathtaking performances. You will live on forever sir. You are TIMELESS. Rest in peace.”

Numerous fans reacted to Shahid Kapoor’s post. Some fans also added sad face emojis in the comments. Have a look at some of the fans reactions to his post. 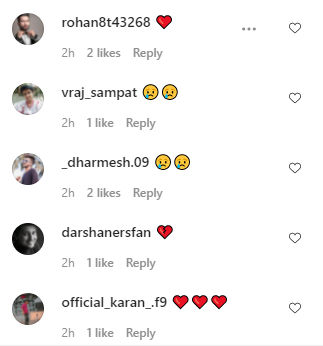 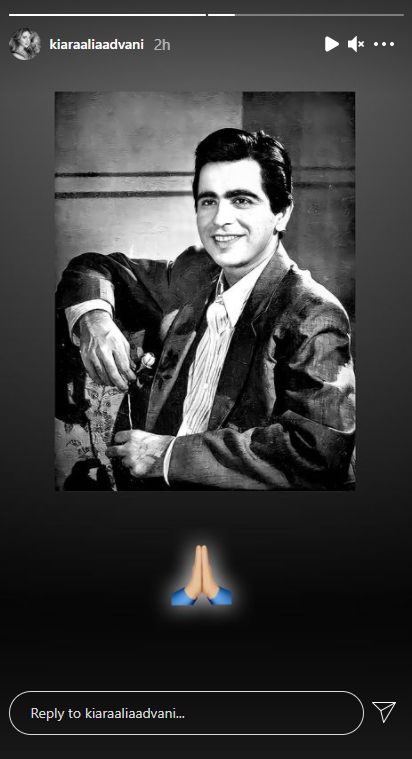 Kiara Advani, Shahid Kapoor’s co-star from Kabir Singh also took to her Instagram stories section and added Dilip Kumar’s photo from one of his iconic movies. She also added a folded hands emoji.

Dilip Kumar passed away in Mumbai on Wednesday. He was 98. The Padma Vibhushan recipient had been facing multiple health issues for the past few weeks, being hospitalised numerous times for breathlessness and being treated upon for bilateral pleural effusion. The news was confirmed by Dr Jalil Parkar, the pulmonologist treating the actor at Mumbai's PD Hinduja Hospital.

Dilip Kumar is considered among the greatest actors in the Indian film industry. Starting his career in 1944, he went on to feature in iconic films likes Mughal-e-Azam, Devdas, Naya Daur, and Ram Aur Shyam, among others. His last big-screen appearance was in the 1998 film Qila. He has been felicitated with numerous honours and awards, including the Padma Vibhushan and Dadasaheb Phalke Award by the Government of India.

WE RECOMMEND
Shahid Kapoor is 'getting back to the pump', flaunts muscles in new pic
Shahid Kapoor shares glimpses of his Tuesday as he jams to popular Punjabi song
'An institution himself': President Kovind and VP Naidu condole actor Dilip Kumar's demise
Shahid Kapoor shares a shirtless selfie while Mira gives sneek into her 'morning grind'
Shahid Kapoor enjoys the sunset with 'Hawaaiyein' song from 'Jab Harry Met Sejal': Watch