Saira Banu says Dilip Kumar's health is stable, but he will remain in ICU. Dilip Kumar has been hospitalised since June 30, after suffering breathing issues 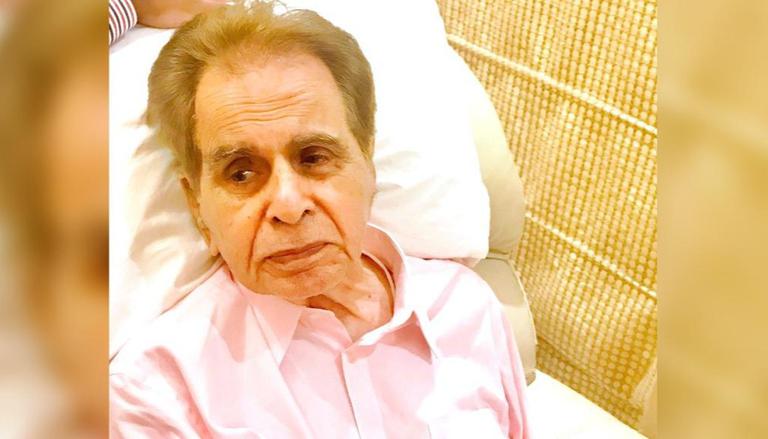 
Saira Banu on Saturday shared an update about husband and veteran actor Dilip Kumar’s health condition and said that his health is stable, but he is still admitted in the ICU. The actor was admitted to Mumbai's Hinduja Hospital on June 30.  As per reports, it is suggested that the star of the Hindi film industry will need to be kept under the doctor’s supervision for a longer period and will not be discharged soon.

While speaking to ANI, about the legendary actor's prevailing health condition, Saira Banu said, "Dilip Kumar Sahab's health is still stable. He is still in the ICU. We want to take him home, but we are waiting for doctors' approval as they know his medical condition as soon as doctors allow, will take him home. He will not be discharged today. Need prayers of his fans, he will be back soon.”

For a long time, the veteran actor has been keeping unwell, he had to be taken to the hospital twice in the month of June, due to his waning health conditions. Reportedly, he has often complained of breathing issues. On June 30 it was his second visit to the medical establishment in the month of June, at first he was hospitalised on June 6  because of a similar complaint. Dr Jaleel Parkar, who is privy to the veteran actor’s health, told ANI that the 98-year-old star is currently undergoing treatment at the hospital and is doing better.

Earlier, on June 30, the family posted an update on Kumar's official Twitter handle, Dilip Kumar’s family friend Faisal Farooqui thanked the veteran actor's well-wishers for their prayers. "Dilip Saab has been admitted to Hinduja Hospital, Khar to address medical issues related to illness which are frequently expected in a 98-year-old. Your love and prayers are truly appreciated by Saab," he tweeted on Dilip Kumar’s behalf.

Dilip Saab has been admitted to Hinduja Hospital, Khar to address medical issues related to illness which are frequently expected in a 98 year old. Your love and prayers are truly appreciated by Saab- Faisal Farooqui

The actor with a career span of more than six decades has a huge fan base and is called the 'Tragedy King' of Bollywood. He is remembered for his iconic roles in hits like Mughal-e-Azam, Devdas, Naya Daur, and Ram Aur Shyam. He made his last film appearance in the movie Qila.