Disha Patani recently took to her Instagram handle and did an Ask Me Anything session with her fans. During this, the actor made a series of revelations.


Disha Patani recently did an interactive "Ask Me Anything" session with her fans on Instagram. The actor answered several interesting queries and revealed a few insights about her personal life, from talking about her next film to suggesting anime series to watch. Let's take a look at Disha Patani's latest series of revelations on her Instagram account.

One of her fans asked the actor about her next film. Replying to the same, Disha revealed that she will be next seen in Radhe: Your Most Wanted Bhai. Helmed by Prabhu Deva, the action flick stars Randeep Hooda, Jackie Shroff, Gautam Gulati, Megha Akash among many others. 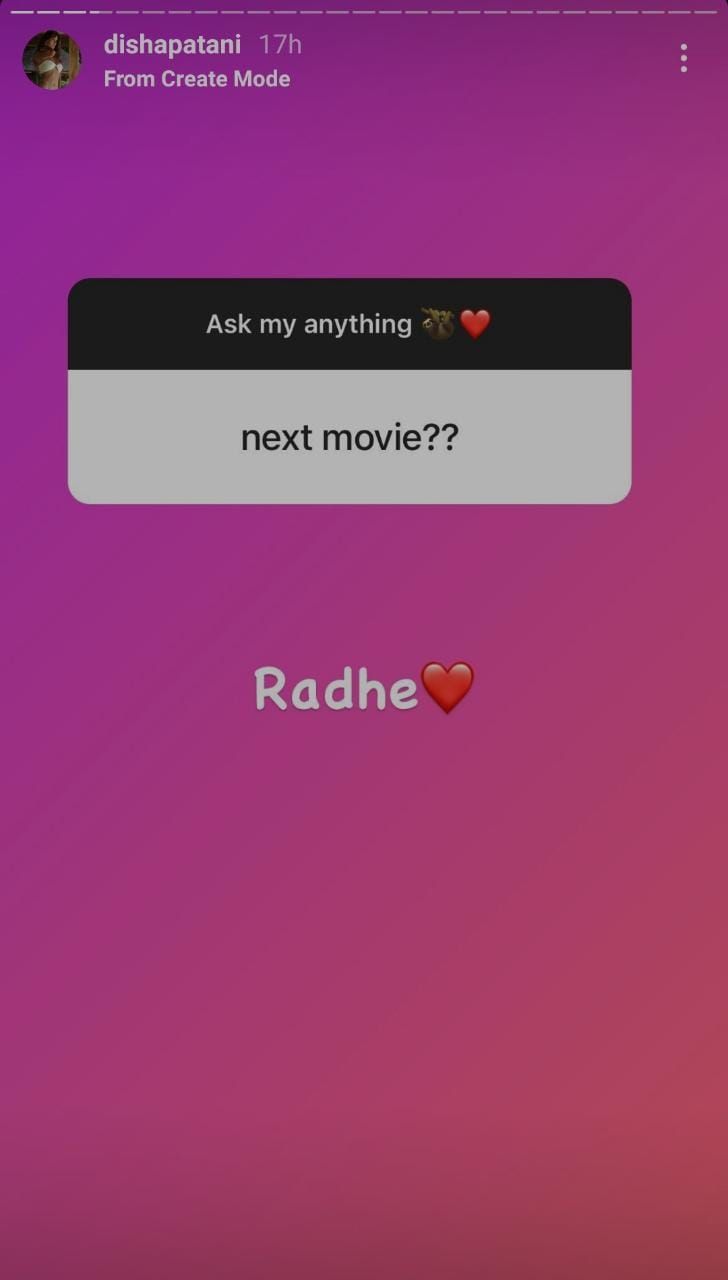 Another fan of Disha asked the actor about her lockdown mood. Replying to her fan question, she said, "Getting ready to start a new anime". During this fan interaction session, Disha Patani shared that she is a huge fan of anime series and several fans asked questions related to the same. Another user asked Disha to suggest any anime to watch. The actor suggested Naruto, DBZ and My Hero Academia for the action anime lovers. 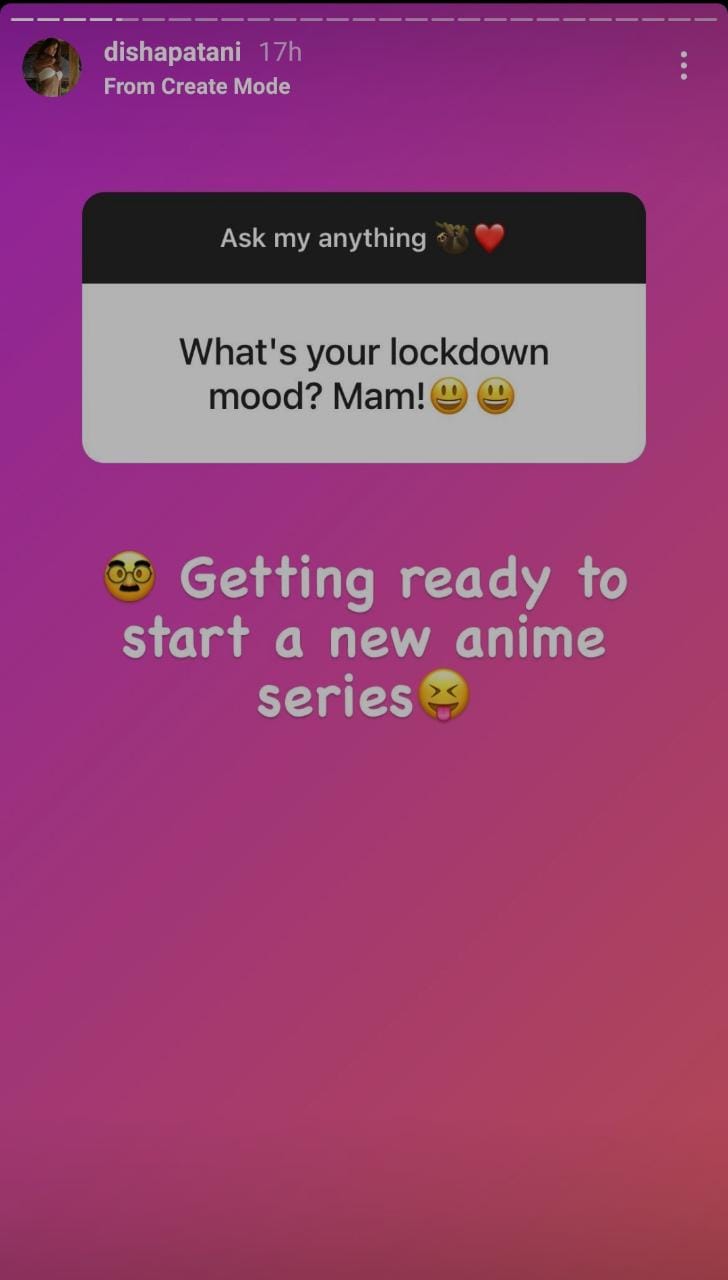 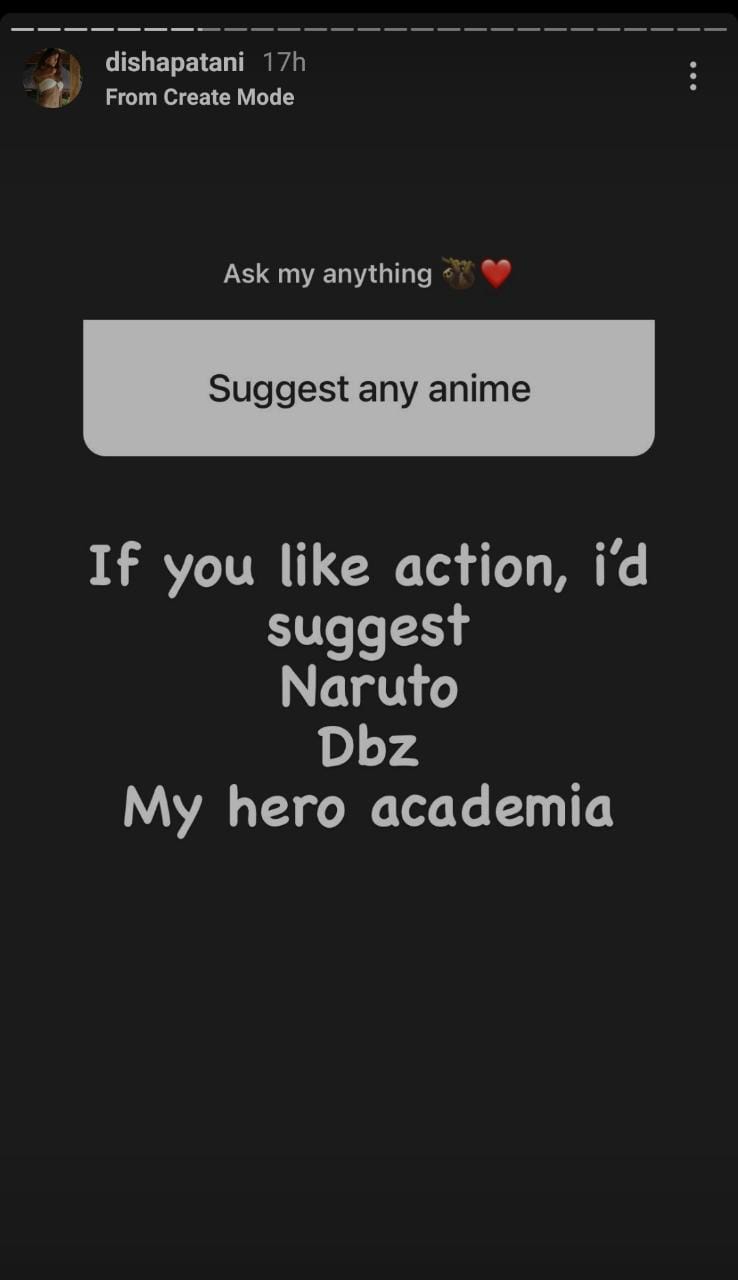 As Disha Patani's "Ask Me Anything" session progressed, a user asked the actor about her cheat meal. The fan wrote, "favourite cheat meal day?". The Baaghi 2 actor replied, "cookie and cream doughnut from mod (Mad Over Donuts)". She further added, "hot chocolate from Starbucks". 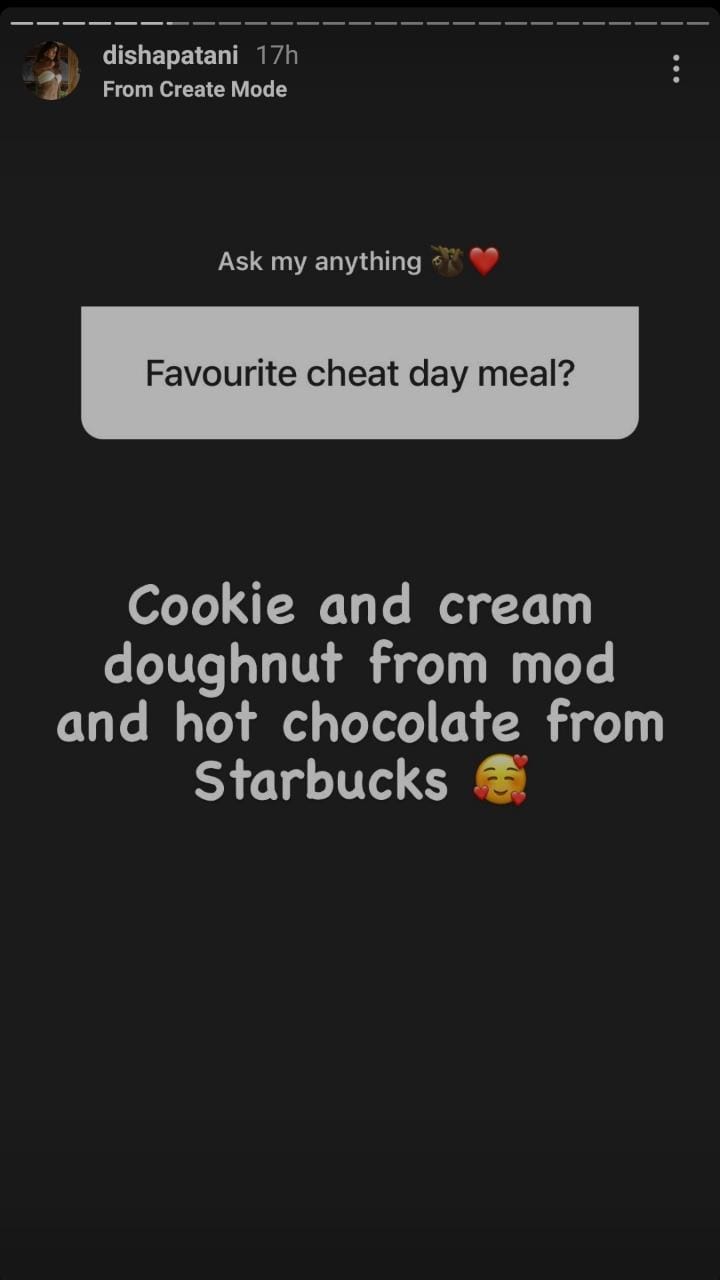 A fan asked a fashion choice question to the actor. The user wrote, "an outfit you can wear everyday". Disha Patani shared, "oversized T and shorts". Another fan asked Disha if she has ever played any DBZ (Dragon Ball Z) games. Replying to the same, the actor shared a poster of Dragon Ball Xenoverse 2 and said, "yess". Talking about playing games, Disha also revealed that she played Beyblade as a kid and also was a champ. 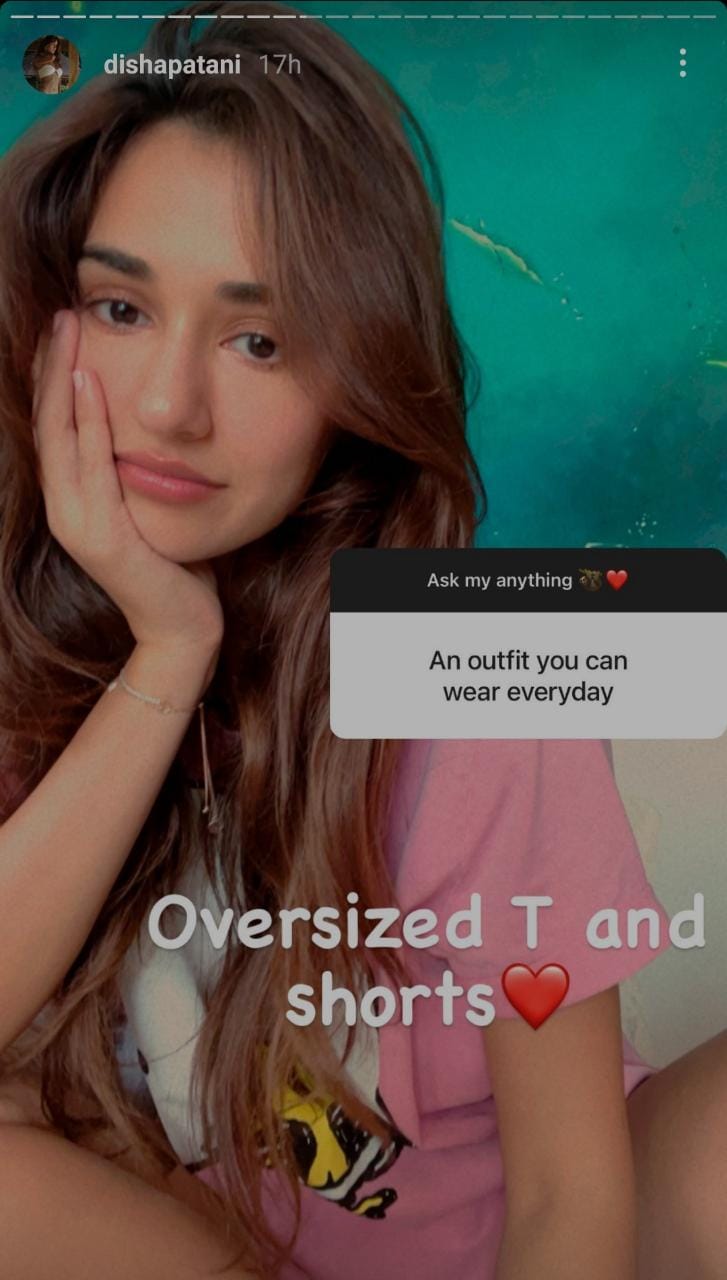 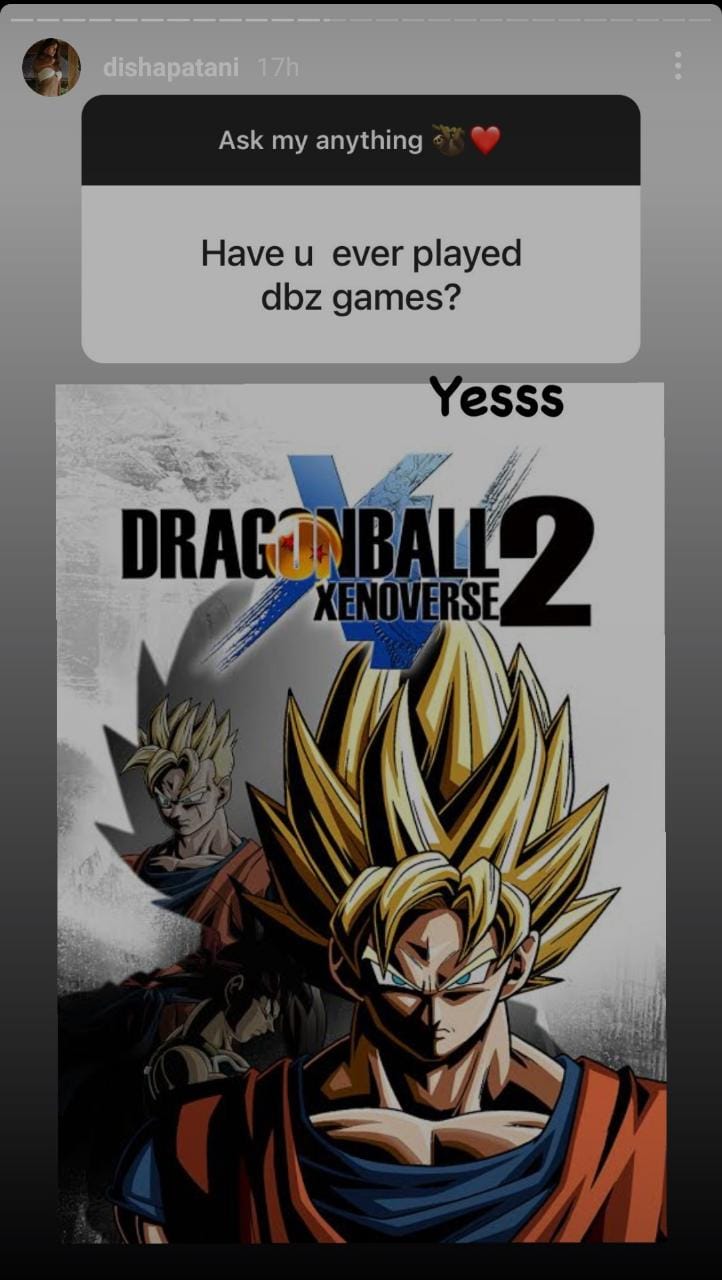 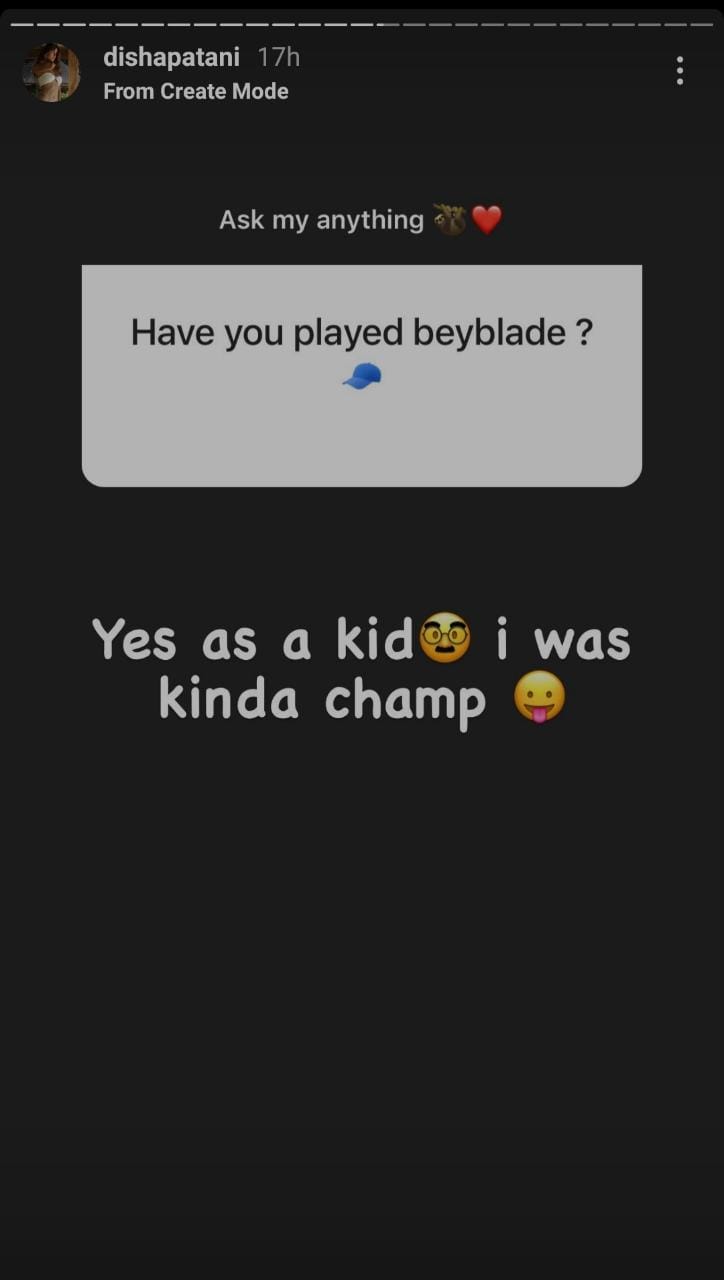 One of Disha's fans asked her, "where do you see yourself in the next five years?". Replying to the same, the actor shared her dog's picture and wrote, "teaching him not to pee in my couch". Another fan asked her, "at wht age u started making abs and who inspired u". Disha's reply read as "hahaaa abs are not really important, being fit is important rest everything is a bonus I guess". 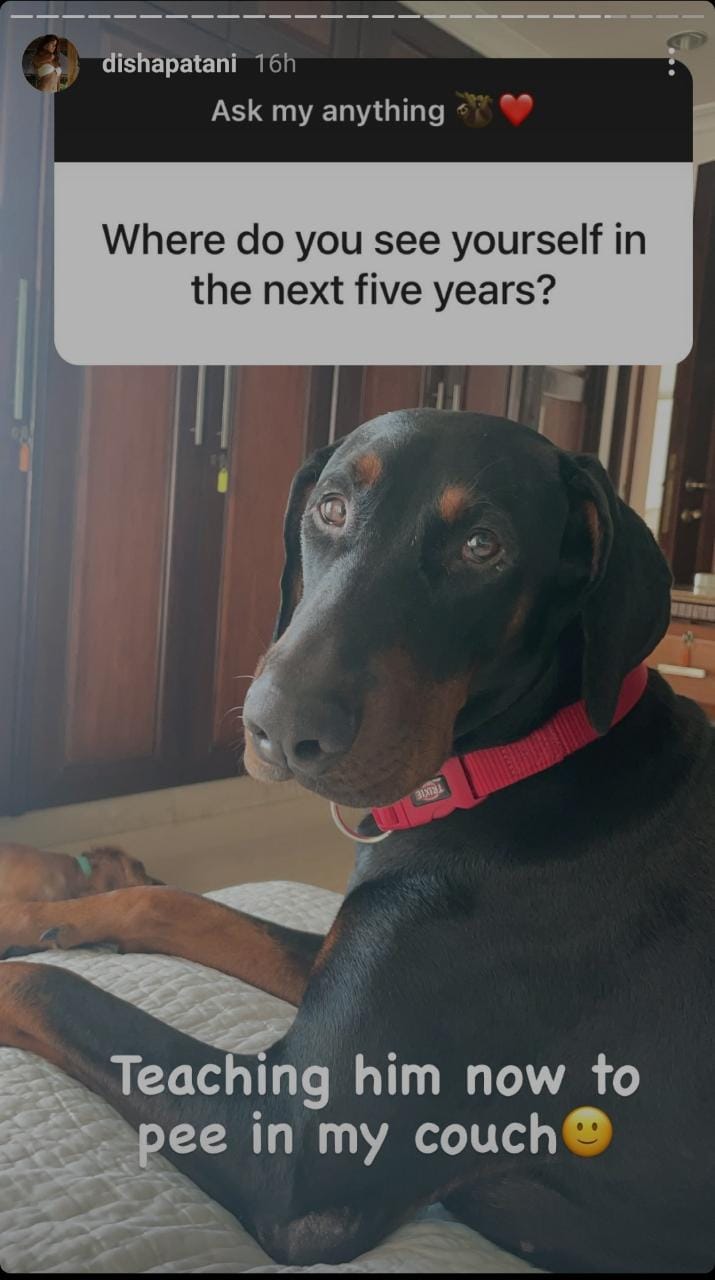 Disha's Marvel fans had a very interesting question for the star. A user asked her who would she choose between Iron Man, Thor and Captain America. Sharing her favourite superhero's picture, the star revealed she would choose Iron Man over the other two superheroes. 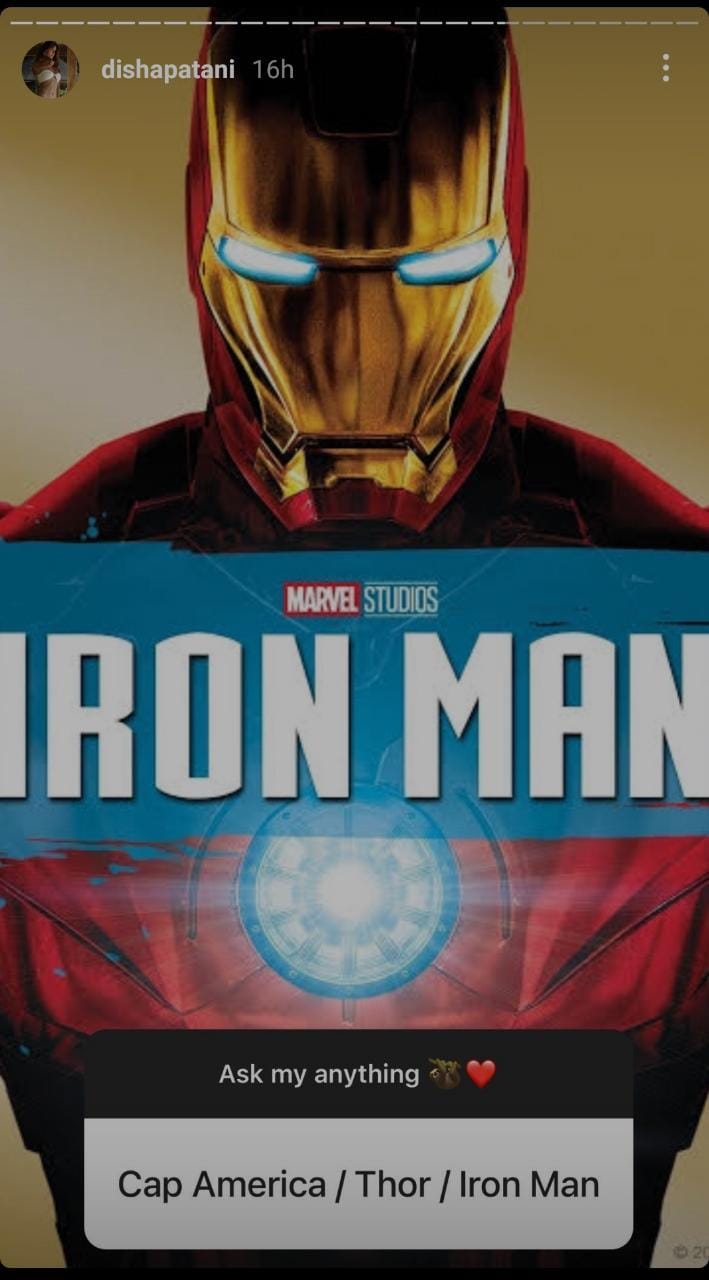