Disha Patani has recently shared a picture on her Instagram handle in which she can be seen donning a pretty pink eye makeup look. Check out her picture here.

Disha Patani recently made her debut in the Forbes Celebrity 100 list. She reportedly ranked 43, just by doing one film in the year. The actor is now getting occupied with her upcoming movie Radhe, opposite Salman Khan, for which she has been undergoing some training sessions.

She will also be seen in Baaghi 3, with Tiger Shroff. Meanwhile, Patani is quite active on social media and does not fail to impress fans with her regular posts. Her alluring pictures are always loved by her followers.

The Malang actor has always given her fans fashion and beauty goals through her social media handle. Recently, the actor shared a stunning picture on her Instagram handle where she revealed that the pretty pink eye makeup was done by herself.

The actor looked glamorous in the shimmery pink eye makeup look. She went for a blush pink glitter shadow paired with winged eyeliner and loads of mascara.

Disha opted for natural filled-in brows with similar matte pink eyeshadow for her lower waterline. She completed off her look by highlighting the right spots of her face and nude pink glossy lips. She opted for a pretty soft pink mini dress and messy hairdo with the look. Check out the picture below. 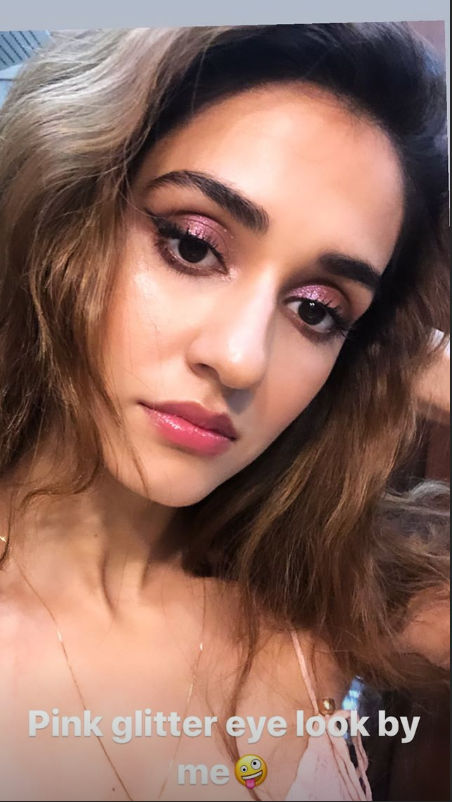 On the professional front, Disha will soon make a comeback to the silver screens with her upcoming movie Malang. The film will feature Aditya Roy Kapur, Disha Patani, Anil Kapoor, and Kunal Kemmu in the pivotal roles. It is reportedly a love story set in a dystopian world.

Directed by Mohit Suri, the romantic-thriller is all set to release on February 7, 2020. The actor is currently shooting for Prabhu Deva's Radhe. The upcoming movie, starring Salman Khan and Patani in the lead, is slated to hit the silver screens on Eid 2020. Besides the action thriller, she will also be seen in Ekta Kapoor's KTina.