Disha Patani shares pictures in a light blue sequin top and fans seem to be loving every part of it. Have a look at the pictures with all details here.


Bollywood actor Disha Patani recently took to social media to share a bunch of glamorous pictures in a backless sequin top. In the photographs posted, the actor is seen posing for the camera in a casual and well-styled look that has been topped up with glittery makeup. The actor has received a variety of compliments from her fans in the comments section and one of the many people to drop an encouraging message has been her sister Khushboo Patani.

Actor Disha Patani recently updated her Instagram with a set of stunning photographs and her fans seem to be loving every bit of it. In the first picture posted, she is seen holding up her hair while showcasing the backless pattern of her top. The actor has also added a close-up shot and a side profile picture, which are a part of the recently held photoshoot.

In Disha Patani’s recent pictures, she is seen dressed in a light blue sequin-studded top which has a criss-cross pattern at the back. The top has been tucked into a simple blue denim skirt, which goes well with the blue top. A chain belt has also been added to the look, giving it a unique and quirky touch. In accessories, Disha Patani is seen wearing a silver statement neckpiece along with a series of hand bracelets in black and silver colours. Her make-up has been kept prominent with glossy brown lipstick and blue-silver eye makeup. Disha Patani has also left her hair open with soft curls, enhancing her look in the pictures.

In the caption for the post, Disha Patani has put up a ‘deer’ emoticon expressing her quirky thoughts on the pictures. She has also left the fans guessing with the cryptic emoticon in the caption. Have a look at the post on Disha Patani’s Instagram here.

In the comments section of the post, a series of fans have spoken highly of Disha Patani and her look in the picture. Her sister Khushboo Patani has also complimented her attire and has mentioned that the actor is rocking the look here. Disha Patani’s rumoured boyfriend Tiger Shroff has opted for simple ‘fire’ and ‘heart’ emoticons while his sister Krishna Shroff has also dropped a positive message. Have a look. 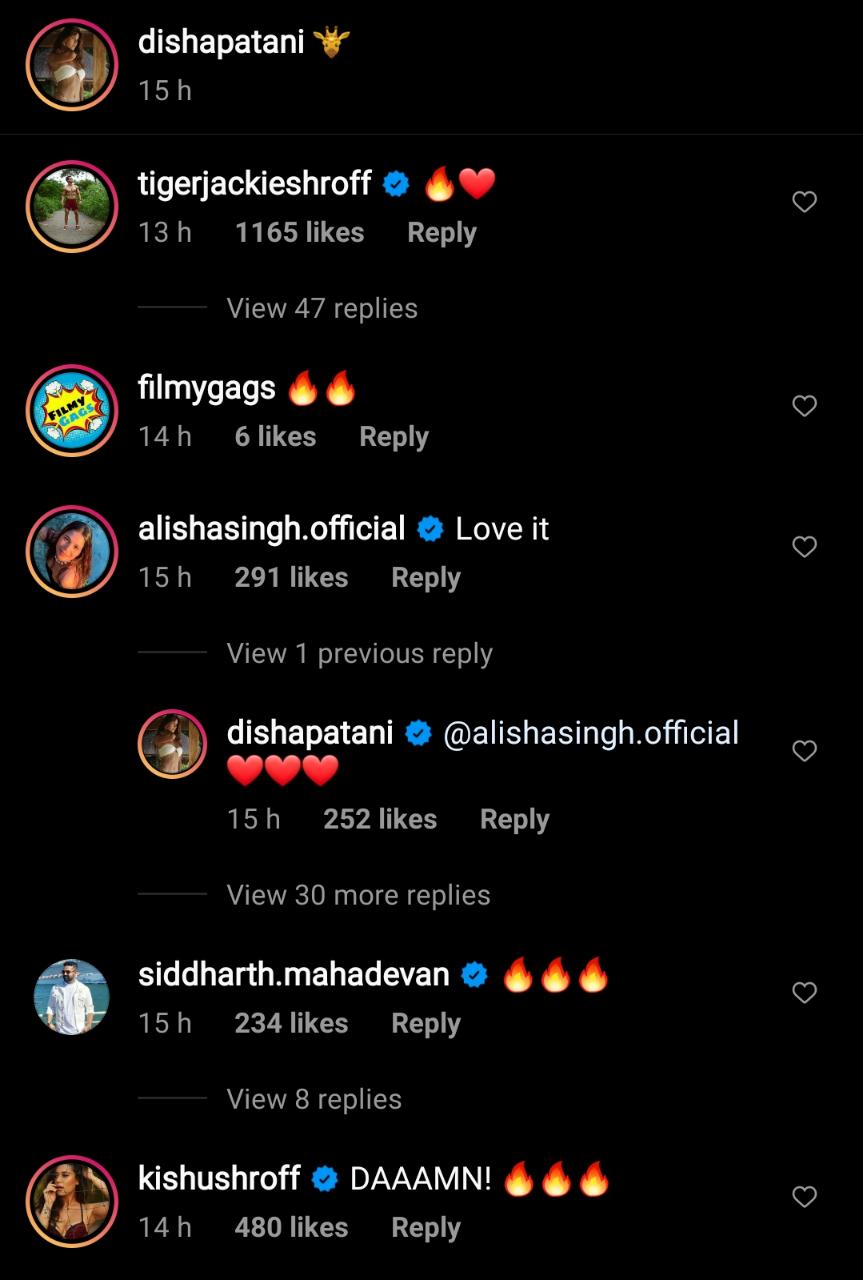