Don't Have Money, Will Give It Back: Shraddha Kapoor To Paps As Varun Dhawan Buys Her Gift

"I've wanted this for so long. Thank you, Varun for getting it for me today. Didn't have any money on me. Will pay you back," wrote Shraddha Kapoor on Instagram

Did you know that Varun Dhawan and Shraddha Kapoor have been friends since the age of six? That's some close and thick friendship, and a proof of that was recently visible at the Mumbai airport. Shraddha Kapoor while returning from her 'Street Dancer 3D' promotions, received a special gift from Varun Dhawan at the airport — a xylophone.

The actress had been wanting it for very long but couldn't buy it because she had no money. Varun immediately came to her rescue, opened her wallet and bought the musical instrument. But what caught everyone's attention was how adorable and cute Shraddha looked when she informed paps, 'I don't have money, I will give it back to him.'

She later took to her Instagram to share a video of playing the instrument and wrote: "I've wanted this for so long. Thank you Varun for getting it for me today. Didn't have any money on me. Will pay you back." For those unaware, Varun in a tweet (in 2015) had written: "She's been my friend and by my side since 21 years and hope we continue being friends always @ShraddhaKapoor." [sic]

Shraddha Kapoor reveals she is excited to work with Ranbir Kapoor 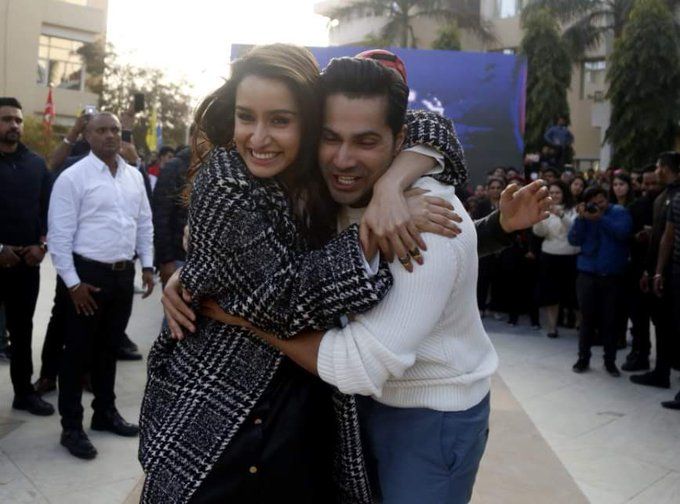 The duo was last seen together in ABCD 2 and Street Dancer 3D will be the third instalment in the film's franchise. Both Shraddha Kapoor and Varun Dhawan have evolved since their last film together, both as dancers as well as performers. As for Street Dancer 3D, the two stars will be seen taking it to the next level. For the unversed, Katrina Kaif was reportedly the first choice for the film, but as luck had it, the film eventually went to Shraddha Kapoor. Directed by Remo D'Souza, Street Dancer 3D also stars Aparshakti Khurana and Nora Fatehi in pivotal roles. It is slated to release on January 24 and clash with Kangana Ranaut's Panga.