On April 30, 2021, Urvashi Rautela's new song 'Doob Gaye' was released on YouTube by T-series label. Many fans have been reacting in the comments section -


On April 30, 2021, Urvashi Rautela's new song Doob Gaye was released on YouTube by T-series label. For Doob Gaye song, the Bollywood actor has now collaborated with the Punjabi pop singer, Guru Randhawa. For the past few days, the model-turned-actor and the singer have been teasing their fans and followers with behind-the-scenes pictures and videos from the sets of the song. On April 27, 2021, Urvashi dropped a teaser for the fans and announced the release date of her latest MV. Now that the song has been released, many fans have been reacting in the comments section.

The Doob Gaye song has garnered umpteen likes from Urvashi and Guru's fans on YouTube. Within just a few minutes of its release, the video has amassed more than 29K views and more than six thousand likes. Several fans have dropped lovely comments and complimented the actor and the singer, while a few others have simply dropped red hearts and heart-eyed face emoticons. A fan commented, "Omg. What a Combo. What a chemistry Behalf Guru & Urvashi" with a heart. Another one wrote, "In This Song, we get all superstar's Guru Randhawa Soulful voice. Urvashi Rautela queen of Millions heart. Janni not a writer... Legend". A netizen commented, "Supper song Guru and Urvashi" with several shining red hearts. Another one wrote, "Guru Randhawa back with his talent singing" with several hearts. 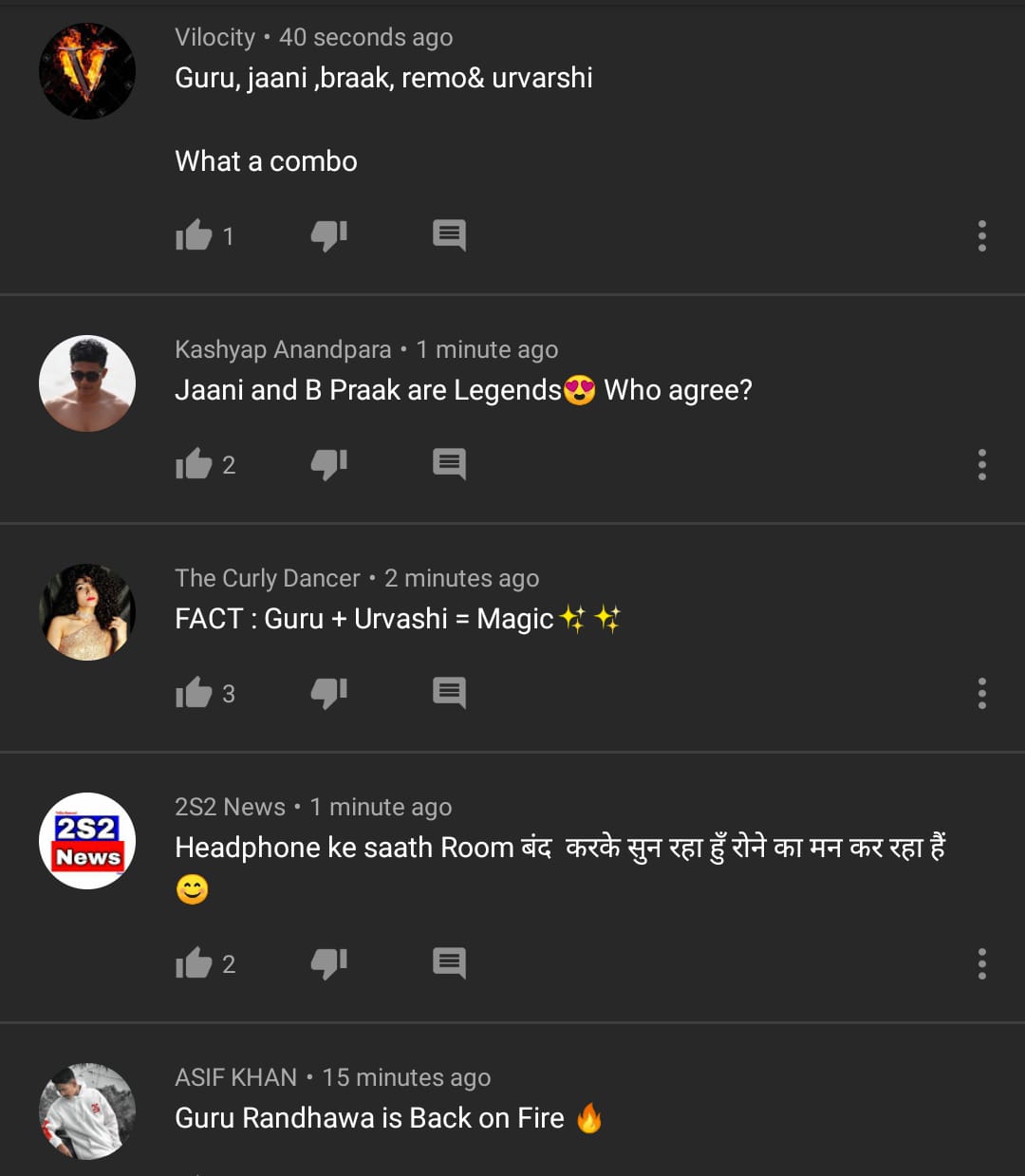 Helmed by Remo D'Souza, the song is composed by B Praak, while it is sung by Guru Randhawa himself. Guru Randhawa's new song is released under the T-Series label and it shows an intense love story. In the song, Guru can be seen working as a waiter in a restaurant, while Urvashi can be seen in love with him. The duo can be seen laughing together and having fun by the beach in the song. The five-minute video also shows Urvashi with another man and later, realising her love for Guru. At the end of the song, one can see her come running towards Guru and hugging him happily. The video gives a happy ending to the couple's love story which the viewers expect.