Hema Malini, the 'Dream Girl' of Bollywood, has her 73rd birthday on Saturday. List of her most memorable lines from the films the actress starred in. 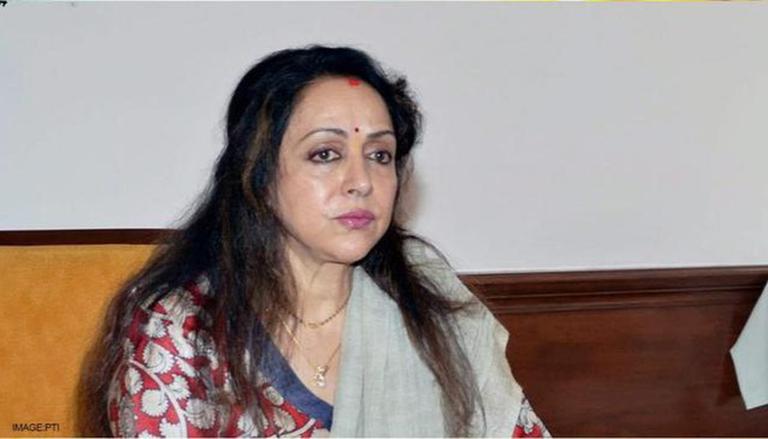 
Hema Malini, the 'Dream Girl' of Bollywood, ringed into her 73rd birthday on Saturday, October 16. The actor, who was born into a Brahmin family in Tamil Nadu, made her acting debut in the 1963 Tamil film Idhu Sathiyam. In 1986, she made her Bollywood debut in the film Sapno Ka Saudagar, co-starring legendary superstar Raj Kapoor. Hema became one of India's highest-paid female actors after being dubbed as the 'Dream Girl' of Bollywood for her stunning beauty and a wide range of roles that demonstrated her acting prowess on the big screen.

She garnered eleven nominations for the Filmfare Award for Best Actress during her career, winning the award in 1973. Malini received the Filmfare Lifetime Achievement Award in 2000, as well as the Filmfare Special Award for 50 Years of Outstanding Contribution to Cinema in 2019. She has also been awarded the Padma Shri, India's fourth-highest civilian honour. Malini received an Honorary Doctorate from Sir Padampat Singhania University in 2012 in appreciation of her contribution to Indian cinema. The National Film Development Corporation was also chaired by Malini.

Hema Malini's achievements over the years

Malini was honoured by Bhajan Sopori in Delhi in 2006 with the Sopori Academy of Music and Performing Arts (SaMaPa) Vitasta award for her dedication and service to Indian culture and dance. In 2013, the Government of Andhra Pradesh honoured her with the NTR National Award for her contributions to Indian cinema. Malini served in the Rajya Sabha, the upper house of parliament, as a member of the Bharatiya Janata Party from 2003 until 2009. Malini was elected to the Lok Sabha in 2014. Malini has volunteered for charity and social causes. Malini is currently a life member of the International Society for Krishna Consciousness (ISKCON).

Here are some of her most memorable lines from the films that made her an unstoppable star:

Hema Malini's humorous yet vicious speech is from one of her most famous films, Seeta Aur Geeta. Hema played two roles in the 1972 cult classic. The narrative of twin sisters Seeta and Geeta, who were separated at birth, is told in the film, which also stars Dharmendra and Sanjeev Kumar. Seeta is tormented by her harsh aunt, while Geeta, a fiery young woman, grows up to become a street performer. When they switch places, their lives change. Geeta realises how harsh Seeta has been treated and vows to give her an important lesson. For her outstanding performance in the film, Hema won the 'Filmfare Award for Best Actress.'

This iconic line comes from another timeless hit, Sholay, in which Hema played with megastar Amitabh Bachchan, Dharmendra, Jaya Bachchan, and Amjad Khan. Hema played Basanti, a legendary literary figure for whom she would be known forever. When Hema tries to flee from Gabbar Singh's local thugs, the dialogue appears (iconic villain character played by Amjad Khan). Dhanno is Basanti's horse, or perhaps the most popular silver screen horse, according to her words.

This iconic phrase was also spoken by Hema as Basanti in Sholay. The film is directed by Ramesh Sippy and tells the narrative of Jai (Amitabh) and Veeru (Dharmendra), two ex-convicts recruited by Thakur Baldev Singh (Sanjeev) to help him apprehend Gabbar Singh (Amjad), a dacoit who terrorises the village of Ramgarh.

The line is from Hema's 1990 drama film Jamai Raja, in which she co-starred with Madhuri Dixit and Anil Kapoor. Hema played Durgeshwari Devi, a wealthy and rigid woman who terrorises everyone in her company and at home. When her daughter Rekha (Madhuri) falls in love with an unemployed lad named Raja (Anil), the situation shifts. Hema tries to sabotage their relationship, but Raja is too clever for her.

This well-known line comes from Hema's 1977 film Dhoop Chhaon, which also starred Sanjeev Kapoor, Yogita Bali, and Om Shivpuri. Hema was cast in the character of Lajjo, a blind lady who is pushed into prostitution. The plot follows Dr Paras (Sanjeev) as he travels to a tiny town in India to treat the patients after a plague breaks out in the area. He falls in love with Lajjo while there, but his father (Om) forbids him from marrying Dr Manju (Yogita).