Taking to Instagram, Ekta Kapoor recently shared a cherishing bunch of photos and wished Neetu Kapoor on her birthday. Check out the photos. 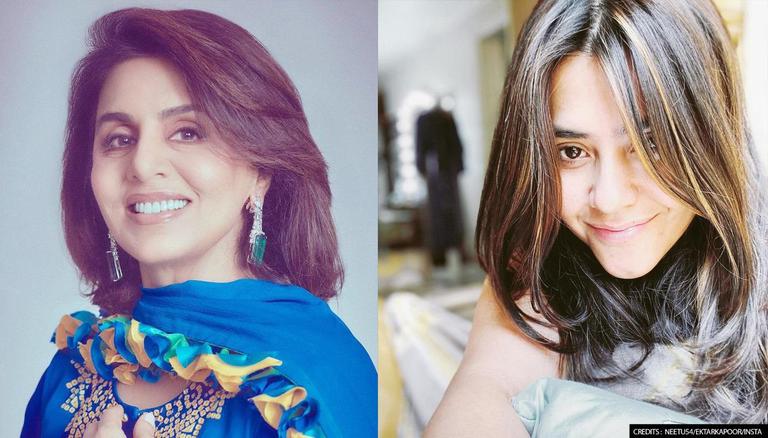 
Neetu Kapoor recently turned 63 and received tons of love and good wishes from not only her fans but also from her close ones from the entertainment industry. One of them included Ekta Kapoor who shared some of their beautiful moments on social media and penned down a heartfelt birthday note for her. Even Neetu Kapoor took to Ekta’s social media post and thanked her for a lovely birthday wish.

On the occasion of Neetu Kapoor’s birthday, the TV Czarina Ekta Kapoor took to her Instagram handle and posted a series of memorable photos of her. In the first one, she posted a selfie of them together where Ekta can be seen pouting for the camera while Neetu Kapoor was seen smiling gleefully. In the next two ones, she added glimpses of Neetu Kapoor where she posed with her mother, Shobha Kapoor with a bunch of other women in the frame.

In the caption, she added a heartwarming note on Neetu Kapoor’s birthday that stated, “There r ppl who u love an admire n may not@meet them much n Neetu aunty is one of them”. She then wished her super birthday and praised her on how she was spectacular in every role she donned both in her films and her life and finally ended the note by stating, “Me n mom love uuuuuuu”.

Neetu Kapoor was delighted with the lovable birthday post she received from Ekta Kapoor and thanked her through the comments section and also stated how much she loved her. Even Neetu Kapoor’s daughter, Riddhima Kapoor Sahni took to Ekta Kapoor’s Instagram post and dropped in a heart symbol. Numerous fans also sent birthday wishes to Neetu Kapoor through the comments and mentioned how she was the most beautiful and evergreen diva of Bollywood. Some of them also dropped in surprised face emojis along with hearts and fire symbols to express their feeling about how much they loved her latest photos. Have a look at some of the reactions to Ekta Kapoor’s Instagram post on Neetu Kapoor’s birthday. 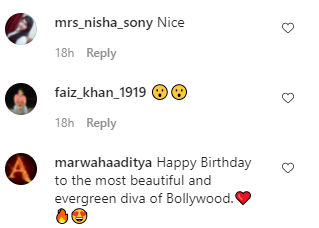