Elli AvrRam shares the first look of her brand new music video called Fidaai. Fans wished her all the best and are waiting for its release. Read to know more

Actor Elli AvrRam took to Instagram to release the first look of her new music video called Fidaai. The upcoming song is composed and sung by Rahul Jain. Elli AvrRam on Friday shared a short teaser in which can be seen standing in the rain while embracing a man. She captioned the post and said that when the heart takes over the mind cannot do a thing.

She also announced the cast and crew of the music video in her post. The music video is directed and choreographed by Saurabh Prajapati. The lyrics of the song have been penned by Amit Lakhani and the song has been produced by Wild Mushrooms. The song will release on February 25.

Fans are loving the first look of Elli AvrRam's song Fidaai. Some wished the actor the best of luck while several others were excited and desperate for the release of the song. Several others also congratulated the entire team of Fidaai and asked for the release date of Fidaai. Check out some of the reactions of Elli's fans and followers on her post below: 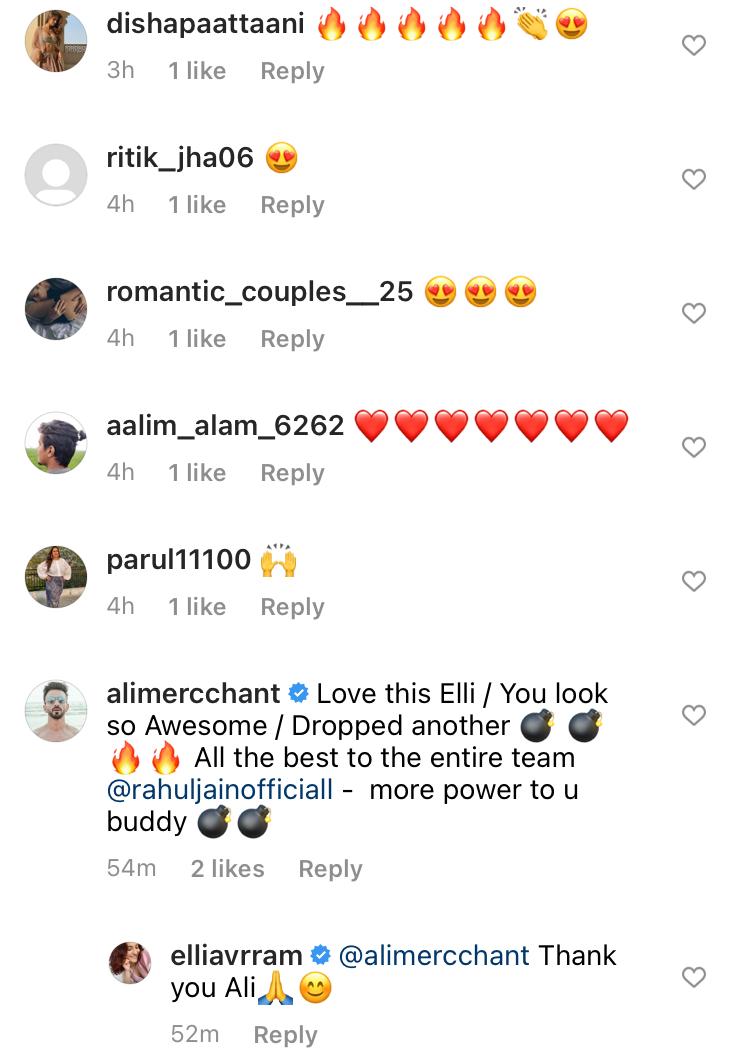 Elli AvrRam's photo and videos to check out

Elli AvrRam keeps her fans entertained on her social media. She is very active on Instagram and usually shares all updates about her life on the social media feed. She recently shared a video in which she danced with the Bollywood choreographer Shazia Shamji. She also shared a poster of a new T-Series film starring Kunal Kapoor and Amyra Dastur called Koi Jaane Na which will release on March 26, 2021.

Elli AvrRam made her Bollywood debut with Mickey Virus which received a pretty good response. She then appeared with Kapil Sharma on his debut film called Kis Kisko Pyaar Karoon. Shen then starred in Naam Shabana and also appeared for a special song of the film Poster Boys in 2017. Elli AvrRam is a very skilful dancer and has appeared in several songs for films like Baazar, Fraud Saiyaan, and Jabriya Jodi. She also played a special role in Malang along with Disha Patani and Aditya Roy Kapur. In 2020, she appeared in an important role for the Tamil film Paris Paris.