Stay tuned to this space to keep up with everything that's trending and latest in the fields of Bollywood News, Hollywood News and Television News.
Sujoy Ghosh pens a note as Vidya Balan starrer 'Kahaani' clocks 8 years
3 weeks ago | March 09, 2020 14:17

'Kahaani', that hit the screens in 2012, clocks eight years today. The movie features Vidya Balan in the lead role, playing a role of a pregnant woman. The movie also stars Nawazuddin Siddique, Parambrata Chattopadhyay and Indraneil Sengupta in pivotal roles.

Helmed by Sujoy Ghosh, Kahaani did stupendously well with the audience and critics alike. Reminiscing his journey, director Sujoy Ghosh has shared a special post. 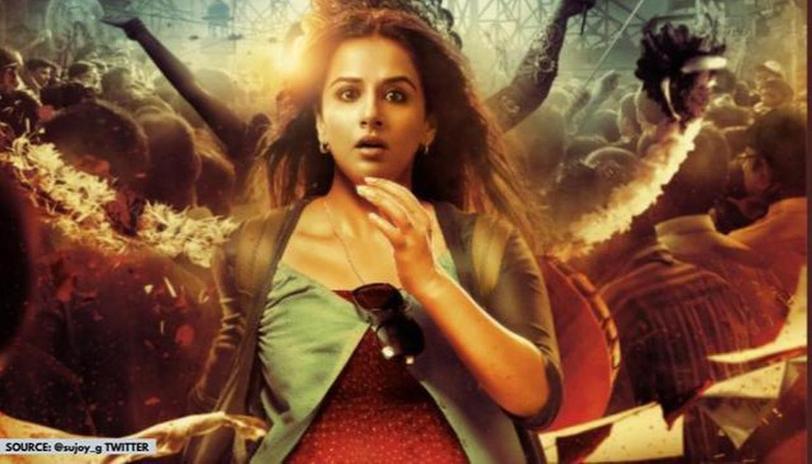 'Baaghi 3' had a good start on its day one at the box office but saw a slit decline on day two. The film again gained momentum on Sunday and crossed Rs 50 crore mark in its three days. There are several factors that are said to affect its collections. 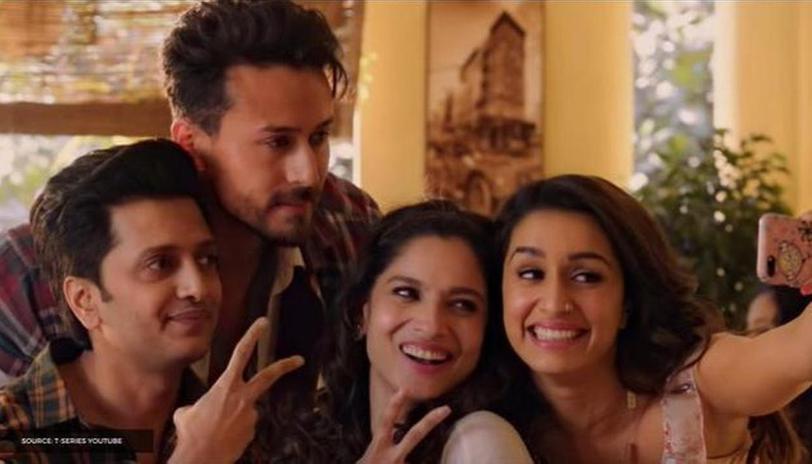 Once Janhvi Kapoor was on the radar of the fashion police as she stepped out wearing the same outfit twice. Janhvi Kapoor had an epic reply to this and went on to say that she hadn't earned so much money yet that she would wear new outfits every day. The actor also revealed that she does get affected by the trolls who constantly find faults with her outfits. Janhvi Kapoor further added that it is not possible to please everybody when it comes to her outfits. The Gunjan Saxena actor further said that she is ready to take criticisms when it comes to her work as it will help her to hone up her skills as an actor. But Janhvi Kapoor also said that how she looks while coming out of her gym is not her 'job'. 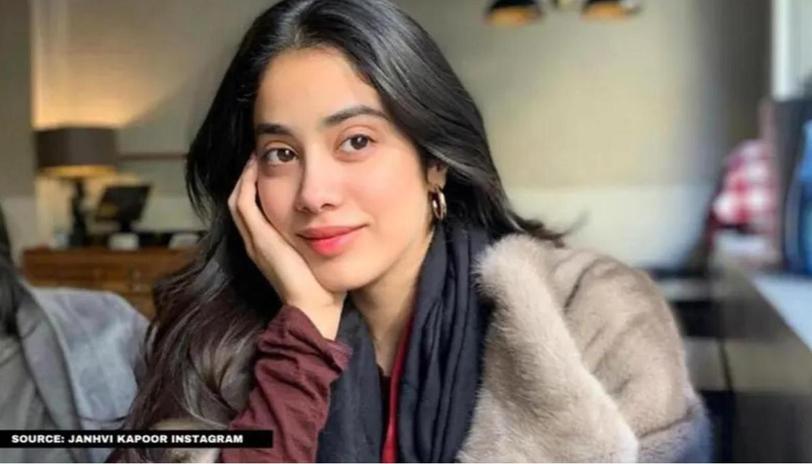 AR Rahman’s daughters became a part of headlines recently when Taslima Nasreen attacked Khatija Rahman for her ‘suffocating’ burqa. Khatija had then highlighted her ‘freedom to choose’, while her sister Raheema, who does not wear a burqa, had also come out in her support. As International Women’s Day was celebrated on Sunday, Raheema reiterated the message of ‘freedom of choice’ and ‘different lifestyle.’ On Sunday, Raheema shared a photograph with Khatija, her mother Sairaa and Nita Ambani. She conveyed her message for Women’s Day by using ‘#FreedomOfChoice,’ ‘#DifferentLifestyle' hashtags. The picture is not recent and incidentally was used by AR Rahman to share the same message in February 2019. He had asserted his daughter’s ‘freedom to choose’ with the snap of the ‘precious ladies’ of his family with the Chairperson of Reliance Foundation.

Kareena Kapoor had played the role of a stepmother in We Are Family in 2010. The actor became one in real life too two years after the film’s release when she married Saif Ali Khan. Kareena, however, did not seem to be too pleased with the tag ‘stepmom’. In an interview with an entertainment portal, the actor stated that people have been addressing her as ‘stepmom’, and she wonders ‘for what’, stating she had ‘no idea’ why because that was not the case. The 3 Idiots star added that she did not look at life that way and believed that no one should do so either.

As Anupam Kher celebrated his 65th birthday on March 7, celebreties and fans took to social media and poured love on the Wednesday star. Prime Minister Narendra Modi also sent his good wishes to the veteran, however, in a different manner. He sent his birthday wishes to Kher via his app. The 65-yeard-old shared a snapshot of PM Modi’s wish for him. The wish looked exactly like a postcard, with the stamp and the PM’s photograph on it. PM’s message read, “Dear Anupam, Wish you a very Happy Birthday. May this year bring more happiness and success in your life,” before ending it with his signature.

Thank you Prime Minister @narendramodi ji for sending me your warm wishes on my birthday through your App. It made me extremely happy. Your intent to reach out to people is humbling. I felt blessed. May you continue to inspire millions of Indians for years to come. Jai Ho!🙏🇮🇳 pic.twitter.com/ekUbhY2ssM

Recently, The Weeknd took the stage at Studio 8H wearing an all-black outfit layered with a red blazer. However, what caught the attention of the audience was The Weeknd's nose, which was blood-streaked with a bandage over it. Fans who are familiar with his work understood that the look is part of the storyline to his new short film and upcoming album After Hours. The singer wears the same red suit, bloody makeup and bandage in the After Hours short film that released on March 4, 2020.

Singer Ed Sheeran  has now added another tattoo to his extensive collection of body art, and this time it is dedicated to his five future children. The Thinking Out Loud singer has got a new tattoo of rings on his back. He apparently plans to dedicate this tattoo to his future kids by getting their handprints inked inside each circle. 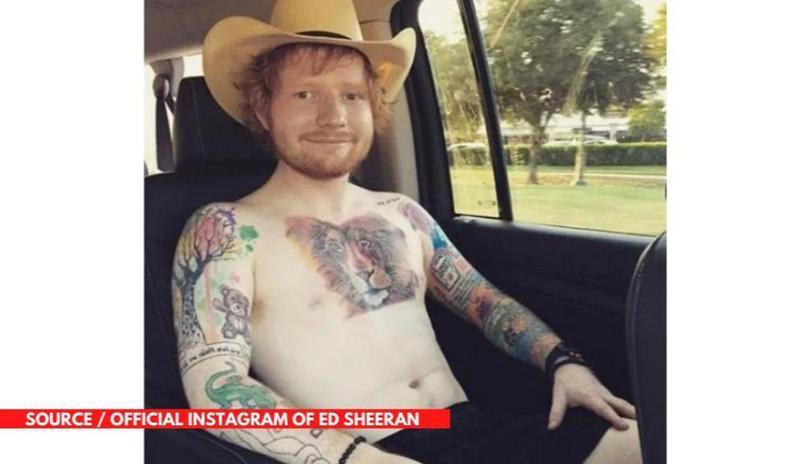 Ever since Kareena Kapoor Khan made her Instagram debut, fans are swooning over every post of the Angrezi Medium actor. After sharing pictures of Taimur Ali Khan and Saif Ali Khan, Kareena on Sunday night treated her fans with yet another selfie with Karisma Kapoor and mother Babita. The three Kapoor divas look absolutely gorgeous in the selfie and all decked up for Karisma’s upcoming web series’ promotions. The caption reads: 'Wonder women... My life in colour'.

Deepika Padukone recently had a glamorous beach photoshoot with a popular magazine. However, Twitterati lost no time in turning the magazine cover image into a meme. They made a meme out of the pose, which shows her with a broomstick in hand just like one form the Harry Potter film franchise. Deepika Padukone shared the meme on her IG story with a clapping GIF. 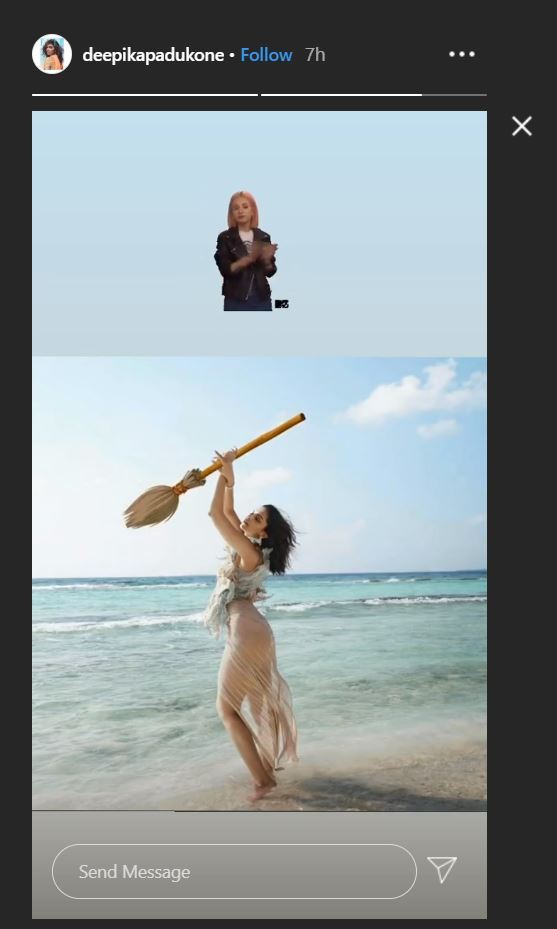 PEOPLE HAVE PLEDGED SO FAR
Malaika Arora opens up about battling trolls, says 'I don’t care and I don’t bother'
Preity Zinta picks 'Soldier' to watch with husband Gene, says, 'watching after forever'
'The Girl on the Train' & other book adaptations to look forward to in Bollywood
When Ayushmann Khurrana gave a tip to Bhumi Pednekar's future boyfriend
Sunny Kaushal on Vicky Kaushal dating Katrina Kaif: 'He is not even seeing anyone'
DO NOT MISS
ANDREW CUOMO STATEMENT ON BROTHER
OWAISI ON NIZAMUDDIN CASE
NAVY DEVELOPS IR-BASED SENSOR
PREMJI RASHID ISSUES STATEMENT
AUNG SAN SUU KYI JOINS FACEBOOK
FANS EXCITED FOR KOHLI-KP TALK