Pushpa: The Rise makers announced that they will unveil Fahadh Faasil's first look from the upcoming flick on August 28, 2021 at 10.08 am, 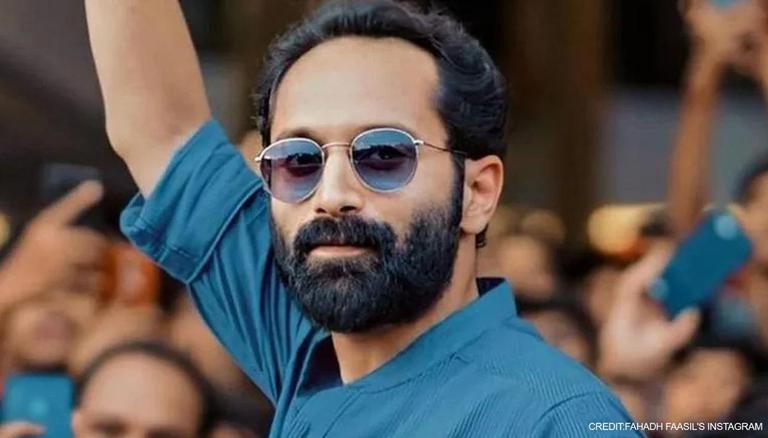 
Malayalam actor Fahadh Faasil will be seen playing the antagonist in Allu Arjun starrer Pushpa: The Rise (Part 1). The makers of this movie have taken to the official Twitter handle and announced that they will unveil his first look from the upcoming flick on August 28, 2021 at 10.08 am. Read on to know more.

Fahadh Faasil from Pushpa: The Rise (Part 1) to be out on Aug 28

Taking to the micro-blogging site, the filmmakers of Pushpa: The Rise (Part 1) announced the happy news along with a poster. The poster features Faasil's eye and reads, "Evil was never so dangerous. Revealing the first look of Fahadh Faasil tomorrow @ 10.08 am." Sharing the same, the makers tweeted, "You've seen '#PushpaRaj,' now meet his nemesis First look of '#FahadhFaasil' tomorrow at 10.08 AM! '#PushpaTheRise' '#ThaggedheLe' '#VillainOfPushpa.'"

READ | On Fahadh Faasil's 39th birthday, 5 movies that will convince you of his acting chops

As soon as the makers shared the update, many of his fans and followers rushed to express their excitement. Several of them simply dropped red hearts and fire emojis. A fan tweeted, "Mawa MASS... Waiting." Another one added, "Waiting for wanted villain..." with fire emojis. A netizen chipped in, "Mass loading."

On August 21, the Bangalore Days star had joined the film's set post lockdown 2021. The makers unveiled a new poster of Faasil as the antagonist on the actor's 39th birthday on August 8. Helmed by Sukumar, the film also stars Allu Arjun and Rashmika Mandanna in the lead roles. The film will be released in two parts. It revolves around the smuggling of red sandalwood.

The film was initially scheduled to release in theatres on August 13. However, owing to the COVID-19 pandemic and its subsequent lockdown, the release was postponed. It is slated for release in theatres during Christmas holidays on December 25. Pushpa: The Rise will clash at the box-office with Aamir Khan starrer Laal Singh Chaddha. The film's first song, Odu Odu Aadu has already been released on the internet on August 13. The music is composed by Devi Sri Prasad.

Fahadh Faasil was last seen in Malik as Sulaiman Malik. The film was released on Amazon Prime Video. The actor will also has Tamil films- Malayankunju, Vikram in the pipeline. Both the films are currently being shot.