Farah Khan Kunder took to Instagram and treated her fans and followers with an adorable picture featuring herself with Suniel Shetty and Dino Morea. 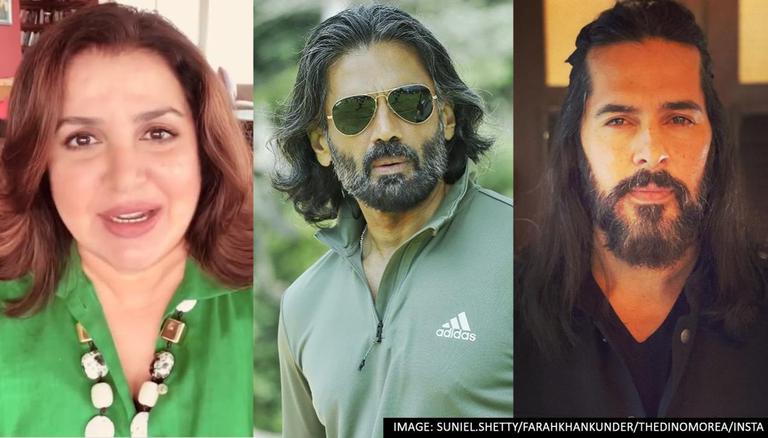 
Recently Bollywood filmmaker and choreographer Farah Khan Kunder took to her official Instagram handle and treated her fans and followers with an adorable picture featuring herself, actors- Suniel Shetty and Dino Morea.

The trio can be seen happily posing for a selfie, which was apparently clicked at an airport. Sharing the picture, Farah penned a sweet note as she reunited with her 'good looking friends.'

Taking to the photo-sharing site, choreographer Farah Khan Kunder posted a selfie where she can be seen donning a floral print top, while Suniel Shetty and Dino Morea looked dapper in their casual outfits. Suniel wore a light blue full sleeves t-shirt and he added a printed black bandana and a pair of dark shades to complete his look. He pulled his long hair into a half ponytail. On the other hand, Dino sported a grey t-shirt which he teamed up with a denim jacket and a grey colored beanie cap. He also added dark shades to enhance his look.

Sharing the snap, Farah wrote, "When u bump into friends ( good looking ones) at the airport.. the journey just gets better ♥️ @suniel.shetty @thedinomorea." As soon as the picture was uploaded, many fans and followers rushed to compliment the trio. A few fans also requested the filmmaker to make a sequel to her hit film, Main Hoon Na, which showed Suniel in a role of an antagonist. Meanwhile, the filmmaker is also making headlines as her 13-year-old daughter, Anya Kunder has bagged a Compassionate Kid Award from People for the Ethical Treatment of Animals (PETA) India. As per a report by MidDay, the award comes in recognition of her work to homeless animals during the novel COVID pandemic.