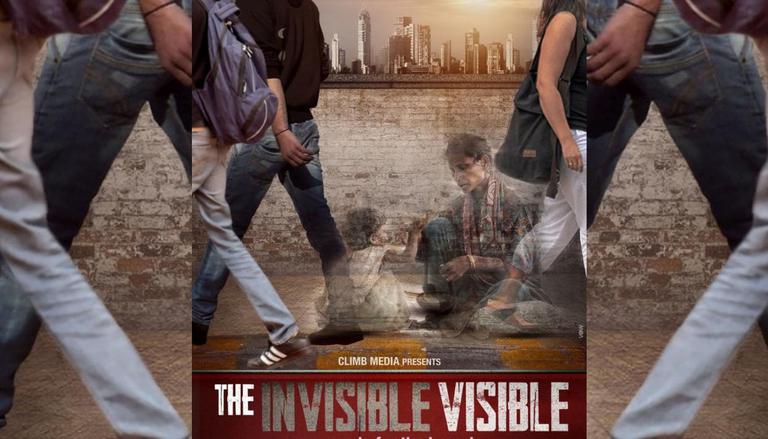 The 81-minute long documentary is shot across Mumbai, Patna, Delhi, Dehradun, Kanpur, Bihar, and a few villages in Maharashtra. The documentary is set to release in mid-2022.

Talking about the documentary, Kireet told ANI, "India has the largest number of homeless people. It has over 70 million destitute citizens who have been denied their Constitutional right to shelter. The draconian Bombay Beggary Prevention Act 1959 has further criminalized them and made them vulnerable to incarceration, torture, and dehumanization."

India is 'home' to an estimated staggering 70mn. homeless. Today, 10th Oct., is observed as WORLD HOMELESS DAY. Let's do our bit to visibilise the 'invisibles' in our country. Do share widely.#theinvisiblevisible #nation4homeless #decriminalisebeggary https://t.co/S0zvEUi9dx

He continued, "The film delineates how the marginalized and the disenfranchised have been left out in the cold and in some cases, exploited in shelter under the watch of the state, as happened during the infamous Muzaffarpur case, where hundreds of girls between 6 and 15 were raped, tortured and killed."

Further Kireet also expects that the film will serve as a catalyst for states to set up shelters for the homeless in each district and have independent and credible agencies to audit them regularly.

About The Invisible Visible

The documentary explores through the gaze of social organization Koshish, which has supported countless traumatized homeless citizens, including the survivors of the infamous Muzaffarpur case. It chronicles the beginning of Koshish from the time in 2003, when Tarique, a 17-year-old student from the Hindu College went to a homeless shelter to distribute food and was devastated by the misery confronting him.

READ | If you loved 'Wild Wild Country', here are 5 documentaries based on cults to binge-watch

The documentary will share "the sordid stories of the homeless, the role of stakeholders, top lawyers, and NGOs that work assiduously on issues of homelessness at the ground level and at the advocacy level, working towards framing laws that are just and equitable."

Filmmaker Kireet Khurana won his first National award for the animated film Mahagiri. He is known for creating over 500 ads and more than 12 short stories. He has directed Toonpur ka Superhero which stars Ajay Devgn and Kajol. His highly acclaimed feature film T for Taj Mahal, which was released in 2018, was launched at the Festival de Cannes in the same year and premiered at the London Indian Film Festival.

READ | If you loved 'Chadwick Boseman: Portrait of an Artist', Here are similar documentaries

READ | 2 documentaries up for Oscars tell stories of nonagenarians

WE RECOMMEND
Indian documentaries that you can binge-watch on Netflix right away
Kajol's films to binge-watch on Zee5; From 'Gupt' to 'Pyaar Kiya To Darna Kya'
Listen to the latest songs, only on JioSaavn.com