From 'Dangal' To 'Paagglait' - An Ode To Sanya Malhotra's Powerful Performances!

Be it Dangal's Babita Phogat or Pagglait's Sandhya, Sanya Malhotra gives her best with every role that she plays. Let us revisit all her performances! 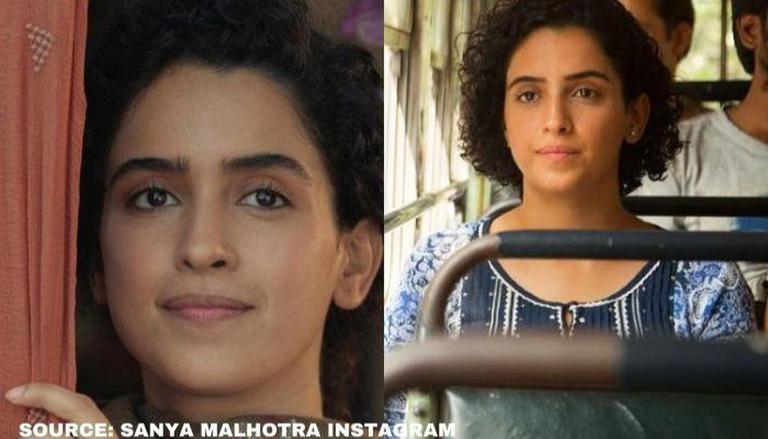 Source: Sanya Malhotra Instagram and a still from Photograph


With her first-ever performance in 2016, Sanya Malhotra made sure that she made a special place in our hearts as a performer. Ever since then, there was no looking back for the Dangal actress! Sanya makes it a point to constantly reinvent herself with her script choices, proving that she is one of the most diverse actresses. Sanya Malhotra's movies are a guaranteed entertainer, no matter who you are or where you come from.

In 2016, as everyone awaited the Aamir Khan starrer Dangal, the Dangal cast gave us another actress that we would remember long after the movie. Having the perfectionist Aamir Khan as a part of the Dangal cast would have made her nervous, but that certainly did not stop her from living the role of Babita Phogat. She went to every length to convince the audience that she was Babita Phogat, even if it included chopping her hair off or training for hours!

After being a part of the highest-grossing film of the year, with her debut, Sanya made sure she showed the industry what more she could do as a performer. For her second film, Sanya played Genda 'Chhutki' Kumari in the Vishal Bharadwaj directorial Pataakha. Sanya won us with her portrayal of an earnest rural girl who was unabashed in all walks of life!

READ | Sanya Malhotra's Net Worth will leave you shocked and surprised; read details

In 2019, Sanya starred opposite Ayushmann Khuranna in Badhai Ho as Renee Sharma. The chemistry that she shared with Ayushaman on-screen felt effortless and endearing. It kept us hooked to the story, and it was unlike any other role that she had taken up. She proved to us with Badhai Ho, that the hero of Sanya Malhotra's movies is always the story!

Sanya's next step would be a bold one, with her next venture being a non-commercial, critically acclaimed film Photograph. In a stark contrast role from that of Pataakha, she played a reserved, bright, and aspiring CA Miloni Shah. The movie went on to feature in various film festivals, and Sanya's role opposite Nawazuddin Siddique would be one of her best roles ever! Sanya proved her acting prowess with Photograph.

READ | Sanya Malhotra admits acting is an uncertain job, 'I go by my instinct to choose films'

In 2020, Sanya was a star who shined as bright as one could! She played Shakuntala Devi's daughter Anupama Banerji, in the film Shakuntala Devi, which explored the shades of the real-life mother-daughter relationship. With Vidya Balan by her side, she convinced us that they were the real Shakuntala and Anupama.

With the Anurag Basu directorial Ludo, she played the conflicted and flawed Shruti Choksi, who is not afraid to show her love for money. Her ability to be able to play a role like that as earnestly as she did, carved her name in all our minds as one of the best actresses.

Much like all her other films, with Pagglait Sanya made sure that she lived the role of Sandhya like no one else could! The Pagglait cast had some of the best artists including Ashutosh Rana and Sayani Gupta, but Sanya still managed to stand out. Sandhya was relatable and unimaginably quirky at the same time, and Sanya's performance was talked about more than any other performance from the Pagglait cast