Gauahar Khan shares adorable remix reel with husband Zaid and says that she hopes she is the first one to try the remix. Read on to know


Gauahar Khan recently took to her Instagram handle and posted an adorable video with her husband Zaid Darbar. The actor has over 4 million followers on the social media platform where she keeps her fans entertained by posting about her daily life. In her latest video, she is seen trying the remix reel feature of Instagram where one can post their version alongside an already existing video reel. Read on to know more details.

Zaid Darbar had shared a video of himself lip-syncing and dancing to Dil Kyun Ye Mera. He captioned the video as, “Mera dil toh ek hi ke liye shor karta hai , aap batao aapka kiske liye dhadakta hai ??? (My heart beats for only one person. Whom does your heart beat for)”. Gauahar Khan soon responded to the reel and caption by creating one remix of the same. Check out the video of Zaid Darbar on social media below:

READ | Gauahar Khan remembers father on his one-month death anniversary, says 'miss you so much'

Gauahar Khan later posted a remix reel with the caption, “Hahahaha I hope I’m the first one”. She was seen wearing a black camisole top with a floral print on it as she tied her hair back neatly in a bun. Watch the video of Gauahar on the same below.

A number of netizens including Zaid Darbar flocked to the post and left their reactions on Gauahar Khan’s video. While Zaid commented on the post, "Not the first one you are THE ONE" with a heart and a happy emoticon, many others circulated the video among the fans of the actor. A few other people also commented about Gauahar Khan's marriage and how good the actor looked in the video. 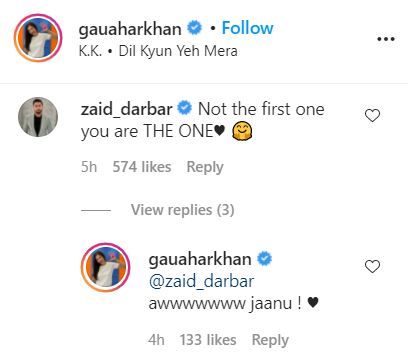 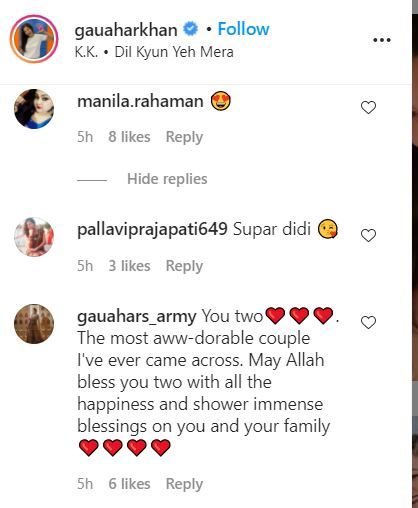 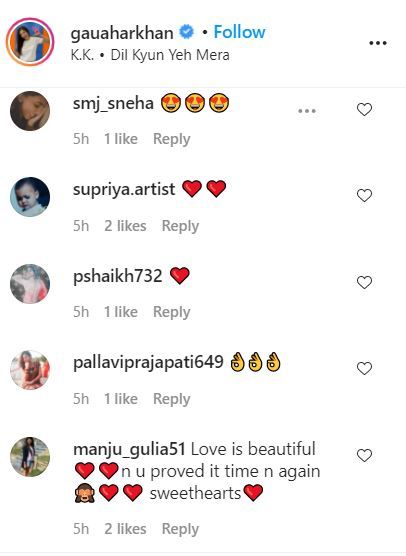