The cartoon poster also had a tag line that read, "What's inside the rapper!"

The actors acknowledge the honor with respective social media posts. Following the same, Ranveer shared the cartoon poster in his Instagram story and captioned it saying, "Ek number." 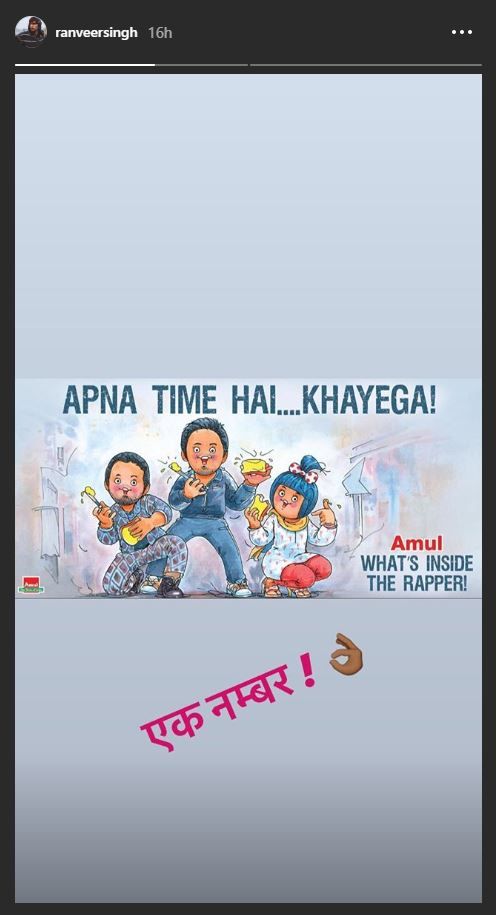 Actress Alia Bhatt also shared the post in her Instagram story as she captioned the post with a love-filled striker and tagged his co-star, director, and producers. 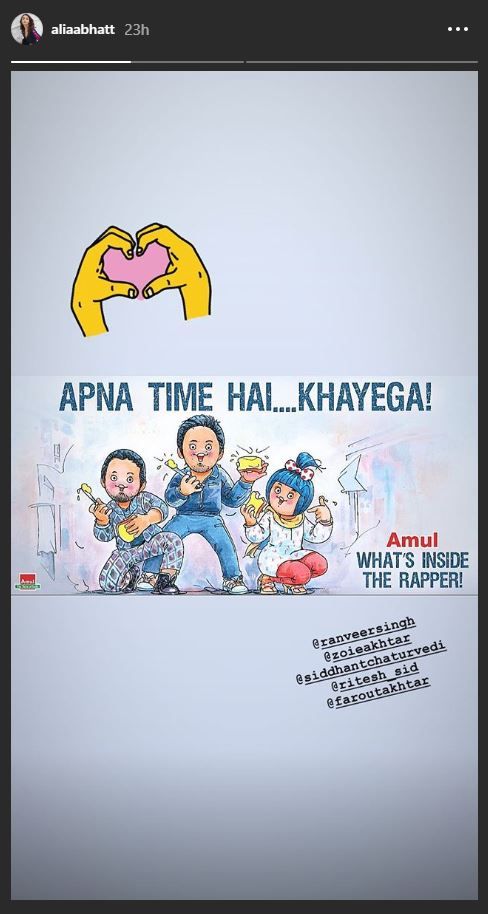 Moreover, actor Siddhant Chaturvedi who made a smashing debut in Bollywood with his performance as MC Sher also shared the doodle in his Instagram story. Expressing his overwhelming joy, he wrote, "Bachpan se ye billboards dekhein hai. Aur aaj " with a heart emoji. 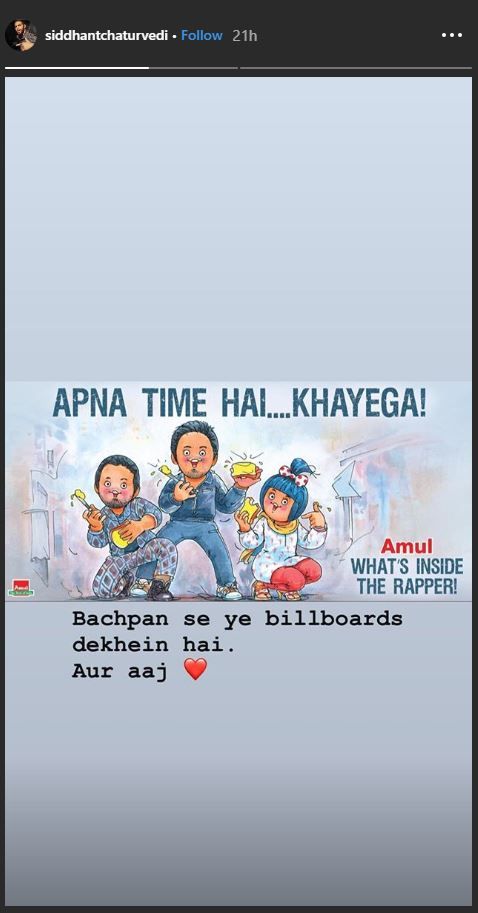 'Gully Boy' has won a million hearts owing to its storyline, direction and brilliant performances by the actors. Directed by Zoya Akhtar, 'Gully Boy' tells the story of an aspiring rapper who struggles his way up to success. It revolves around the underground rap movement in India where Ranveer Singh can be seen acing the role of a street rapper. Alia was seen in the role of his love interest in the film.

READ: Actor Prashant Narayanan To Ace The Role Of An Antagonist In The PM Narendra Modi Biopic

The musical drama has struck the right chords with the audience as all tracks of the rap-packed venture have become extremely popular. Ranveer who voiced most of the tracks was praised widely for his newly-discovered rapping skills. While many reviewed the film praising Ranveer for his versatility, a lot of them marked it as his career-best performance. It is co-produced by Zoya Akhtar's Tiger Baby and Farhan Akhtar's Excel Entertainment productions.

After making an international premiere at the Berlin Film Festival, the film hit the theaters on Valentine's Day, February 14. The film has been roaring at the Box office since then with a collection of over Rs. 72 crores in the first weekend.