Gulshan Devaiah took to Instagram to celebrate six years since the release of his adult comedy Hunterrr directed by Harshvardhan Kulkarni. Read more.

Actor Gulshan Devaiah took to Instagram to celebrate six years since the release of his hit adult-comedy Hunterrr. The 2015 release Hunterrr, directed by Harshavardhan Kulkarni captivated the audience with its fresh storyline and catchy songs. To commemorate the success of its release, the actor shared a snippet from the movie on his Instagram with a witty caption.

The 42-year-old actor shared a picture from the movie on his Instagram to celebrate six years of Hunterrr. In the picture, Gulshan is surrounded by the three women of the Hunterrr cast, where Radhika Apte can be seen pulling his tie while Sai and Veera stood next to the actor. The actor captioned the picture 'S*x years of HunteRRR by Harshvardhan Kulkarni'. He also thanked his fans for showing love and support for his movie.

Upon its release, the movie had enraptured the young fans with its fresh and relatable characters. The hype around the movie when it was released six years ago has not dimmed out as fans of the movie gathered in the actor's comment section to compliment the movie. Several fans demanded a sequel of the Hunterrr as one fan commented that the movie was one of the best movies she had watched. Hunterrr actress Sai Tamhankar also reposted the actor's post on her Instagram story to celebrate the movie. She captioned the story writing 'Six years' with many heart emojis. 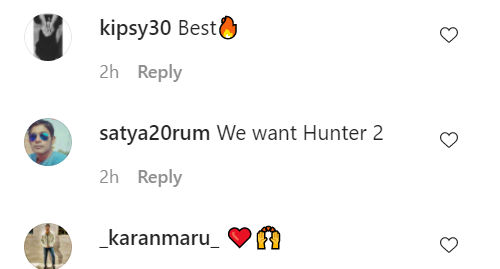 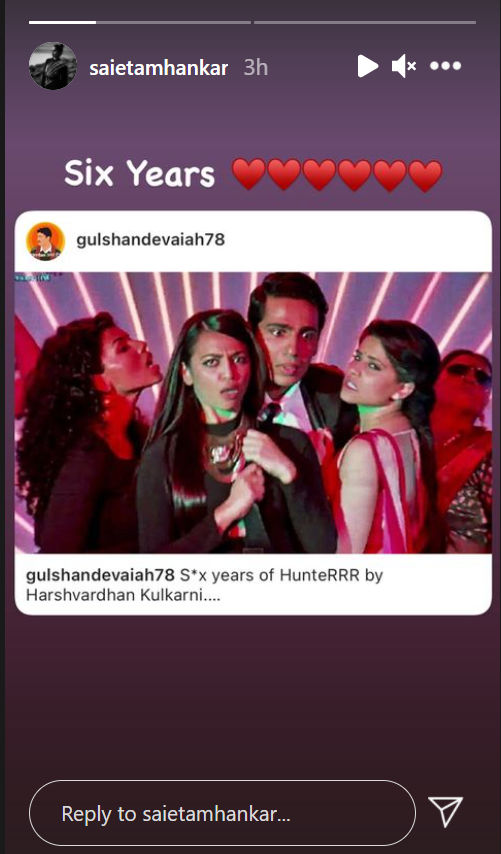 The adult comedy directed by Harshavardhan Kulkarni starred an impressive ensemble of actors like Gulshan Devaiah and Sai Tamhankar along with Radhika Apte and Veera Saxena playing pivotal roles. The plot of the movie revolves around the character of Gulshan named Mandar Ponkshe who is a sex addict in his 30s. He falls in love with the character of Sai Tamhankar and decides to change his life around by putting his past behind. The movie received a rating of 7 stars on IMBD with hit songs like Hunterrr 303 and Chori Chori.