Madhuri Dixit is one of the most versatile actors in the industry. On the occasion of her birthday, here is a watchlist of some of her best movies. 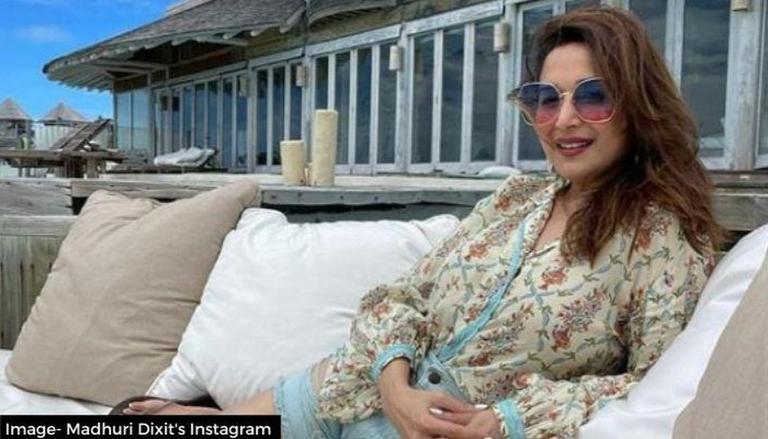 
Bollywood actor and professional dancer Madhuri Dixit has ruled the audience's hearts ever since her breakthrough in Tezaab. She has starred in over 70 Bollywood movies. She is also a trained Kathak dancer and her performance in the hit song Ek Do Teen is considered to be one of her best ones so far. The Saajan actor rings in her 54th birthday on May 15. On the occasion of Madhuri Dixit's birthday, here is a list of her best movies to watch.

This 1998 film revolves around Mahesh whose life turns to shambles after he gets sentenced to prison and separated from his lover Mohini. She has been suffering at the hands of her wicked father as well. Madhuri played the role of Mohini in this film and it is considered to be one of her best films.

This 1989 movie revolves around Laxmi who is saved by a local don from getting molested by a gangster. She despises her saviour initially but starts developing feelings for him and helps him change for the good. Madhuri plays the role of Laxmi in the movie.

This 1990's release revolves around Madhu and Raja who fall head over heels in love with each other and get married against their family's wishes. But their fathers try very hard to separate the two. Madhuri played the role of Madhu in this movie.

This 1991 romantic comedy revolves around Pooja who has captured the hearts of both Aakash and Aman and both are trying to woo her. Pooja has to decide who she truly loves. Madhuri Dixit played the role of Pooja in this movie.

This 1992 romantic drama revolves around Raju who is blinded by his stepmother's love for him but does not realise that she is only exploiting him for money. He marries Saraswati who learns that Raju's stepmother is only using him. Madhuri played the role of Saraswati. This is one of the best of Madhuri Dixit's movies.

This 1993 crime action movie revolves around a criminal, Ballu who escapes from notable police, Ram's nab and the latter's reputation is at stake. But Ram's girlfriend Ganga decades to help him catch hold of Ballu. Madhuri played the role of Ganga in the movie.

The plot of this classic romance-drama films revolves around Prem and Nisha who fall in love and wish to get married. But destiny plays its dirty game and Nisha is expected to marry Prem's brother Rajesh after his wife dies. Madhuri essayed the character of Nisha in the movie. This is one of the best of Madhuri Dixit's movies.

The plot of this movie revolves around the Gulaab Gang in Madhya Pradesh who take action against crimes like domestic violence and rape. Rajjo, the leader of the gang gets embroiled with a cunning politician Sumitra over politics. Madhuri Dixit played the role of Rajjo in the movie.