Bollywood actress Sonakshi Sinha has won the hearts of the world with her remarkable performance in films like 'Lootera' and 'Akira'.

Bollywood actress Sonakshi Sinha has won the hearts of the world with her remarkable performance in films like 'Lootera' and 'Akira'. The actress who is known for her chirpy roles and melodious singing turned 32 years old on Sunday, June 2. To celebrate the occasion, several Bollywood stars including Sonam Kapoor, Varun Dhawan, Alia Bhatt and others have extended heartfelt greetings to the actress on social media. 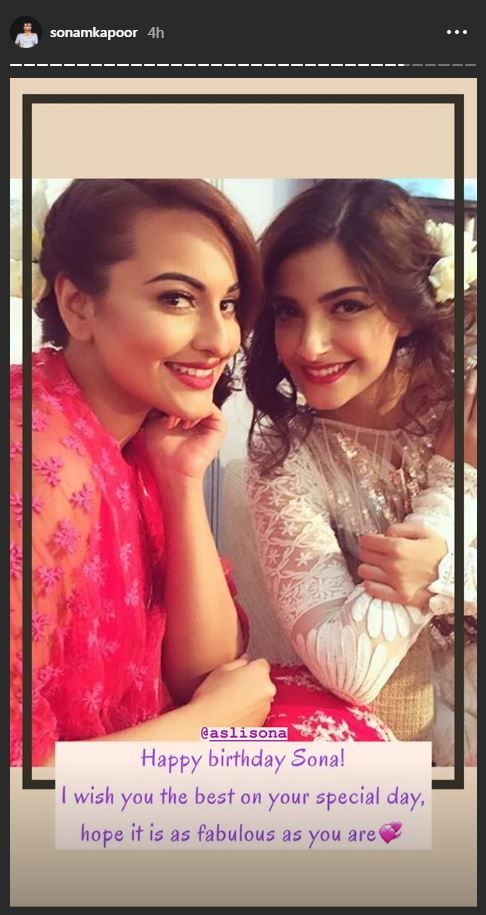 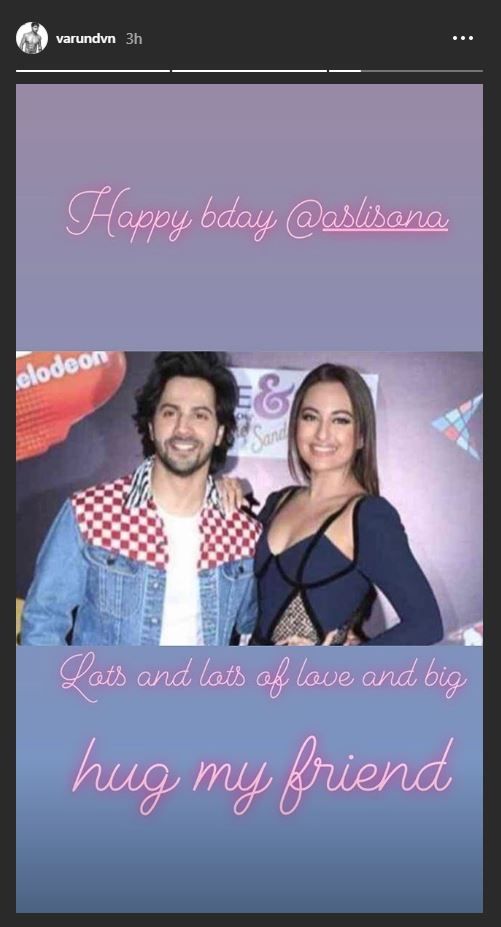 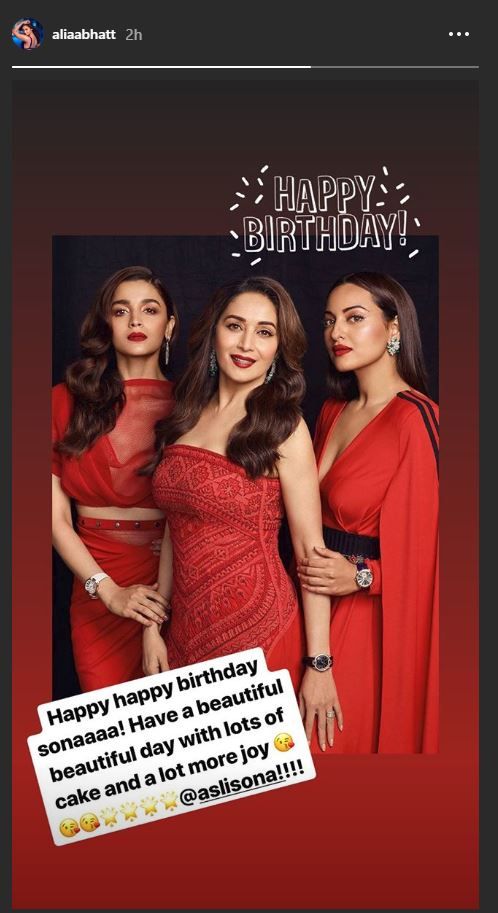 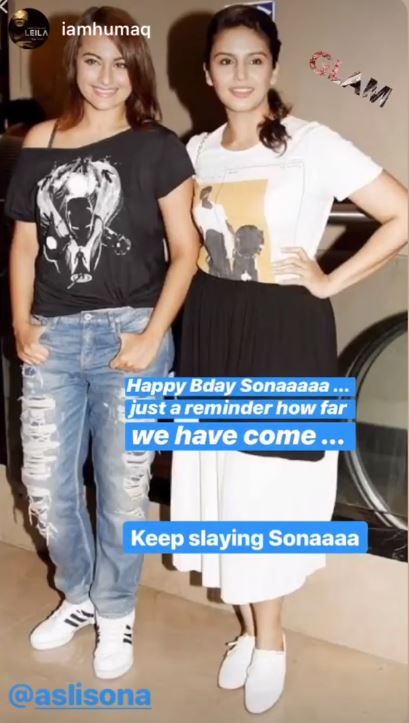 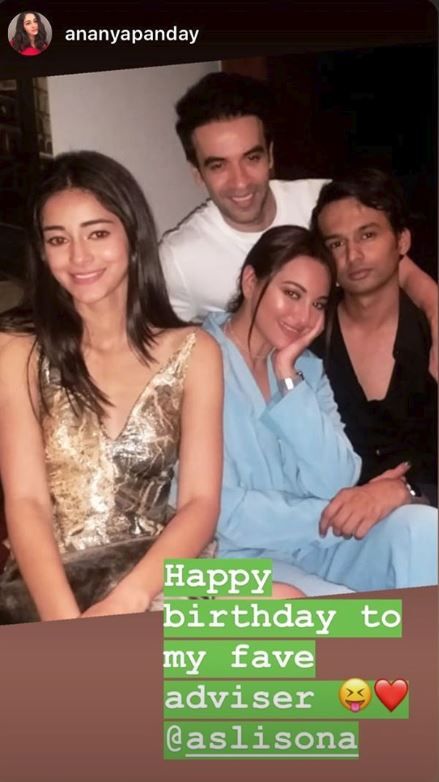 Meanwhile, the 'Dabangg' actor took to Instagram to share her birthday eve pictures and videos where she was seen posing in the hills. The actress had earlier revealed that she would be celebrating her special day with her close friends at a farmhouse on the outskirts of Mumbai. Scores of birthday wishes were showered on the 'Kalank' star on social media starting from she ringed in her birthday at midnight. 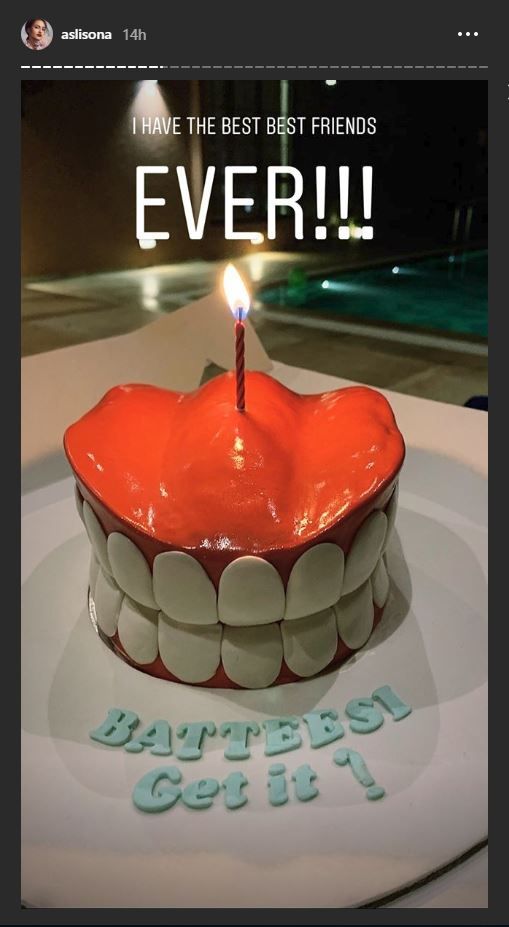 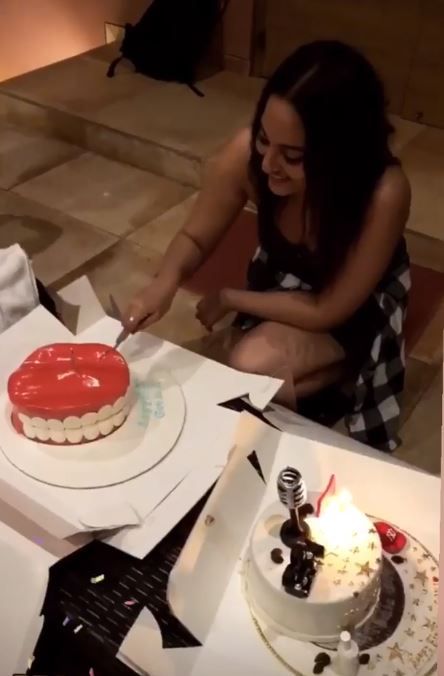 Fukrey fame Varun Sharma shared a video of Sonakshi Sinha bubbling with joy as she cuts two birthday cakes. She further shared the same video on her handle too. One of her birthday cakes was Rockstar themed, reflecting her passion for music. Sonakshi had released her debut single "Aaj Mood Ishqaholic hai" in 2015, in collaboration with music producers Meet Bros. and has sung several times in her own movies.

Sinha, daughter of Congress politician Shatrughan Sinha, made her Bollywood debut in 2010 with 'Dabangg' opposite Salman Khan. She was last seen in multi-starrer 'Kalank' and is presently shooting for 'Dabangg 3'.

PEOPLE HAVE PLEDGED SO FAR
‘Are you going to make your own clothes?’: Salman Khan reveals what transpired in the meeting with Priyanka Chopra when she opted out of ‘Bharat’
Famous folk dancer Queen Harish, three other artists died in SUV-truck collision near Jodhpur
Hrithik Roshan announces 'Super 30' trailer release date with a brand new poster, take a look
Salman Khan offers 2 more films to Gautam Gulati after 'Radhe: You Most Wanted Bhai'?
Trivia about Shraddha Kapoor that all fans of the 'Baaghi' actor should know
'Gully Boy' writer Vijay Maurya ready for his new venture, wishes pour in from Bollywood
Thappad: Dia Mirza's hilarious response to Kapil Sharma when he tries to flirt with her
'Saas Bahu Aur Cocaine' will be funny, gritty and bold: Homi Adajania
DO NOT MISS
KANHAIYA KUMAR'S FIRST RESPONSE
INDIA'S RESPONSE TO PAK AT UNHRC
AMIT SHAH ATTACKS  MAMATA ON CAA
'WON'T BE SILENT' SAYS THUNBERG
'I RECEIVED DEATH THREATS'
AJAY-DEEPIKA-AKSHAY IN TRIPLE CLASH