Mahesh Bhatt and Alia Bhatt are one of the most talented father-daughter duos. On the occasion of the actress' 26th birthday, Father Mahesh Bhatt extending birthday greetings, dropped an adorable throwback video featuring young Alia.

Mahesh Bhatt and Alia Bhatt are one of the most talented father-daughter duos. While one is an ace-filmmaker, the other one is a rather brilliant actress. On the occasion of the actress' 26th birthday, Father Mahesh Bhatt extending birthday greetings, dropped an adorable throwback video featuring young Alia.

Captioning the video, the ace-filmmaker wrote, "Some memories do not wither with time. Happy birthday Alia . ⁦@aliaa08"

Some memories do not wither with time. Happy birthday Alia . 🌈🌈🌈🌈 ⁦@aliaa08⁩ pic.twitter.com/qq9mSIUmje

Along with the video, he also posted a picture from her mid-night birthday celebrations with her near and dear ones. In the picture, the father-daughter duo were seen all in msiles while they strike a pose for the camera.

"Sunshine mixed with a bit of magic. Happy Birthday Alia", read his caption.

Meanwhile, the actress rang in her 26th birthday last night with her near and dear ones. From the pictures and videos that have surfaced on the internet, one can say that the girls sure did have a blast! Dressed in a beautiful black dress, Bhatt looked gorgeous. In the pictures, she can be seen cutting as many as three cakes, with her mother Soni Razdan and her girlfriends singing  'Happy Birthday' to her in unison. 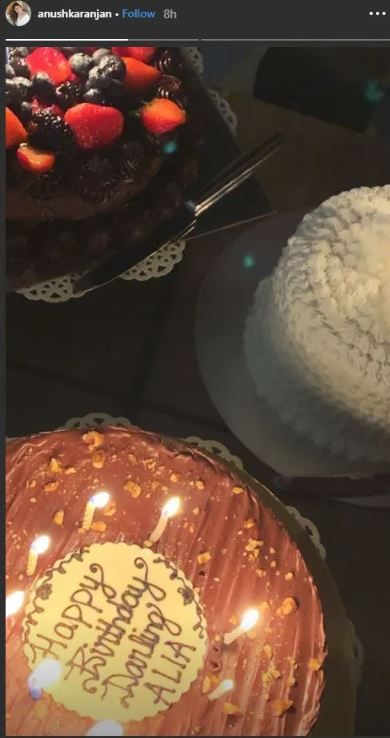 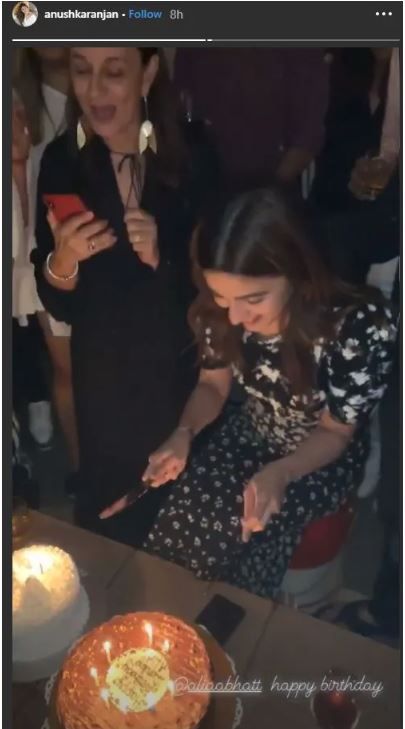 Meanwhile, on the work front, the actress will be seen in Karan Johar's 'Kalank'. The film is one of the most-anticipated films of 2019, that is said to be a period drama set in the 1940s. The film is backed by Karan Johar and his home banner Dharma Productions. The makers had earlier announced that the film will be hitting the box office on April 19, 2019, but now as confirmed the film will release on 17th April 2019.

READ: As Ayan Mukerji Shares An intriguing New Glimpse Of Alia Bhatt's Character From 'Brahmastra', Netizens Have An Important Question To Ask. Here's What It Is