'He Doesn't Listen To Me': Aamir Khan's Daughter Ira Has Some Adorable Complaints To Make About Boyfriend Mishaal Kirpalani

Aamir Khan's daughter Ira who recently confirmed her relationship with Mishaal Kirpalani was spotted at a dinner date with beau. Here's what happened next -

Aamir Khan's daughter Ira who recently confirmed her relationship with Mishaal Kirpalani was spotted at a dinner date with beau.

The young star kid posted an adorable picture of Mishaal with a cute complaint as a caption which said: "Who takes a girl out on a date on the first day of her diet?? *rolling eyes emoji*" [sic]

In another post, Ira was also seen telling her fans that they should convince Mishaal to post more of his singing content online because he clearly doesn't listen to her. She wrote: "Someone who's not me convince him to put out more stuff. He doesn't listen to me *rolling eyes emoji*" [sic]

Take a look at the posts - 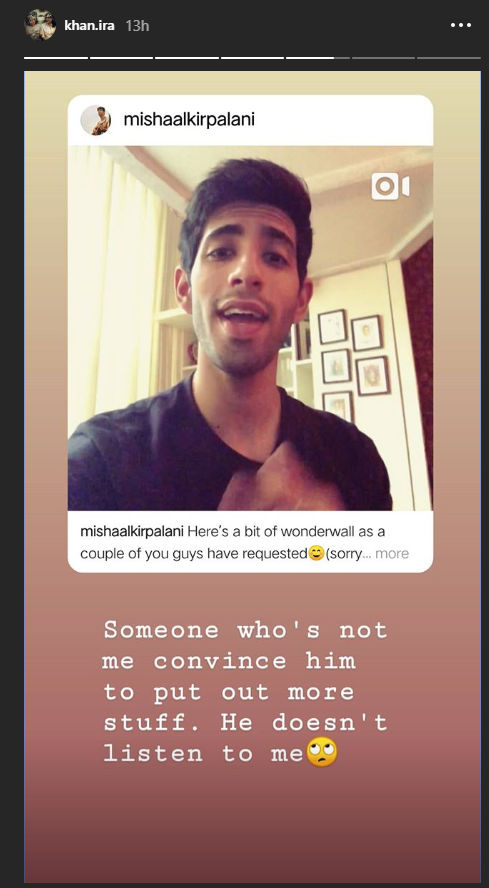 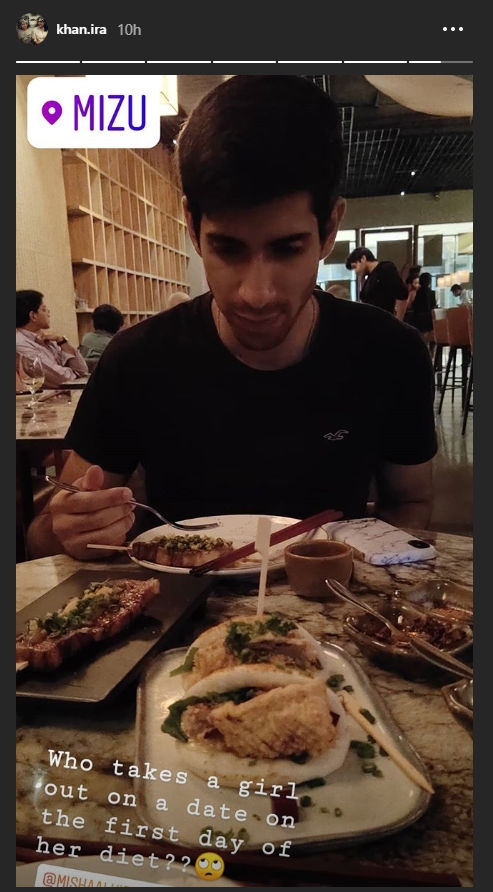 Her caption for the video, “I just wanna dance with you” was from the track they were dancing to as the George Strait number is played on the karaoke screen behind them. The video sure makes them look 'in love'. It was only recently that Ira had revealed she was dating Mishaal on an Instagram ‘Ask me’ session.

READ | WATCH: 'From Being Ridiculously Over-protective To Telling Me I Should Be More Rebellious,' Ira Tickles Father Aamir Khan In This Adorable Video

On the professional front, Ira recently featured in a play, along with brother Junaid, which Aamir and filmmaker-wife Kiran Rao had watched recently.

Previously, she has also directed a music video for her boyfriend, who is a singer, producer and composer.