On the occasion of Hera Pheri's twenty-first anniversary, producer Firoz Nadiadwala confirmed 'Hera Pheri 3' and revealed details about its cast and plot 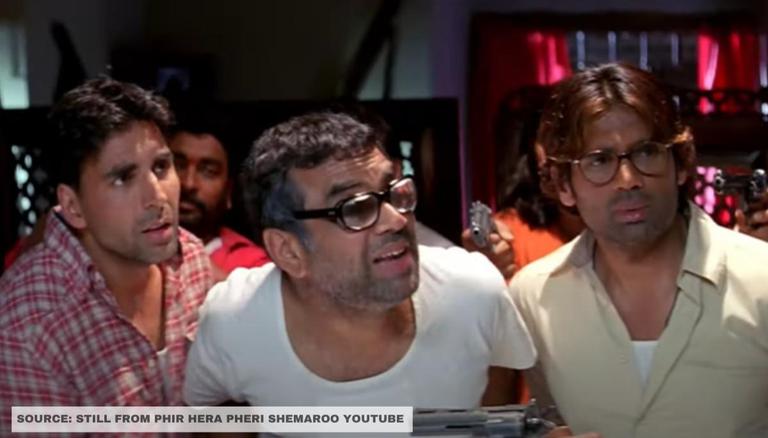 
The cult Bollywood film Hera Pheri completed 21 successful years of its release yesterday, i.e. March 31, 2021. On the occasion of the blockbuster comedy film's twenty-first anniversary, producer Firoz Nadiadwala made some big revelations about the highly-anticipated third instalment of the film franchise and confirmed that Paresh Rawal, Akshay Kumar and Suniel Shetty will be headlining it. Nadiadwala also revealed that Hera Pheri 3 will be in continuation to 2006's Phir Hera Pheri and netizens will finally get the answer to the film's last scene.

The iconic trio of Baburao, Raju and Shyam will soon be seen sharing the screen space in the upcoming instalment of the comic caper, Hera Pheri. As the film completed 21 years of its release yesterday, producer Firoz Nadiadwala shed some light on Hera Pheri 3 in an interview with Pinkvilla and revealed making the official announcement about the much-awaited film soon. While the producer confirmed that Akshay Kumar, Suniel Shetty and Paresh Rawal will reprise their roles in Hera Pheri 3, he also said that its script has been finalised too.

Nadiadwala also went on to reveal that the idea is to not only bring the third instalment to the audience but also bring several more instalments and they have been working keeping that in mind. Elaborating further on the same, the 56-year-old explained being extra careful about developing the script. He also mentioned that netizens can expect two to three more instalments in the Hera Pheri film franchise as they've finally got things in place.

During his interaction with the portal, Firoz Nadiadwala also opened up about the time gap between Hera Pheri part two & three and stated that there is a lot of pressure in taking the highly-loved franchise ahead as their sole motive is to deliver a quality product to the masses. While Phir Hera Pheri concluded on a cliff hanger with Raju (Akshay Kumar) trying to get hold of the three antique guns on a bridge above the sea, fans will get the answer to the climax scene of the 2006 film in Hera Pheri 3. Nadiadwala spilt the beans on the film's plot and revealed that it will be in continuation to the Neeraj Vora directorial.