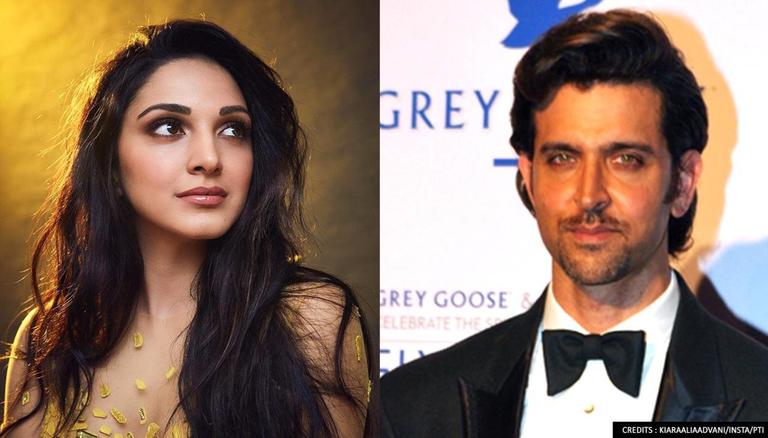 
War actor Hrithik Roshan took to his Twitter and shared a new post tagging Shershaah actor Kiara Advani to rate his look. Hrithik's latest post left fans wondering if the duo is working on a new project together. Currently, Kiara Advani is gearing up for the release of Shershaah, while Hrithik is shooting for his upcoming movie Fighter.

Hey @advani_kiara do you think this is good enough? pic.twitter.com/lBo6uZdqKA

Hrithik Roshan shared a photo of himself in a dapper look and tagged Kiara Advani. As he tagged Kiara in the post he wrote "Hey @advani_kiarado you think this is good enough?." The post sparked excitement amongst the fans about a possible collaboration between the two.

Hrithik Roshan took to his Instagram and announced that he had begun the shot for Fighter. The movie is the country's first-ever aerial action drama that will be shot across the world and will pay tribute to the valour and sacrifice of the country’s armed forces. The movie is being directed by Siddharth Anand who has also directed War. Taking to his Instagram, Roshan shared a selfie with the team of Fighter that included Padukone and director Siddharth Anand and wrote, "This gang is ready for take-off.#Fighter."

Kabir Singh actor Kiara Advani is starring opposite Sidharth Malhotra in Shershaah. The movie is based on the life of  Param Vir Chakra awardee and army captain Vikram Batra. Sidharth Malhotra will be seen in a double role, as Batra and his identical twin brother Vishal, meanwhile, Kiara Advani plays the role of Dimple Cheema. The movie is scheduled to release on 12 August 2021 on Amazon Prime Video.

Hrithik Roshan is all set to feature with Saif Ali Khan in the remake of Tamil neo-noir action thriller film Vikram Vedha. The original movie featured R. Madhavan and Vijay Sethupath in the lead roles. The movie is scheduled to release on September 30, 2022. The movie will be directed by the original set of directors Pushkar–Gayathri.