Recently, at an event, the Krishh actor revealed that he is in the middle of a transformation as he is preparing for his role in 'Fighter'. 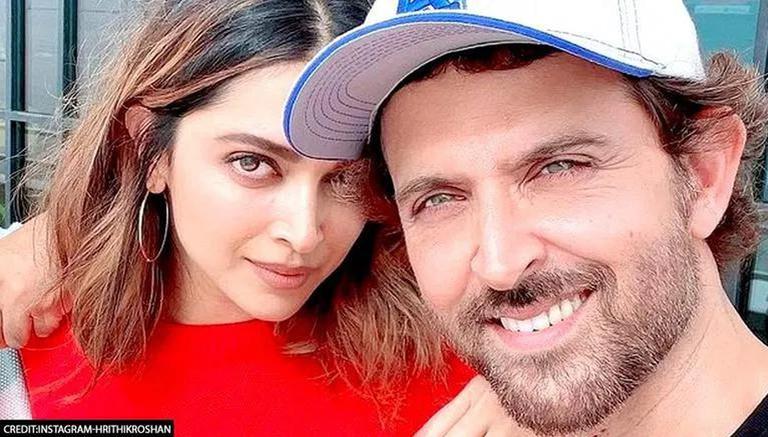 
Hrithik Roshan will be starring in the upcoming film Vikram Vedha which will be released on September 30, 2022. Meanwhile, the actor has the movie Fighter lined up which also stars Deepika Padukone in the lead role. Fighter will be directed by Siddharth Anand and is believed to be India’s first aerial action franchise film. Fans of the stars are eagerly waiting for the movie to release.

Hrithik Roshan shares an update on his upcoming film Fighter

Hrithik Roshan's transformation for his roles has always won the hearts of the fans. Recently, at an event, Krishh actor revealed that he is in the middle of a transformation as he is preparing for his role in Fighter. At the event, the actor requested his fans for blessings and encouragement and stated that the transformation is difficult. Hrithik also shared what kind of workout he is doing for it. Further, he gave a big hint that Fighter might start rolling from November 9.

Hrithik further added, “So on November 9, I should look better than what I look like now. Fingers crossed", as per Bollywood Life.

Earlier, the news of the film releasing on Republic Day in 2023, was confirmed by film critic and trade analyst Taran Adarsh. He took to his Instagram account on Friday to confirm that the Roshan and Padukone-starrer will be released in 2023. He wrote, ‘HRITHIK - DEEPIKA'S 'FIGHTER' TO RELEASE ON REPUBLIC DAY 2023... #Fighter - starring #HrithikRoshan and #DeepikaPadukone - to release on 26 Jan 2023.’

READ | Suniel Shetty speaks about boycott Bollywood trend; 'People might not be happy with...'

According to a report by ANI, producer Ajit Andhare mentioned that Fighter will be India’s first aerial action film, and it will offer viewers a unique cinematic experience. He also said he was a fan of Top Gun and was on the lookout for a script that explores aerial action in India.

READ | 'Shattered dreams; One gives up': Vivek Agnihotri reveals the 'inside story' of Bollywood

The COO, of Viacom18 Studios said, “An aerial action film offers a unique cinematic experience. It has never been done in India. Being a 'Top Gun' fan, I have been looking for a script for years that explores aerial action and has a story rooted in India. Fighter is the answer. Siddharth understands this genre and brings a unique flair to his films. I am excited to collaborate with him in building this franchise."