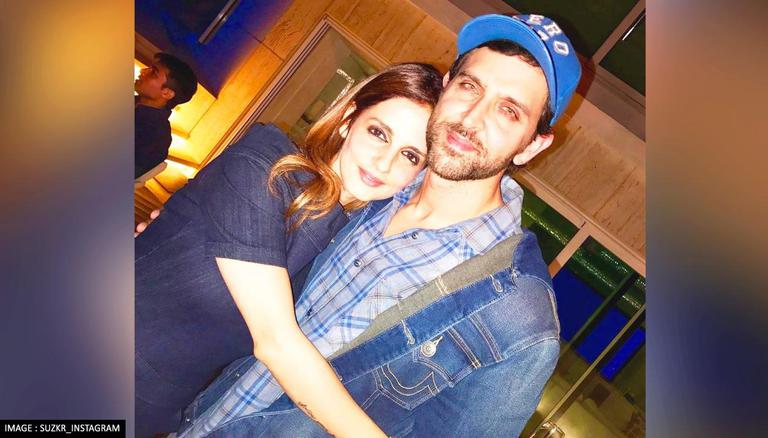 
Actor Hrithik Roshan joined his ex-wife Sussanne Khan‘s father, Sanjay Khan’s birthday celebration and pictures of the event have surfaced online. The celebration took place on Sunday and the veteran actor turned 81-years-old. Hrithik Roshan and Sussanne tied the knot and welcomed two children into their lives before they decided to part ways in 2014.

Hrithik Roshan attended Sanjay Khan’s birthday celebration on Sunday evening and was joined by Sussanne Khan and other extended members of their family. Farah Khan Ali, who is Sussanne Khan's sister shared several pictures from the event on social media, which saw Hrithik Roshan at the function as well. The actor could be seen in a grey hoodie, that had 'goal digger' printed on it in black. He appeared to be wearing a lilac t-shirt under it and accompanied his outfit with a cap and casual pants. In one of the pictures that Farah uploaded on her Instagram story, the Bollywood actor could be seen embracing Sanjay Khan, who wore a black kurta and red scarf around his neck on his special day. There were also pictures of the actor with Sussanne's mother Zarine and Sussanne's brother Zayed Khan and the duo's sons. 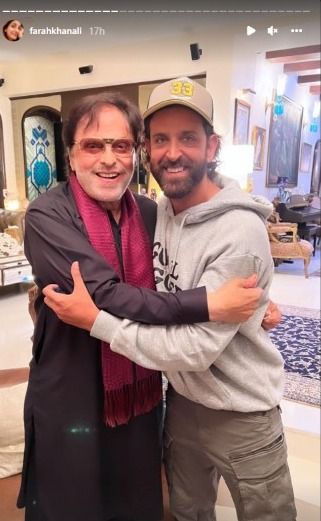 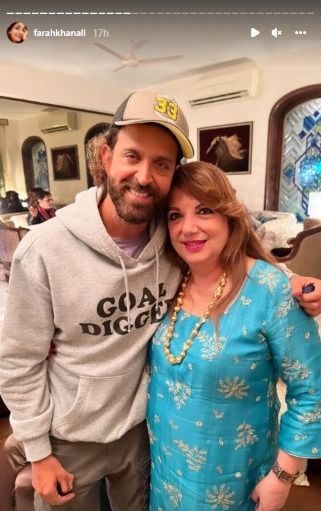 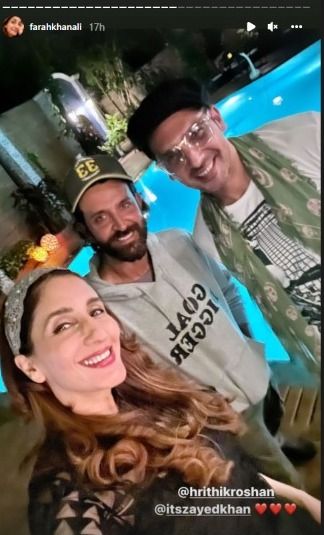 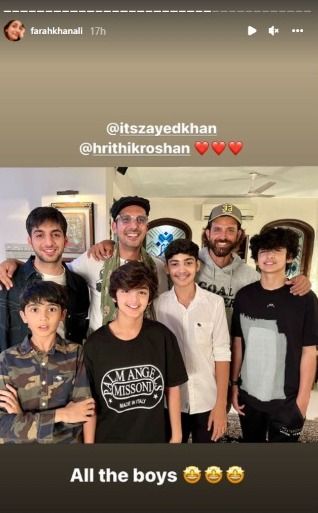 Sussanne shared a video montage of some very special moments with the family as she extended her wishes to her father on his birthday. She thanked him for the 'lessons of life' he taught her. Her caption read, "Happy happy birthday Papa..♥️🥳for all the lessons of Life that you have taught us all, Thank you for being our Strength and Our Inner voice… Love you toooo much ♥️♥️💯🌟🥳🥳🥳🧿✅ #houseofkhan (sic)"

Hrithik Roshan to star opposite Deepika Padukone in 'Fighter'

Hrithik Roshan is currently gearing up for the release of his film Fighter, in which he will be seen taking on a role opposite Deepika Padukone. Roshan headed online to wish Anil Kapoor on the occasion of his birthday on December 24 and welcomed him to the team of the film. He wrote, "Happiest Birthday to the man who grows younger each year in spirit and health, @anilskapoor! Best wishes to you Sir. From witnessing your legendary presence on sets as a mere assistant, to finally having the opportunity of sharing the screen with you... Super excited for #Fighter! (sic)”

Happiest Birthday to the man who grows younger each year in spirit and health, @AnilKapoor ! Best wishes to you Sir. From witnessing your legendary presence on sets as a mere assistant, to finally having the opportunity of sharing the screen with you.. Super excited for #Fighter pic.twitter.com/V0a73ZIAj5