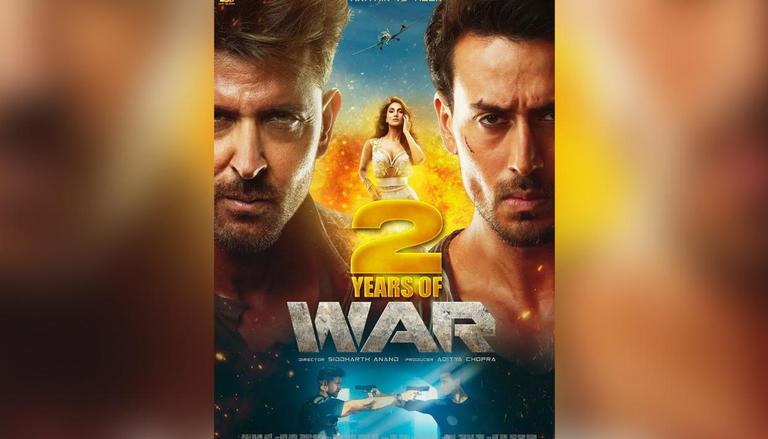 Directed by Siddharth Anand and produced by Yash Raj Films, War became one of the highest-grossing films of 2019, minting over Rs 475 crore worldwide. The high octane action drama follows the story of an Indian soldier Khalid played by Tiger, who is assigned to eliminate a senior agent and his mentor Kabir essayed by Hrithik as he has gone rogue.

On the second anniversary of War, Hrithik Roshan took to Instagram and shared a poster of his film. "Miss everything about being on this set - co-working, collaborating, CREATING #2YearsOfWar" he captioned the photo.

According to Pinkvilla, as the film turned 2, Hrithik has opened about his experience working on the film. The actor revealed that when he first read the script of War, he felt it was 'frivolous and superficial'. He said:

"When I read the script I didn’t see anything in it that excited me. It was too frivolous and superficial. And I was into ‘real’ cinema-like Super 30 at the time. On hearing my reaction both Sid and Adi rushed to my house and it took 5 mins worth of reframing for me to GET the film. Adi said look at it as an entertainer like Dhoom: 2. And then we sat and went through the entire script AGAIN and I thoroughly enjoyed it. And also realized my folly. Sometimes, it’s important to GET how the director wants to interpret the script. And having done Bang Bang with Sid, I could trust in what they were saying."

On the other hand, Tiger Shroff also took a stroll down memory lane when he was pitted against his onscreen idol Hrithik Roshan in War. Taking to Instagram, he wrote, "Man I miss this! One of my best experiences going head to head with one of my idols. #2yearsofwar @hrithikroshan @_vaanikapoor_ @yrf #siddharthanand."

While sharing few anecdotes from War, the actor revealed the most difficult action from the film for him and why. He said his introduction scene where he did hand-to-hand combat without his director cutting the scene was his most difficult scene. According to Pinkvilla, he said:

"WAR also made me raise the bar on the kind of action that I could do on-screen and I enjoyed the challenge thoroughly. I was physically drained, bruised and battered but it was all worth it. I’m humbled with the love and appreciation that the film has received from every quarter. I would say that my introduction scene in WAR in which I did hand-to-hand combat without my director cutting the scene was the most difficult one that I have done to date. It pushed me to deliver something really visually breath-taking on the big screen and I will always cherish this scene."

Meanwhile, Vaani Kapoor, who has a brief but important role in the film,  tweeted, "2 years. 2 teams. 1 incredible WAR #2YearsOfWar." In War, she is paired opposite Hrithik Roshan.