'I Do Not Need To Defend Or Explain My Relationships To Anyone', Says Priyanka Chopra

Priyanka Chopra opens up about her personal life

Priyanka Chopra has been constantly making headlines ever since her engagement with boyfriend Nick Jonas and her walking out of Salman Khan starrer 'Bharat'. The actress who is back in the country said that her personal life is not for 'public consumption'.

The 36-year-old actor while speaking at an interactive session titled ‘Challenging the Status Quo & Forging New Paths’ organised Jointly by FICCI Ladies Organisation (FLO) and Yes Bank said she does not feel the need to give an explanation about her relationships to anyone.

The actress has yet not said anything about her engagement on record. Reports of her engagement started doing the rounds after she opted out of  'Bharat' and director of the film Ali Abbas Zafar dropped a hint that she left the film because of a “very special reason”, which she told the makers in the “Nick of time”. 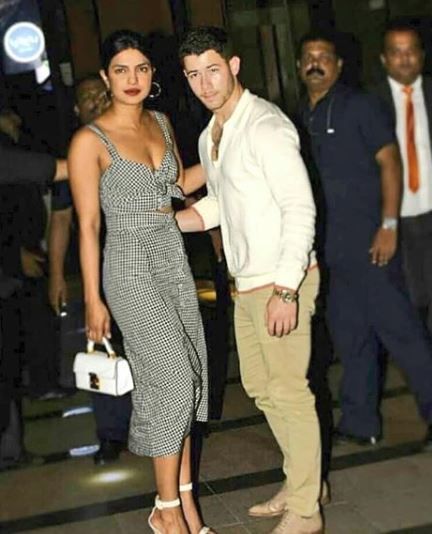 Over the last two months, the 25-year-old singer and the 'Quantico' star have been spotted on several outings, including a dinner date in New York City and a 'Beauty and the Beast' Live in Concert show in Los Angeles. While Nick introduced Priyanka Chopra to his family during the wedding of his cousin, the former Miss World was accompanied by the singer to India where they met her mother Madhu Chopra.

On Monday night, Priyanka also attended Nick’s concert in Singapore and was seen hooting and cheering for her fiancee. It is being speculated that the couple will be tying the knot in October.

PEOPLE HAVE PLEDGED SO FAR
'Registration of such kind should also be done at the national level', Haryana CM Manohar Lal Khatar demands NRC at National level
This Is What 'Baahubali' Actor Prabhas Will Be Doing After 'Saaho'
Mithali Raj reacts to first look of her biopic 'Shabaash Mithu' starring Taapsee Pannu
Arushi Sharma talks about her Bollywood journey from 'Tamasha' to 'Love Aaj Kal'
Saif Ali Khan says he can get a few holidays by advertising on Instagram
Kajol teaches the art of laughing at your own jokes through a hilarious post
Sunny Leone warns fans against Coronavirus, wears mask at the airport; Watch
DO NOT MISS
KISHOR'S DARE TO NITISH
MAHARASHTRA MULLS NATIONAL ANTHEM
'TWO MOST HUMBLE BUSINESS MEN'
PRASHANT KISHOR REFUSES TO COMMENT
ROHIT AFTER WINNING SERIES
LIFE INSURANCE FOR NRI IN INDIA