Alia Bhatt in a very short period of time has become one of the most bankable actors of all times, with films such as 'Udta Punjab', 'Highway', 'Raazi' and the recently released 'Gully Boy'.

Alia Bhatt in a very short period of time has become one of the most bankable actors of all times, with films such as 'Udta Punjab', 'Highway', 'Raazi' and the recently released 'Gully Boy'. Working with utmost dedication and hard work, Bhatt has climbed her way through the top, shattering the glass ceiling. But while she has carved a niche for herself, she is also one the widely loved actors of all times, who has a massive fan-following.

READ: 'It Is A Big Big Tick Off My Bucket List': Alia Bhatt's Reaction On Working With SS Rajamouli Opposite Ram Charan Can't Be Missed

The actress rang in her 26th birthday last night with her near and dear ones. From the pictures and videos that have surfaced on the internet, one can say that the girls sure did have a blast! Dressed in a beautiful black dress, Bhatt looked gorgeous. In the pictures, she can be seen cutting as many as three cakes, with her mother Soni Razdan and her girlfriends singing  'Happy Birthday' to her in unison. 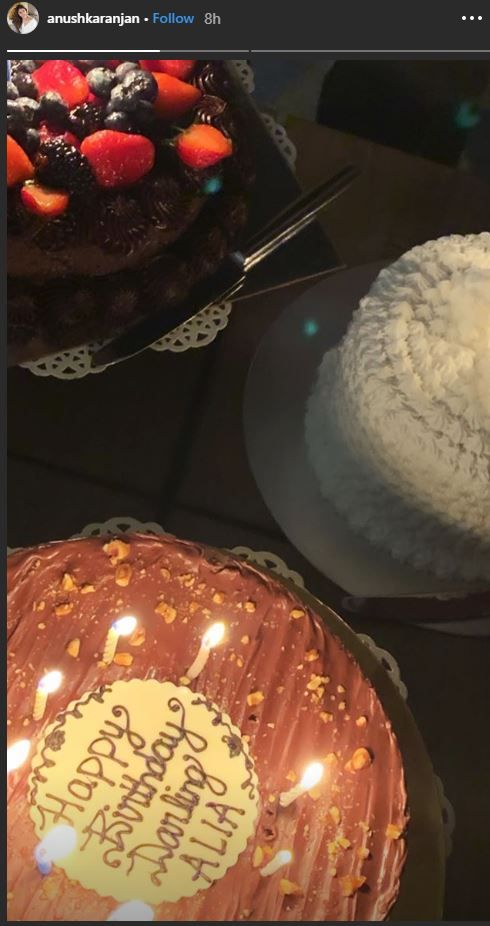 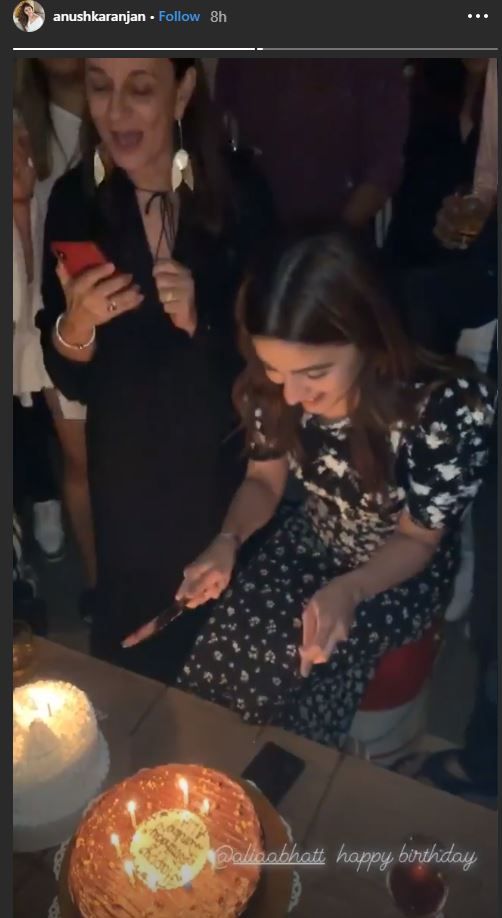 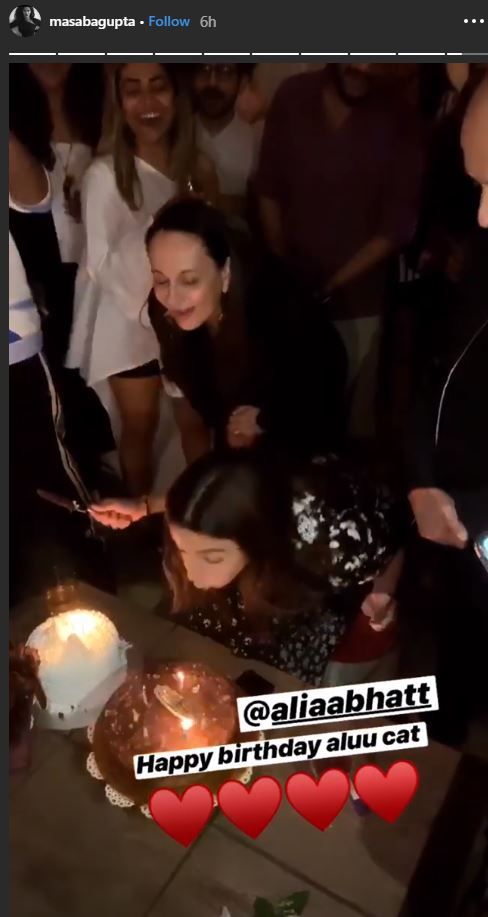 You were pure magic since we were babies .... and you continue to be pure magic.... Happy birthday Alu. 💕 @aliaabhatt

Meanwhile, on the work front, the actress will be seen in Karan Johar's 'Kalank'. The film is one of the most-anticipated films of 2019, that is said to be a period drama set in the 1940s. The film is backed by Karan Johar and his home banner Dharma Productions. The makers had earlier announced that the film will be hitting the box office on April 19, 2019, but now as confirmed the film will release on 17th April 2019.

Her latest release, 'Gully Boy' where she starred opposite Ranveer Singh also did amazingly well at the box office and hit the Rs 100 crore mark at the box office. The duo were also lauded unanimously for their performances, and many even called it their career-best act.