IN PICTURES | Alia Bhatt Is All Smiles As She Hugs Ranbir Kapoor, Pictures Go Viral

'Brahmastra' co-stars Ranbir Kapoor and Alia Bhatt whose rumoured chemistry is the talk of the town lately, recently made it up to the limelight yet again as they were spotted sharing a warm hug outside the airport before heading to Prayagraj for the Kumbh Mela.

'Brahmastra' co-stars Ranbir Kapoor and Alia Bhatt whose rumoured chemistry is the talk of the town lately, recently made it up to the limelight yet again as they were spotted sharing a warm hug outside the airport before heading to Prayagraj for the Kumbh Mela. Director Ayan Mukerji also accompanied the celebrity pair for the same.

On the occasion of Maha Shivratri, the trio set out to attend to Kumbh 2019 as they tease some 'supremely special' surprise for their viewers.  All three of them was seen dressed in traditional outfits. While Alia dazzled in a green floral salwar suit, Ranbir and Ayan looked dapper in Kurta Pyjama.  As Alia got down from the car, Ranbir walked towards her and greeted her with a hug. Later, all three of them also posed for the paparazzi before getting into the airport. 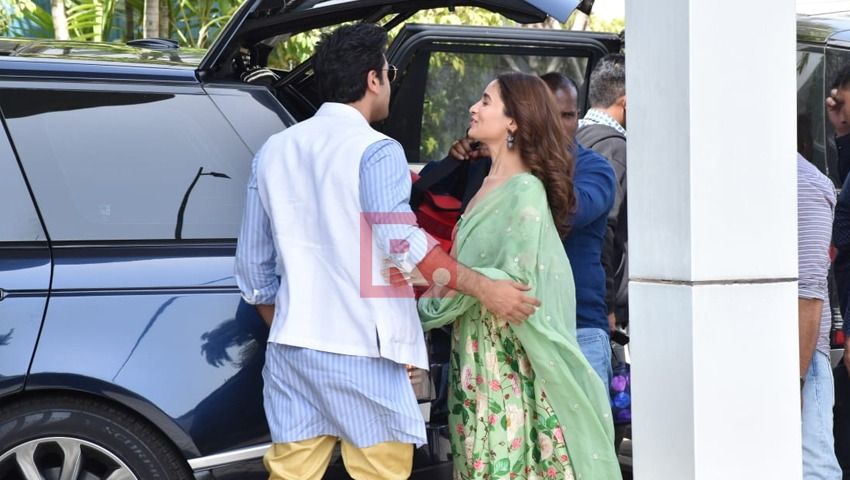 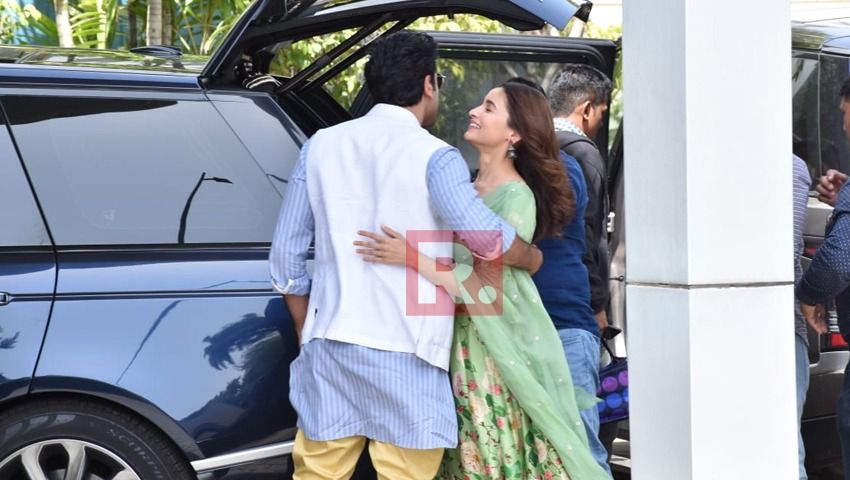 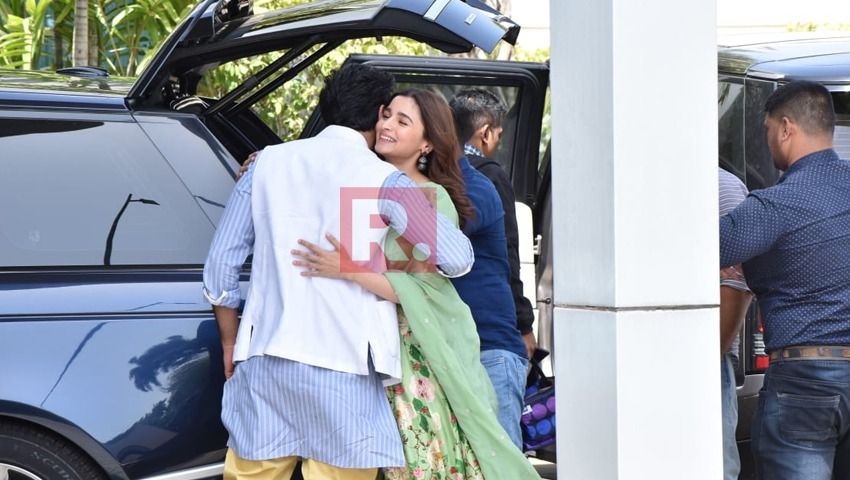 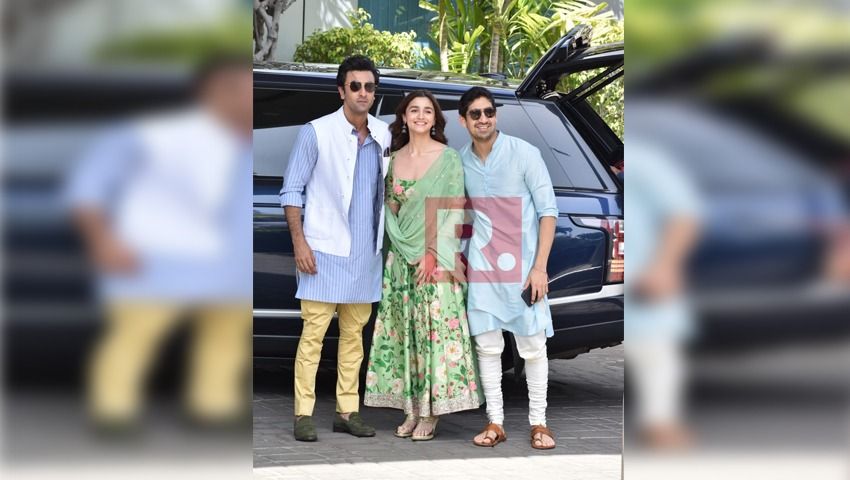 Meanwhile, after boarding the private jet, Alia took to her Instagram and teased a surprise relating to her upcoming venture. She recorded an Instagram story where she can be heard saying, "Hi guys we are on the plane and on the way to Kumbh 2019" as she introduces Ayan, Ranbir and their team respectively.

In a consecutive video, she asks, "Do you have any idea why we are going to the Kumbh Mela?" to which Ranbir teasingly replies saying, "to leave you there so that nobody can find you".

However, the Raazi actress confirmed that something supremely special is on its way.

"We have a supremely special plan for all of you from team Bhahmastra, its something never seen before and we are very excited," she said.

The whirlwind romance of the pair just found its way to the viewers yet again as in the next video she can be heard asking Ranbir to say the viewers to tune in at 7.30, which he did and further asked him to give a smile and a dimple also, which left the actor blushing.

Besides Ranbir and Alia, the Ayan Mukerji's directorial also stars veteran actor Amitabh Bachchan in the lead. The project is backed by Karan Johar's Dharma Productions and is scheduled to release on December 25, 2019.

Although not much about the plot of 'Brahmastra' is known yet, makers have revealed that it will be a romantic-fairytale in a supernatural format. As per media reports, initially, the film's title was rumoured to be 'Dragon', however, was later titled 'Brahmastra' resonating with the ancient Indian beliefs.