Irrfan Khan’s Son Babil Pays Tribute To Dilip Kumar; 'baba And I Use To Watch Him In Awe'

Irrfan Khan's son Babil Khan took to his Instagram and penned down an emotional note for veteran actor Dilip Kumar who recently passed away. 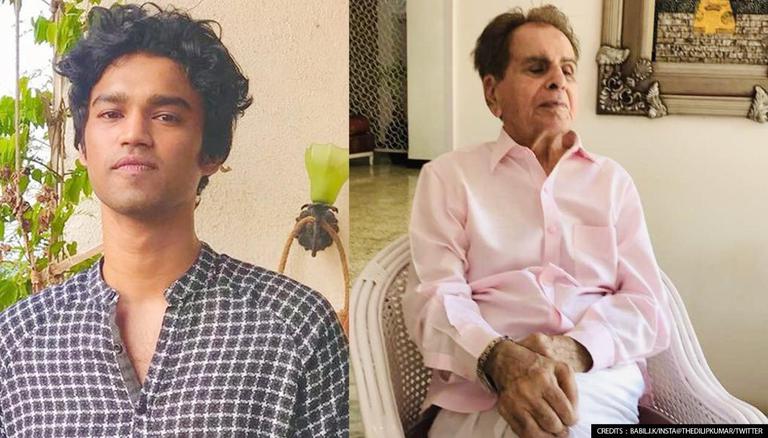 
Legendary actor Dilip Kumar recently passed away on Wednesday, July 7. The actor had been in and out of the hospital for the preceding few weeks before his death. Irrfan Khan's son Babil Khan took to his Instagram and penned down an emotional note on the veteran actor's demise. In his note, Babil wrote that he was at his farmhouse preparing for his upcoming movie and did not have any means of telecommunication to post a tribute on the day of Kumar's demise.

Babil Khan took to his Instagram and shared a picture of a signed copy of Dilip Kumar's autobiography that he had received. In his note, he wrote that he had his father Irrfan Khan used to watch his films with awe. The actor also mentioned that he was late to post to anything on the day of the veteran actor's demise because he was out of town and rushed back to Mumbai just to write the note. Babil Khan's note read.

I was at our farmhouse, preparing for ‘Qala’ when I got the news, how ashamed I was to have not been able to do this in time, for the death of a man that inspired Baba and I for uncountable ages. I didn’t have any telecommunication network and I literally rushed back to Mumbai just to be able to pay tribute to the master. Baba used to watch Dilip saab in complete Awe, and trust me there were very very few instances when Baba would feel awe-struck, the great Dilip saab was one to demand that from him through his irreplaceable charm and subtlety. I remember the first time I fell in love with Dilip saab, it was ‘Andaz’. His portrayal of the immensely complicated emotion that he had to project in the song ‘Toote na dil Toote na’ , I knew I was in love. I am so grateful that we as a family had a chance to be mesmerised by him together. Thank you so much Dilip Saab, you were way ahead of your time. | When we received this copy of his Autobiography signed by him, baba and I were a little overwhelmed, in the best way. To touch these pages. I cannot explain how it feels. May your soul travel into a world that you wished for when all the fame and money became clear as an illusion, and the true purpose of evolution started to dawn on your being. May you travel safe and peacefully. Thank you for your immense contribution to the craft of applying honesty to ‘acting’ .I don’t want to cry right now.