The two-time Academy Award-winning music composer AR Rahman wore the hat of a writer and producer in his latest venture 99 Songs. Here's its OTT release date 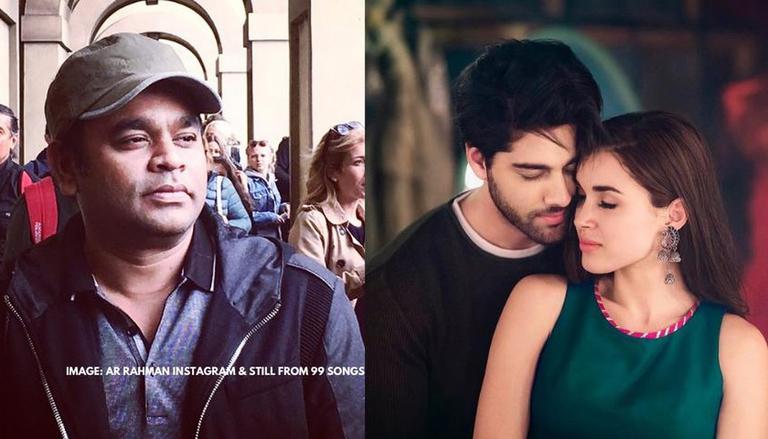 
The two-time Academy Award-winning music composer AR Rahman wore the hat of a writer and producer in his latest venture 99 Songs. The musical romance film which previously had a theatrical release in the month of April 2021, now, amidst the second wave of COVID-19 pandemic, is gearing up for its digital release. The makers of the film have finally announced the digital release of the film. Here’s everything that you need to know:

When is 99 Songs releasing digitally?

99 Songs, which marks the debut of actors Ehan Bhat and Edilsy Vargas, was released globally on April 16, 2021. Just a week after its release, this AR Rahman’s film received an IMDB rating of 9.1-star and was well-liked by fans and critics alike. Now, the film is gearing up for its OTT release on Friday, May 21. 99 Songs will begin streaming online on Netflix and Jio Cinema in multiple languages including Hindi, Telugu, and Tamil.

Helmed by Vishwesh Krishnamoorthy, 99 Songs sees AR Rahman in his Maiden production banner YM Movies. Apart from Ehan Bhat and Edilsy Vargas, the film also features Aditya Seal, Lisa Ray, and Manisha Koirala in pivotal roles. The plot of the film follows a sensual story about the art and self-discovery of a rookie singer who aims at making it big in the music industry.

The cinematography for the film was jointly handled by Tanay Satam and James Cowley, while editing was done by Akshay Mehta and Shreyas Beltangdy. The dialogues for the film were written by Hussain Dalal while Gautham Menon and Kiran gave the dialogues for the Tamil and Telugu versions. For the Tamil version, G. V. Prakash Kumar and Khatija Rahman gave voice-overs for the film's lead actors. The movie also features musicians like Thomson Andrews, Ranjit Barot, Rahul Ram, and Remo Fernandes who belong to all parts of the music composing spectrum. The world premiere of 99 Songs was held at the 24th Busan International Film Festival which was held at Busan, South Korea, where the film was screened in the Open Cinema category on October 9, 2019.

READ | Why AR Rahman visited Australia before the filming of 'Indian' could begin; Read

READ | AR Rahman's International musical collaborations that put India on the map; Here's a list
READ | A R Rahman on Selena Gomez's wish to work with him: "I'm on the other side of the world"