Actors Vicky Kaushal and Sara Ali Khan's 'The Immortal Ashwatthama' with director Aditya Dhar was much anticipated by fans. 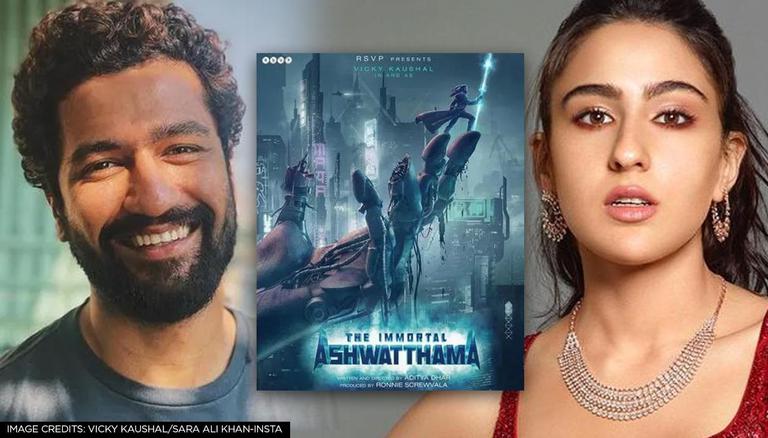 
Fans of Vicky Kaushal and Sara Ali Khan, who were rooting for the duo's collaboration in The Immortal Ashwatthama may have to wait longer to see their on-screen chemistry. The Aditya Dhar directorial has reportedly been put on hold after issues pertaining to the movie's budget arose. The modern-day mythology had begun its shoot when it was stooped midway as the budget reportedly crossed Rs 300 crores. The team of the film is said to have suffered massive losses because of the film being shelved.

The Immortal Ashwatthama put on hold?

According to Pinkvilla, the movie which was being produced by Ronnie Screwvala’s RSVP Films was confirmed to have halted the shoot as per a statement by the producer himself. The producer mentioned that in the last draft of the script, the movie's budget and ambition didn't fall in line and uncertainties due to the COVID-19 pandemic only added to it. Ronnie's statement also stated that following a joint decision by Aditya Dhar, Vicky Kaushal and him, the movie has been shelved for 'another six to nine months' with Sara also agreeing to the same. It concluded by stating that the budget relating to the magnum opus needs to be reworked.

Sources also told the website that pre-production on the film had begun and discussions were held with multiple visual effect studios only to realise that the budget (estimated to be Rs 300 crores) overburdened the movie to perform well on the box office. The movie was touted to be a superhero action film set in modern times and was being planned as a trilogy. Apart from Ashwatthama, Ronnie, Vicky, and Aditya's trio has worked on URI: The Surgical Strike, which is among the biggest blockbusters of Hindi cinema in the last few years.

In terms of upcoming movies, Sara Ali Khan most recently appeared in Coolie No. 1, which was directed by David Dhawan. The film also featured Varun Dhawan in the lead role. Sara Ali Khan will next be seen on screen with Dhanush and Akshay Kumar in the upcoming film, Atrangi Re. The romantic drama will be helmed by Aanand L Rai and the music will be composed by the iconic AR Rahman. On the other hand, Vicky Kaushal has interesting movies in his kitty. The Lust Stories actor will be seen in Sardar Udham Singh, Sam Bahadur, The Great Indian Family, and Mr. Lele.