Veteran actor Neelima Azeem has turned a year older today. On the special occasion, her son Ishaan Khatter also took to IG and wished her by posting a picture 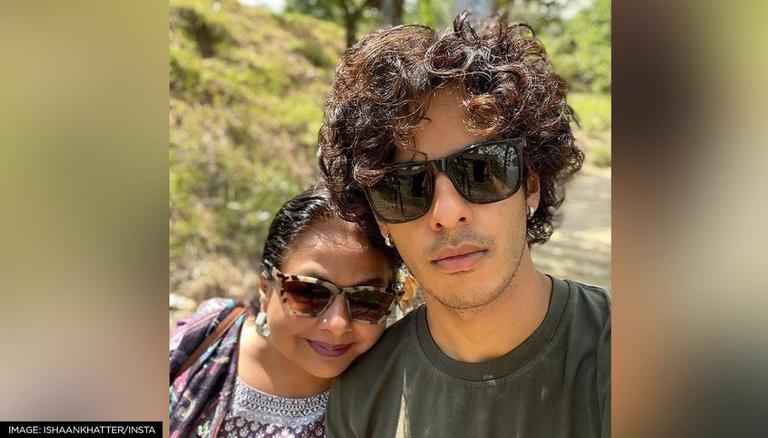 
Veteran actor Neelima Azeem has turned a year older on December 2. On the special occasion, her son and actor Ishaan Khatter also took to his official Instagram handle and wished her by posting a throwback snap of his mother. Ishaan referred her 'best daadi and mom.' Ishaan, who is very close to his mother, frequently treats his fans and followers with snaps featuring Neliima. Azeem is also the mother of Shahid Kapoor and is often seen in pictures with Shahid's wife, Mira Kapoor. 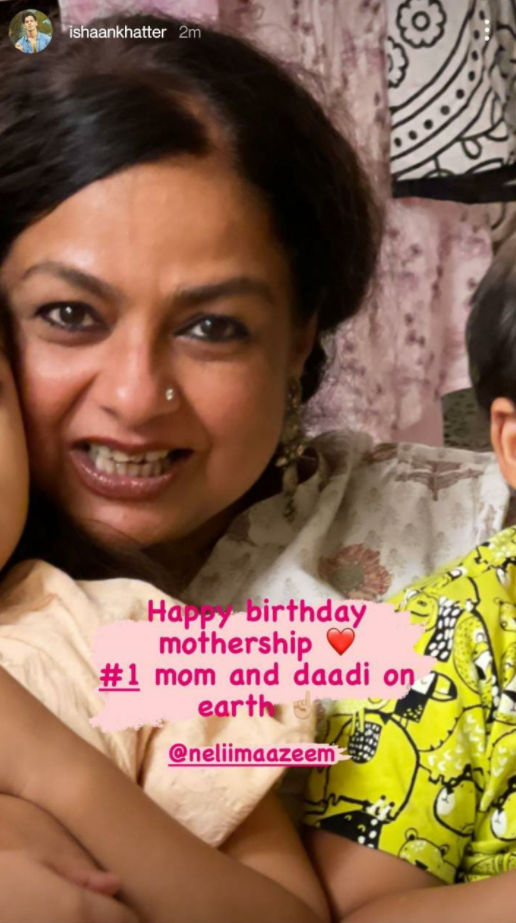 Taking to the photo-sharing site, Ishaan Khatter posted a throwback picture featuring Neliima on his IG story. In the snap, the actor can be seen sitting with two children. He captioned the snap, "Happy birthday mothership. #1 mom and daadi on earth @neliimaazeem."

Azeem has been featured in several films and television shows. The actor has also starred in numerous historical films like Phir Wahi Talash, Amrapali, The Sword of Tipu Sultan, and Junoon. In the year 2014, Azeem has also performed at the PanchTatva Annual Kathak festival organized by Birju Maharaj's Kalashram at Bhartiya Vidya Bhavan Campus in Mumbai.

Neliima was married to Pankaj Kapur for a few years until both decided to part ways. With Pankaj, the actor had Shahid. She then tied the knot with Rajesh Khatter, with whom she had Ishaan Khatter. However, the duo separated after spending over 11 years together. Then, she tied the knot with Raza Ali Khan and the pair parted ways after five years.

Meanwhile, for the unversed, Ishaan Khatter began his career in the entertainment industry as a child artist from the film, Vaah! Life Ho To Aisi and later gained experience as an assistant director in films like Udta Punjab and Half Widow. The actor was later seen in popular movies such as Beyond the Clouds, Dhadak, and Khaali Peeli.

Ishaan Khatter was last seen in Khaali Peeli with Ananya Panday. He will be next seen in Pippa and Phone Bhoot. Earlier, in the month of September, the actor unveiled the first look poster of Pippa. The poster depicts that the cast of the movie will include actors namely Mrunal Thakur, Priyanshu Painyuli, and Soni Razdan. The film is based on the book by Balram Singh Mehta and will be helmed by Raja Krishna Menon. Sharing the poster, Khatter wrote, "This is going to be special. ‘Shooting’ begins for our #PIPPA! Godspeed."

WE RECOMMEND
'Blood, crime & action': Shahid Kapoor begins shoot of next action thriller with Ali Abbas
Shahid Kapoor's Sunday morning is all about perfecting his singing skills; Watch
Ishaan Khatter gets special greetings from fans in Durgapur while filming 'Pippa'; Watch
Shahid Kapoor says 'It's time' before sharing new 'Jersey' poster ahead of trailer launch
Shahid Kapoor is in 'big trouble' after he asks wife Mira about her pillow arrangement
Listen to the latest songs, only on JioSaavn.com