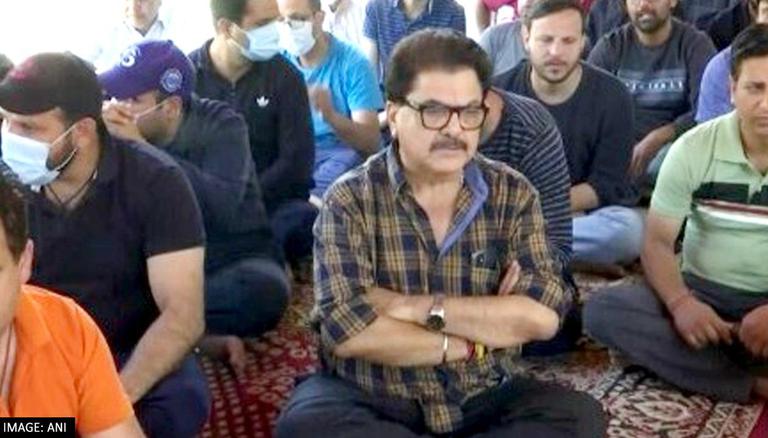 
Filmmaker and eminent Kashmiri Pandit Ashoke Pandit often speaks up against violence and inequality against Kashmiri Pandits and voices his opinion. The director has now attended a Kashmiri Pandits protest as he took a stand against the violence they are suffering across the country. He also visited the Vessu Migrant camp and visited a home in which three Kashmiri Pandit families lived as he gave his followers firsthand witness to the lives they live.

Ashoke Pandit at Kashmiri Pandit protest in Sheikhpora in Budgam

"You electrocuted the gates as if we had done something wrong. A strong committee should be made by the centre and PM Modi. It's LG's duty to speak to each one of us. Rahul Bhat is a symbol of our community. One to one dialogue should happen. False information is passed to the centre."

This video shot today depicts that #KashmiriPandits continue to live in agony since last 32 yrs .
Things have not changed .
Location- Vessu Migrant camp #Kashmir . #Rohingyas have more respect in J&K than the Victims of terrorism .
Shame . @OfficeOfLGJandK @manojsinha_ pic.twitter.com/tGefpS0MCO

Terrorists opened fire at Rahul Bhat when he was at the Tehsildar's office on May 12, from close proximity. He was admitted to a hospital in Budgam after he sustained injuries and was later taken to a medical facility in Srinagar as he was in a critical condition. However, he succumbed to his injuries while in the hospital in Srinagar. Several protests have broken out across the country as individuals demand justice for the youngster's demise.