Actor Jacqueline Fernandez has shared a glimpse of her new 'tattoo' in her latest Instagram post; Here is how her loyal fans reacted to the same


Jacqueline Fernandez is known to be active on social media, often sharing her pictures with fans. While she is usually seen flaunting her fashionable outfits in her photos, her latest Instagram picture shows her flaunting a mark on her shoulder, which fans have interpreted to be a tattoo. The actor shared a glimpse of her new 'tattoo', along with sharing a short but excited message for the same. The post soon started receiving excited reactions from her fans, who complimented her tattoo in the comments section.

Jacqueline Fernandez shows off her new ‘tattoo’ on Instagram

Film celebrities often take to social media to share their new looks with their followers. Jacqueline Fernandez shared a glimpse of a mark on her shoulder in her new Instagram post what many fans have thought to be a ‘tattoo'. She is seen showing off her heart-shaped mark on the back of her shoulder in her mirror selfie. The actor simply wrote in the caption, “I’m hooked!!”. Her fans took no time in sharing all kinds of praises, saying that she looks "gorgeous".

However, Jacqueline credited a physio in her caption and not a tattoo artist. The ‘tattoo’ on the back of her shoulder is in fact a mark of the ‘cup therapy’, which is often used by physiotherapists to relax the muscles and joints on a person’s back. Her ‘tattoo’ is thus a mark of a cup therapy session that the actor appears to have received. One can see more such unique shapes used in cup therapy sessions on the page that Jacqueline credited, with an aim of leaving attractive marks on the back. 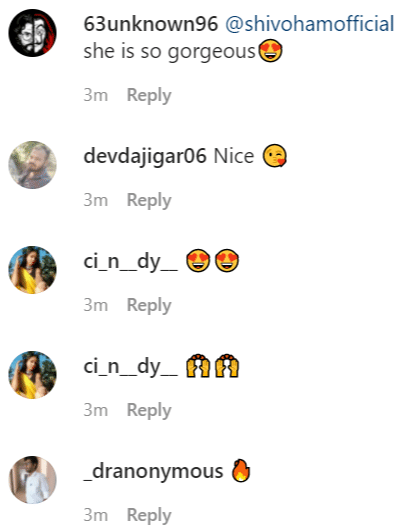 Jacqueline Fernandez has a list of upcoming films up her sleeve at the current moment. Among them is Attack, which stars John Abraham and Bhoot Police, which has a large star cast including Saif Ali Khan. Fernandez has worked in several popular films during the course of her career. Some of her most popular films include Brothers, Housefull film series, Murder 2 and many more. She was last seen in the film Mrs. SerialKiller, which released last year.