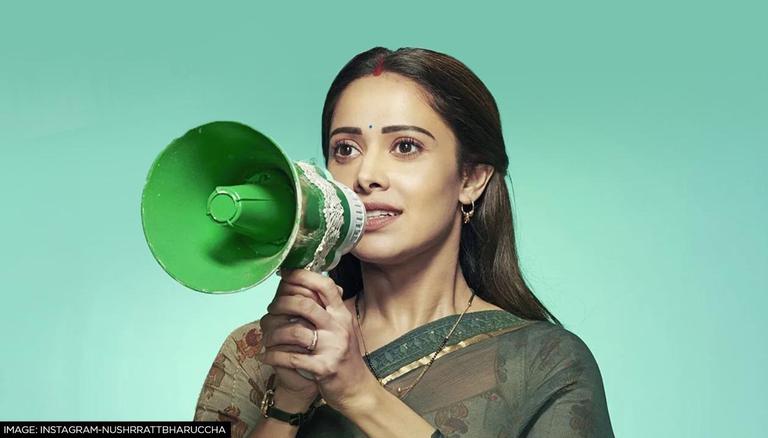 
Nushrratt Bharuccha's highly anticipated social comedy Janhit Mein Jaari finally opened up to audiences in theatres on June 10, 2022.  Raaj Shaandilyaa's film sees Nushrratt take up the challenging job of selling condoms in a small town in Madhya Pradesh, and faces flak from her neighbourhood and family.

The project failed to witness an impressive run on its first day at the Box Office, minting just about  ₹20-30 lakh according to Bollywood Hungama reports. The film's total collections amount to ₹ 43 lakhs, with a strong push required on the weekend for it to establish a respectable business.

The film could also be facing tough competition from Jurassic World: Dominion, which opened up to an impressive Rs 8 crore collection on its first day in India. The Chris Pratt starrer is one of the most highly initiated films of 2022.

The film has been written by Raaj Shaandilyaa, while Jai Basantu Singh directed it. Apart from Nushrratt, it also stars Vijay Raaz, Tinnu Anand, and Singh Dhaka among others in pivotal roles. In a statement, filmmaker Raaj Shaandilyaa said of the film, "It is not just a project but a responsibility. We are trying to do whatever little we can in our capacity to make people aware about the problem of the rising population through a film. Cinema is a medium that influences people but how much people follow or what has been the impact is yet to be ascertained accurately."