Janhvi Kapoor recently expressed her concern about the job opportunities and financial crisis that people go through during the pandemic. 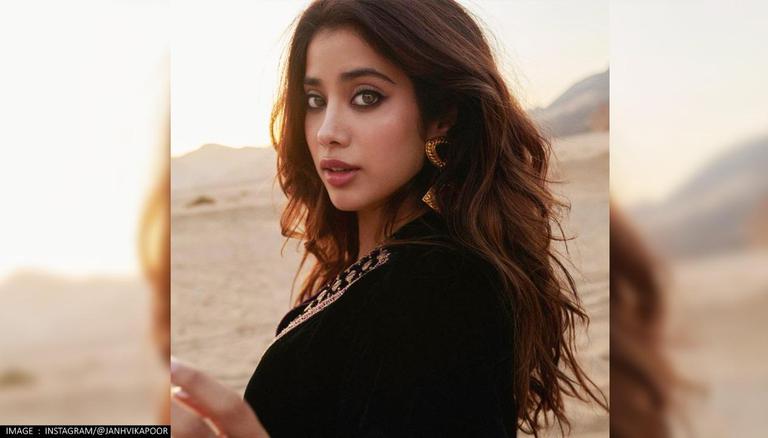 
The resurgence of COVID-19 cases in the country has become the topic of concern. State governments have imposed night curfews and have begun to ask people to stay home. As the film industry is also one of the hard hit industries with many projects being postponed and cancelled, actor Janhvi Kapoor expressed concerns about the job opportunities and financial crisis that people go through during the lockdown.

Janhvi Kapoor is one of the actors who had their film released in theatres in 2021. The actor's horror-comedy Roohi was among the first few movies that reached the theatres during the pandemic. As per a report by Hindustan Times, Janhvi Kapoor believes Roohi was released during a tough time when the success of films was uncertain.

However, the actor calls herself lucky as people in good numbers went to watch her film, which was an experiment to measure the climate of the films during the pandemic. As people did go to the theatres to watch the film, Janhvi Kapoor found it encouraging.

The cases of the Omicron variant of coronavirus are surging in the country with every passing day. People are advised to take all safety measures and avoid public gatherings amid the scare of a third wave. As several industries faced downfall during the lockdowns in the first and second waves, Janhvi Kapoor said she is concerned about the job opportunities and the financial situation of people.

She said, "We were just getting a sense of theatrical releases and resuming shoot life. I'm concerned about financials, job opportunities and the vision that everyone has for their releases. Having said that, I believe that in this situation, there's no point losing sleeping over it because people's health, well-being and lives are at stake; the country's future is at stake."

On the work front, Janhvi Kapoor has several projects in the pipeline. She recently wrapped up the shoot of her upcoming movie Milli. The actor will also reunite with her Roohi co-star Rajkummar Rao in Mr And Mrs Mahi. Apart from these, Janhvi will also play the lead role in Sidharth Sengupta's directorial Good Luck Jerry.

WE RECOMMEND
COVID-19 Omicron In India: Omicron soars to 1,892, Centre writes to States
Omicron-detecting RT-PCR kit that will give a result in 4 hours approved by DCGI
Singapore must brace for 'much bigger' COVID wave from Omicron compared to Delta, says govt
Odisha reports 24 more Omicron cases, tally mounts to 61
COVID-19: Chhattisgarh reports 1,615 new infections, 1st Omicron case
Listen to the latest songs, only on JioSaavn.com