Janhvi Kapoor Wants To Do Biopic Of Arunima Sinha, Calls Her Story 'inspiring'

Actor Janhvi Kapoor who was recently in Delhi to felicitate the Tokyo Paralympics athletes, expressed her desire of portraying the role of Arunima Sinha. 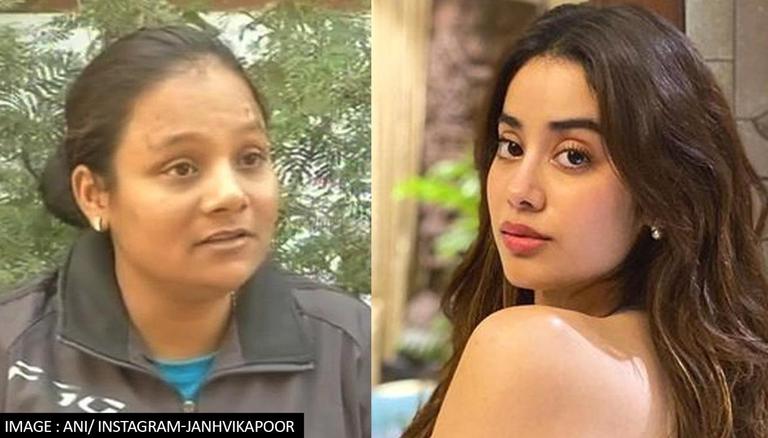 
Actor Janhvi Kapoor who was recently in the national capital to felicitate the Tokyo Paralympics athletes, expressed her desire of portraying the role of mountain climber Arunima Sinha. At the event, post honouring the para-athletes, the actor was spotted greeting the sportspersons and interacting with them. During her conversation with the sportsperson, the Dhadak actor expressed her wish to essay the role of Arunima on screen.

According to ANI, Janhvi, while sharing her thoughts, said, “I have met Arunima Sinha, and her story is very inspiring. I would love to play her on-screen.” Arunima is the first female amputee who successfully scaled the mighty Mount Everest. She is also a former national-level volleyball player.

The actor had captioned the picture on her Instagram story and wrote, “So happy ad proud to have met these great achievers of our country. You have made all of us so proud and taught us that no reason is big enough to get into the way of your dream if you work hard. So inspired and honoured to meet all of you (sic).” While attending the special event, Janhvi Kapoor also launched Harinder Singh Sikka's book, Vichhoda. He is known for his novels including Calling Sehmat, which was launched in 2008.

Meanwhile, Arunima Sinha, a former Indian national volleyball player, had her left leg amputated below the knee after being thrown from a train while resisting a robbery bid. In December 2018, Prime Minister Narendra Modi had handed the national flag to Dr Arunima Sinha, before she embarked on an expedition to Mount Vinson in Antarctica.

READ | Janhvi Kapoor feels 'honoured' to meet para-athletes, says 'you have made all of us proud'