Bollywood actor Janhvi Kapoor has recently taken to her official Instagram handle and penned an adorable birthday wish for her rumoured beau, Akshat Rajan. She dropped a throwback picture featuring herself and Rajan on her IG story. The actor called him the 'world's best human' in her special post. 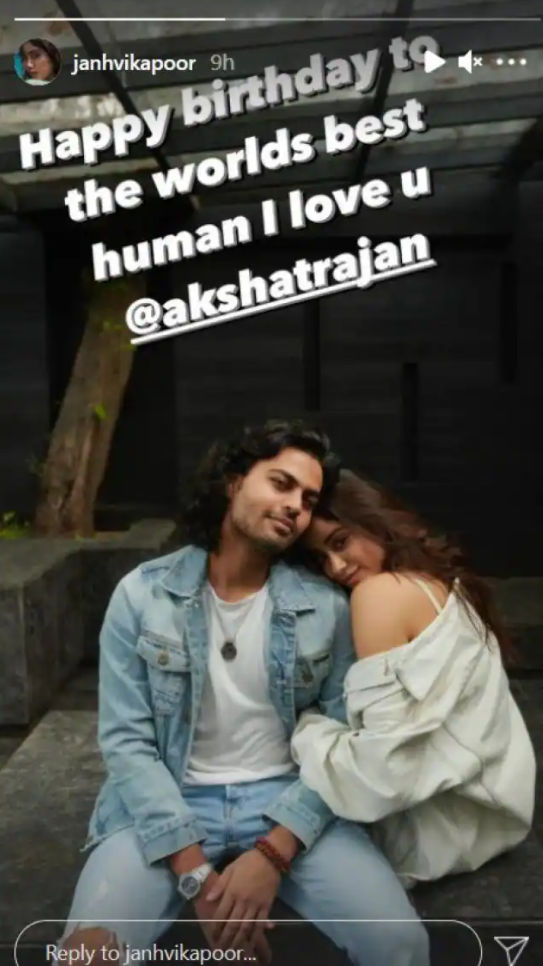 Taking to her photo-sharing account, Janhvi Kapoor dropped an adorable throwback picture where she can be seen resting her head on Akshat Rajan's shoulder while holding him from the side. She is dressed in a white off-shoulder outfit, while Rajan looked dapper in a white tee and denim jacket, and jeans. Sharing the picture, Kapoor wrote, "Happy Birthday to the world’s best human, I love you @akshatranjan." 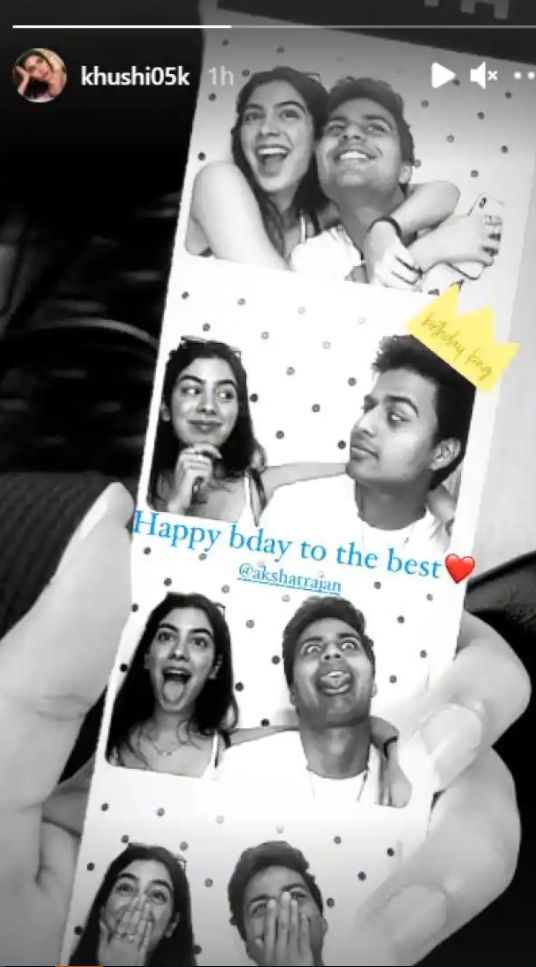 Janhvi's sister Khushi Kapoor also dropped a cute picture wishing him. In the pictures, Khushi and Rajan can be seen striking various poses and making funny yet adorable faces for the camera. She captioned it as, "Happy birthday to the best @akshatrajan" with a red heart.

The Dhadak actor and Rajan are rumoured to be dating for quite a while now. In 2020, Janhvi's Instagram also saw a bunch of pictures on her story from their reunion as they spent some quality time in Lonavala. Recently, Rajan also dropped a picture from the same day where the Ghost Stories actor can be seen looking in the opposite direction while Rajan can be seen looking at her endearingly. As for the caption, Rajan wrote, "the denim is in the details."

Akshat Rajan is the son of a business giant, Abhijit Rajan, Chairman and Managing Director of Gammon India Limited. Kapoor and Rajan know each other since childhood. Meanwhile, for the unversed, Janhvi Kapoor last appeared in the 2021 movie Roohi as Roohi Arora / Afzana Bedi and in Netflix's Gunjan Saxena: The Kargil Girl, where she portrayed the lead role of an Indian Air Force pilot. She will next be seen in Dostana 2. The actor also has Good Luck Jerry, which is helmed by Siddharth Sengupta, as well as remakes of Malayalam movies, Helen, and Mili in the pipeline.