Jasmine Sandlas sat down for an interview where she was asked about her dating life and if she has ever been on dating apps. Read more to know her answer. 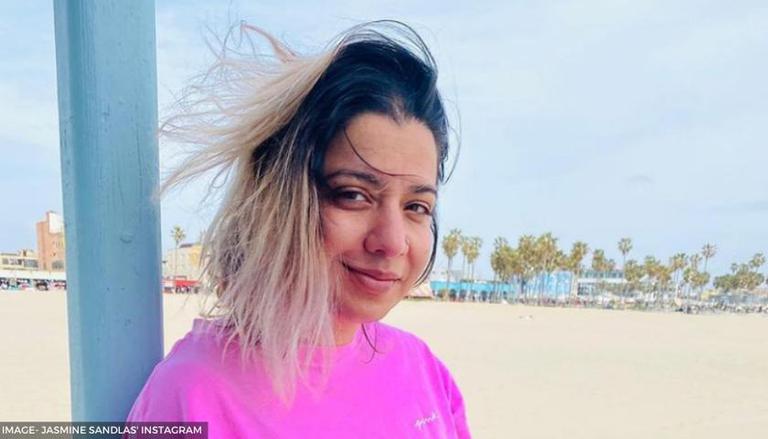 
Illegal Weapon 2.0 singer Jasmine Sandlas has kept her dating life low profile and away from the media. Talking about her dating life, the singer revealed if she has ever been on dating apps and preferred style when it comes to dating. Read more to know what Jasmine had to say about her fans' burning questions about her love life.

Was Jasmine Sandlas ever on dating apps?

Further stating her point, Jasmine pointed out that she does not discourage people from finding love in any way that they can. Speaking for herself, the singer revealed that she did not have any experience in virtual dating. Meeting people in real life and falling in love, at first sight, was more like her style in dating, the singer confessed.

READ | A look at Jasmine Sandlas' awards, nominations reveal she is the "best playback singer"

The independent artist kickstarted her career with a bang as her first release 'Muskan' became a huge hit in 2008. She went on to deliver hit songs as a Bollywood playback singer with songs such as Yaar Na Miley, Mitthi Meri Jaan, Ishq Da Sutta, and Khallas Veerappan. The young singer also released many singles in the past year like Famous In The Club, End Karade, O Laal Ni, and Botal Khol (The Baller's Anthem).

The singer also rose to popularity through the release of her three studio albums and two collaboration albums namely The Diamond, Gulabi, What’s In A Name, and Thousand Thoughts, 124, respectively. The singer rose to international fame after she was honoured with Brit Asia TV Music Awards in 2018 and 2019 for Best Female Act and Best International Female Act, respectively.