Bollywood actress Jaya Bachchan was caught on camera, for schooling a passer-by for clicking her picture on his mobile phone without her permission.

Bollywood actress Jaya Bachchan was caught on camera, for schooling a passer-by for clicking her picture on his mobile phone without her permission. In a video that has surfaced on the internet, she can be seen doing the same with another person moments later.

In the video, the actress can be seen leaving Hiroo Johar's birthday party in Mumbai, and being greeted by the shutterbugs. And while she does not say anything to tem, she does single out a passer-by who tries to take her picture with a cellphone camera. Picking him out, she can be heard saying, “Mobile se kyun le rahe ho? Tameez seekho (Why are you taking photographs with a mobile, learn some manners),” she tells him.

And a while later, she scolds another man for the same. When the man says ‘sorry’ she tells him, “’Sorry’, Angrezi mein bas itna hi seekha hai? (‘Sorry’, is that all the English you know?)”.

The actress is known for being quite short-tempered with people who take pictures of her, without her permission. In 2017, a video of hers had gone viral on the internet where she was seen screaming at a man for taking her pictures.

Actress Jaya Bachchan was seen wearing an off white saree embroidered with gold for the grand evening. She also wore a long red-stoned neckpiece and studs. 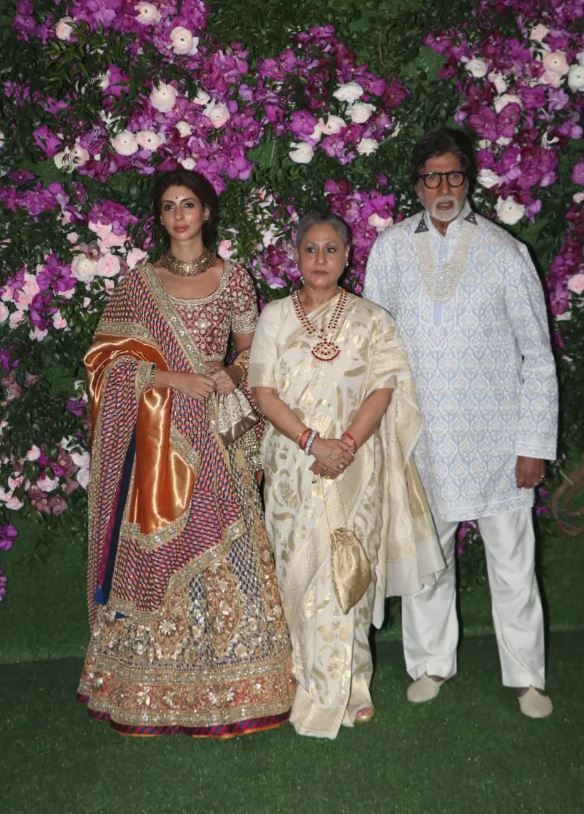 WATCH | Shweta Is Convinced Abhishek Is More Scared Of Aishwarya Than Jaya Bachchan; What Happens Next Is Hilarious