Ranveer Singh revealed that he watched the trailer of his next film, ‘Jayeshbhai Jordaar’ and was finishing some final dubbing sessions for the film. 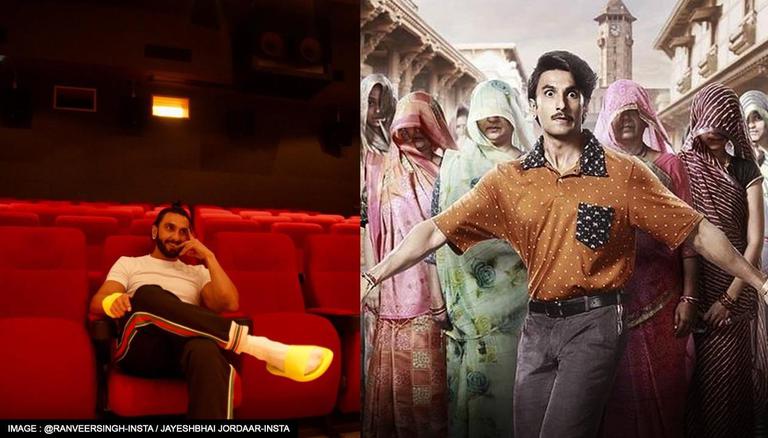 
Ranveer Singh fans have been receiving heaps of good news from the actor in the recent past. The actor took to his Instagram account on Saturday and revealed that he watched the trailer of his upcoming film, Jayeshbhai Jordaar and also reacted to it. Through his stories on social media, he also mentioned that he was working on a few final touches and was finishing the dubbing sessions for the same.

Ranveer Singh took to his Instagram account on Saturday to share a few updates from his life. He put up a picture of himself in a theatre and mentioned that he was 'excited' to watch the trailer of his upcoming film, Jayeshbhai Jordaar. In the pictures, the actor can be seen in a casual pair of black joggers, which he paired with a simple white t-shirt. In one of the pictures he put up, he can be seen smiling at the big screen as he watched the trailer of his next film. He reacted to the trailer as he mentioned that he was 'feelin' them feels'. 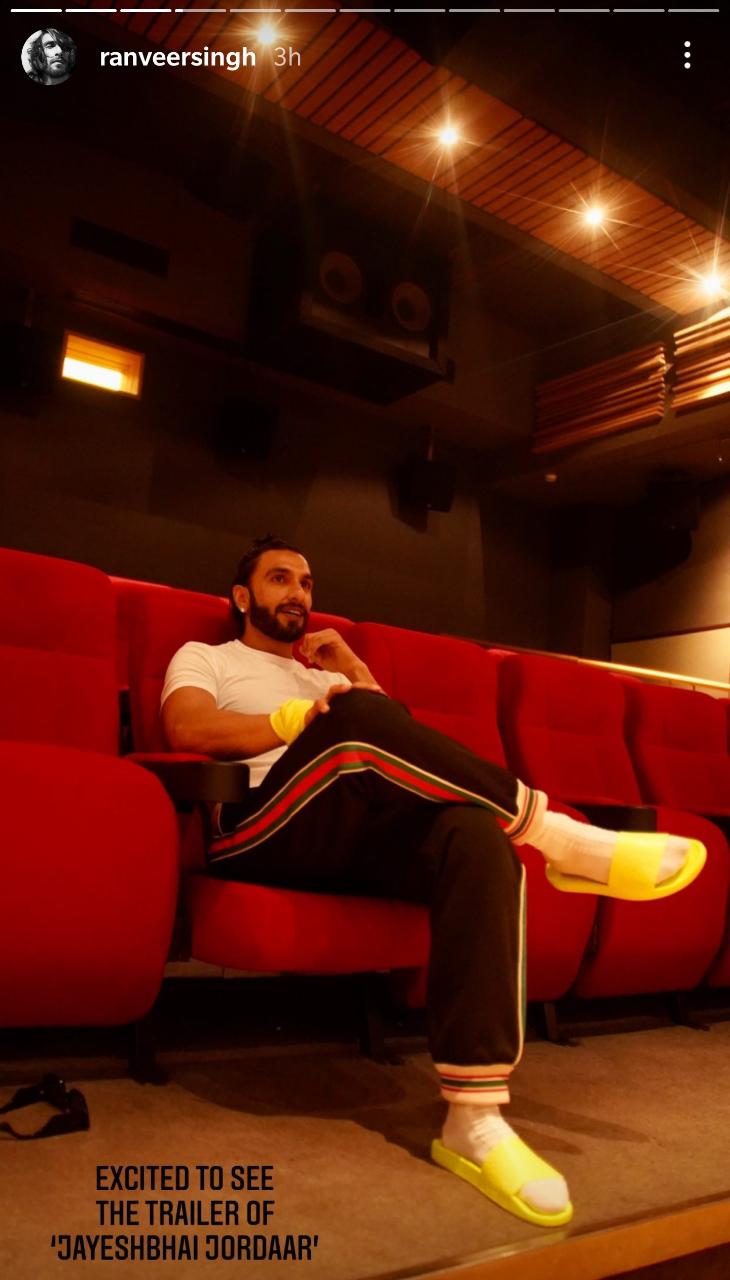 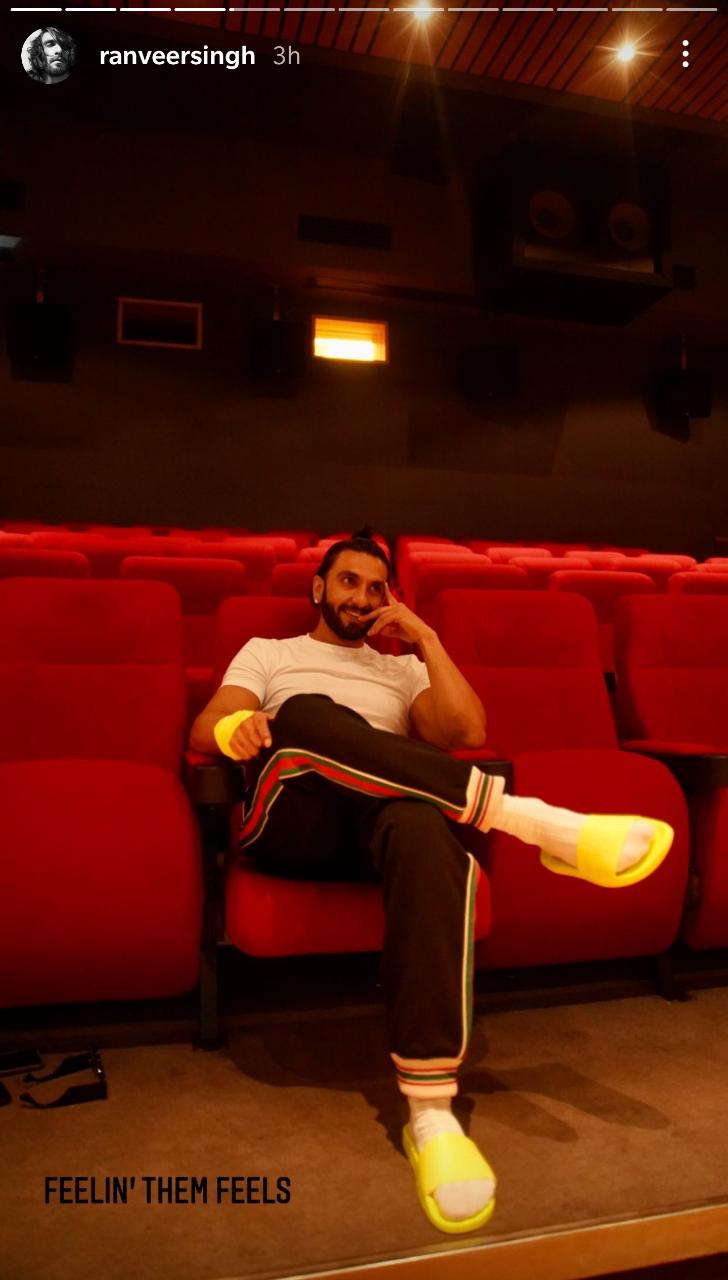 The actor also posted a few pictures with the film's producer, Maneesh Sharma and director Divyang Thakkar. The actor called the duo 'fine gentlemen' as he uploaded pictures of the trio enjoying a laugh. Through his stories, he also informed his fans and followers that he was working on a few finishing touches in the last few dubbings sessions for the film. In the pictures, he can be seen with headphones as he sits before a mic and looks at a few papers in front of him. 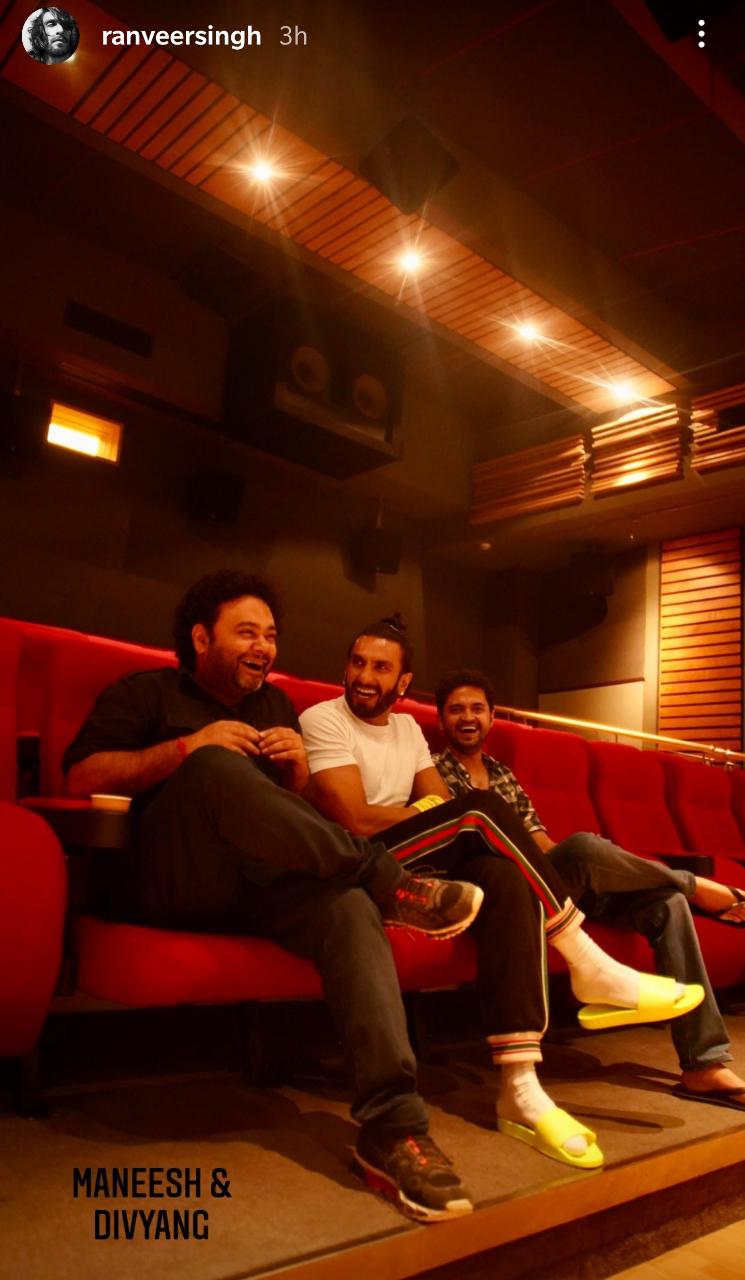 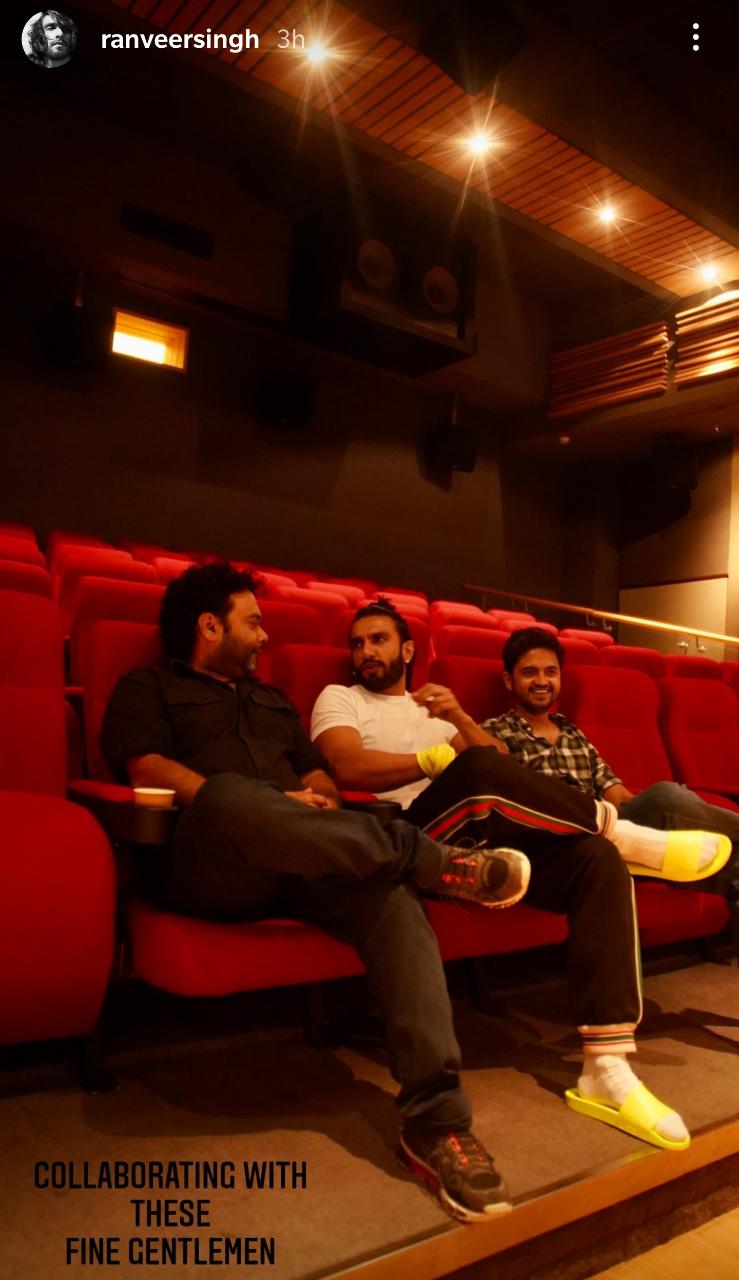 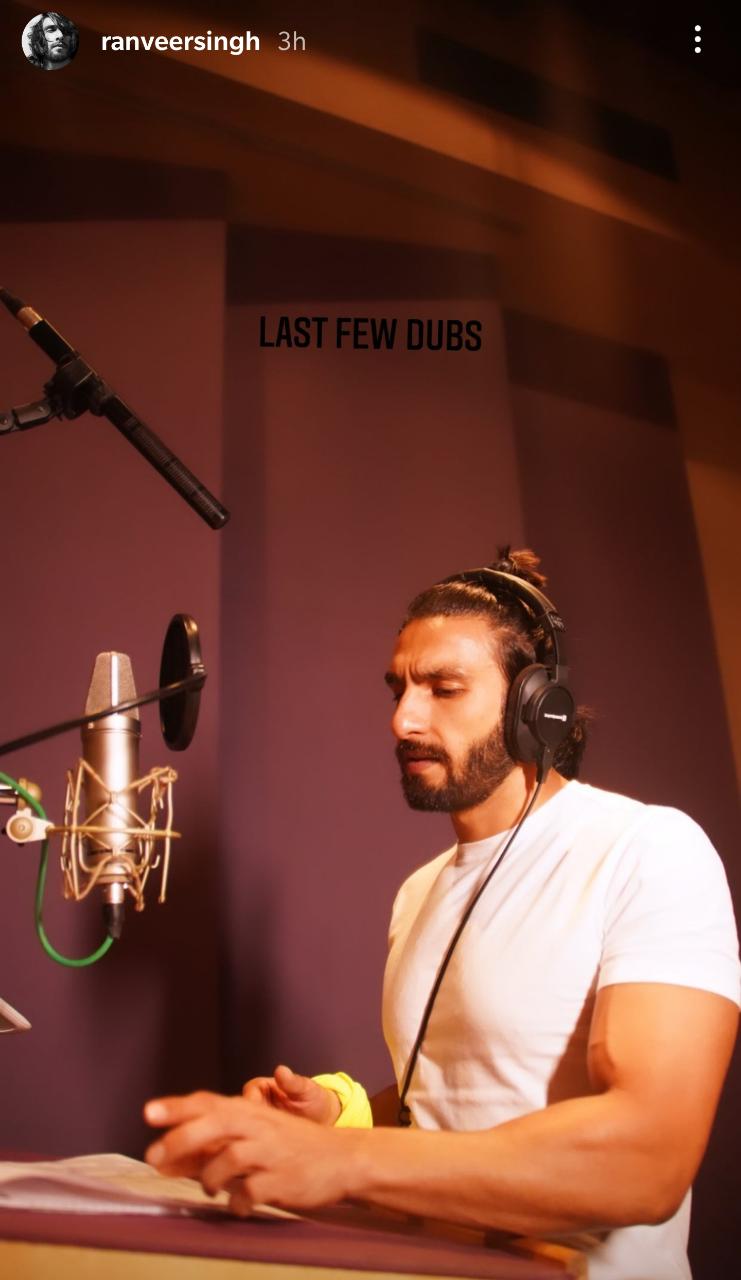 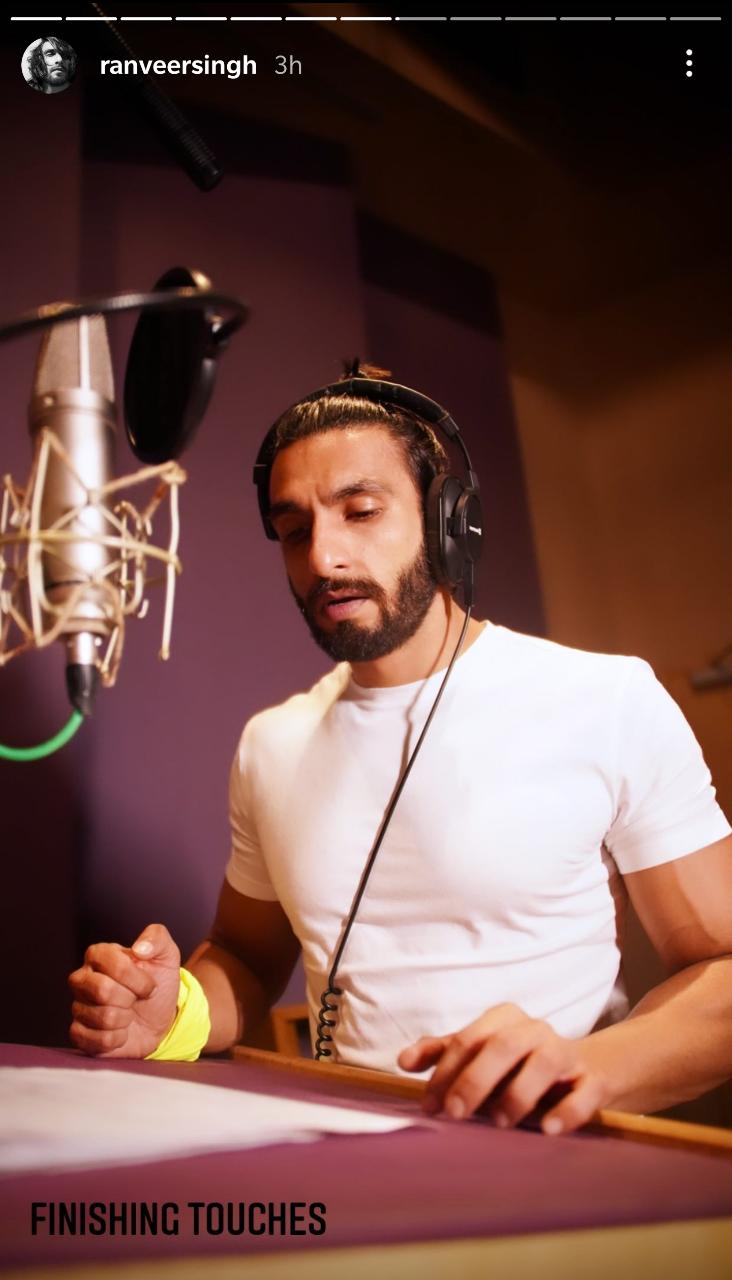 Apart from Jayeshbhai Jordaar, Singh will also take on a role opposite his wife, Deepika Padukone in the duo's upcoming sports drama, 83. The actor recently took to social media and revealed that the film would release this Christmas. The film will follow India's first Cricket World Cup win in 1983 and will focus on the life of the former Indian Cricket Team Captain Kapil Dev.

Ranveer Singh was recently in the news after Colors released a promo from the actor's upcoming television debut. Singh is all geared up to mark his much-awaited television debut with Colors' The Big Picture. Touted to be a quiz show, the actor could be seen stepping onto the stage and greeting his fans and the studio audience with a welcoming smile. Colors announced that the show is all set to air on October 16.