After facing several hiccups before the release, Shahid Kapoor-starrer sports drama 'Jersey' seems to be not getting its due. Read on. 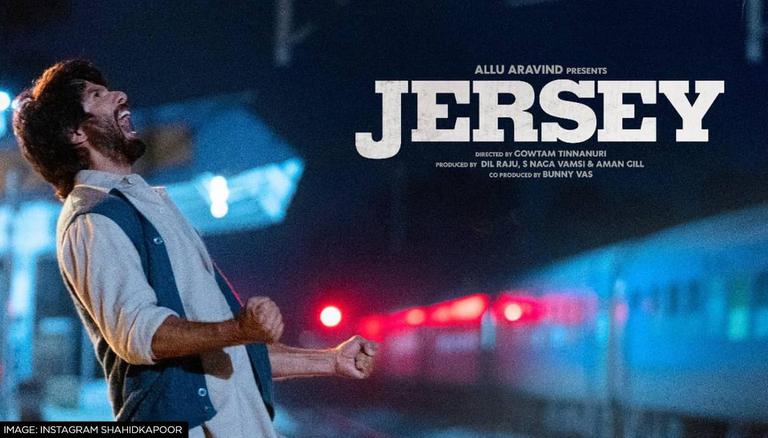 
After facing several hiccups before the release, Shahid Kapoor-starrer sports drama Jersey seems to be not getting its due. The film that had hit the theatres on April 22, has been facing strong competition at the box office from Yash-starrer KGF: Chapter 2. The sports drama follows the journey of a failed cricketer named Arjun Talwar, played by Shahid Kapoor, and his struggles to revive his cricket career for his son.

Despite Shahid's spectacular performance and his sharing screen space with father Pankaj Kapur, the film has not managed to live up to the expectations of the moviegoers. The film is performing at a slow pace at the ticket windows.

According to Sacnilk, the early estimates state that Shahid Kapoor and Mrunal Thakur starrer could just mint Rs 1.20 Cr in India on the seventh day. The film that failed to grab the footfall of the moviegoers, given other major releases, even performed low on its sixth day at the box office and raked in Rs  19.33 Cr.

According to the day 5 early estimates, Jersey earned around ₹1.70 Cr in India. This takes the total collection of the film to ₹18.19 Cr. The film suffered a major drop of 57% this week and is expected to collect around ₹20 crores by the end of the first week.
With some of the great films releasing today, including Megastar Chiranjeevi and Ram Charan starrer Acharya, Ajay Devgn starrer Runway 34, and Tiger Shroff starrer Heropanti 2, it seems that the film needs to really struggle heard and increase the business. Apart from Acharya, Runway 34 and Heropanti 2 pre-booking sales were also quite high which has increased the expectations of the makers.