Alia Bhatt condemned the violent attack on students and faculty members of JNU. The incident took place on Sunday night where masked goons entered the campus

Massive violence was reported inside Delhi's JNU (Jawaharlal Nehru University) campus on Sunday, following which statements of condemnation have come from every direction. Sources have reported that a mob of masked persons gathered inside the campus with lathis and rods, thrashing students and faculty members and destroying campus property. JNU Students Union president Aishe Ghosh was also injured, being discharged from the hospital on Monday morning.

Reacting to the incident, Alia Bhatt in a series of Instagram posts stated that 'Every day is disturbing', and further went to ask what is going on in the country?. In another post, she asked the citizens to stop 'pretending like everything is fine', as several students, civilians, teachers, and peaceful civilians have become victims of assault on an ongoing basis. "We must look truth in the eye and acknowledge that we are a house at war with itself". Read below- 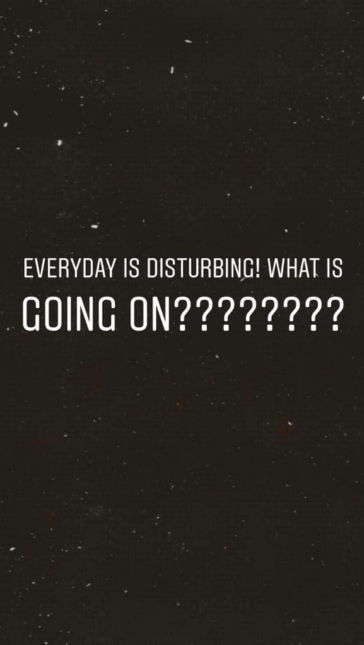 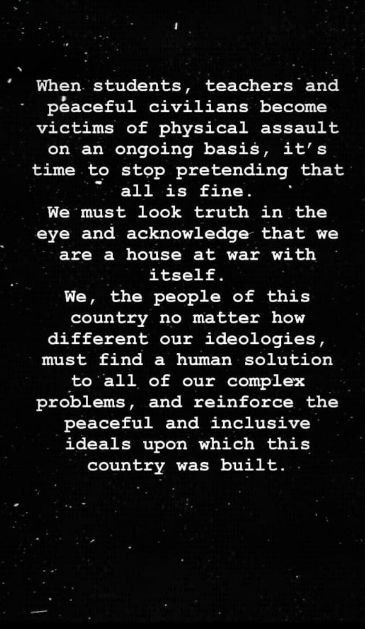 Prior to this, Anil Kapoor stated that after looking at the pictures of the violent attack, he was 'feeling disturbed'. Further condemning the incident, he claimed to have not slept 'an entire night', thinking about what has been happening. "Nothing is going to happen with violence. Those who have done this should be punished,” he said at the trailer launch of his upcoming film, Malang.

Other Bollywood celebrities have also expressed their anger and fury over the political unrest in the country after 50-odd masked goons attacked the students and wreaked havoc at the JNU campus on Sunday evening. Sharing a video of the chaotic scenes amid the attack, Taapsee Pannu called it ‘saddening’ and termed it ‘Irreversible damage’ to express her concern about the place where ‘future is shaped’. Sonam Kapoor termed it as ‘Shocking disgusting and cowardly’ while fuming at the attackers for covering their faces. Dia Mirza also took to Twitter and asked the police for answers.

such is the condition inside what we consider to be a place where our future is shaped. It’s getting scarred for ever. Irreversible damage. What kind of shaping up is happening here, it’s there for us to see.... saddening https://t.co/Qt2q7HRhLG

Shocking disgusting and cowardly. Have the balls to at least show your face when you want to attack innocents. https://t.co/laFmsF8DTK

READ:  Alia Bhatt Songs 'Ikk Kudi', 'Samjhawan' And Others That Ruled The Charts

PEOPLE HAVE PLEDGED SO FAR
LATEST NEWS
View all
13 hours ago
Milind Soman recalls running 1500 kms from Delhi to Mumbai in 2012
14 hours ago
Alia Bhatt is all smiles with her granny in these throwback pics; Check out
10 hours ago
Directors Abbas & Mustan talk about 'Khiladi Kumar', theatre-OTT debate & the times ahead
13 hours ago
Radhika Apte shares mystifying teaser of her first directorial venture 'The Sleepwalkers'
9 mins ago
Sutapa Sikdar remembers 'Wonderful gift' from Irrfan Khan on World Environment Day