The third instalment in the legal drama film series, Jolly LLB 3, will reportedly see Akshay Kumar and Arshad Warsi's lawyer characters against each other. 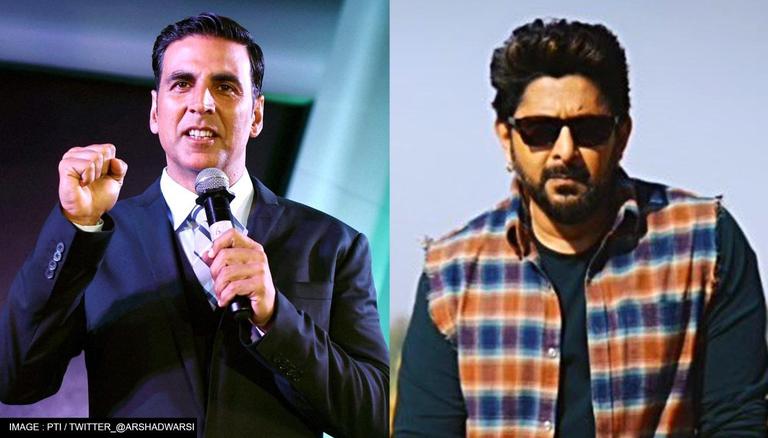 
Bollywood star Akshay Kumar is reportedly all set to reprise his role as lawyer Jagdishwar Mishra, a.k.a. Jolly, in the third instalment of the legal drama film series Jolly LLB.

The 2013 film Jolly LLB had starred Arshad Warsi and Boman Irani in the lead roles. As the film earned positive response, its sequel came out in 2017 that starred Akshay Kumar and Huma Quershi. Now, as per reports, Jolly LLB 3 will see both the actors together.

Soon after Jolly LLB 2, fan-made theories began making rounds around the possibility of Kumar Vs Warsi in Jolly LLB 3. According to a report by Pinkvilla, the fans' theories are seemingly coming true as Akshay Kumar and Arshad Warsi are reportedly uniting for the upcoming movie.

A source close to the development told the portal that the film's director, Subhash Kapoor, Akshay Kumar and Arshad Warsi have been toying with the idea of Jolly LLB 3 and the filmmaker has cracked a subject for the collaboration. The film is expected to have a hilarious plot and a relevant topic for debate as it will be based on Jolly vs Jolly. The makers aim to make a multi-genre movie and begin its production in the first half of 2023.

The source said, "Subhash Kapoor, Akshay Kumar and Arshad Warsi have been toying with the idea of Jolly LLB 3 for a while now and the things have fallen in place. Subhash has cracked a subject that warrants a face off between the two Jollys. It’s hilarious with a very relevant topic for debate in the court of law."

"The idea is to create the ambience of a big screen courtroom drama and hence, efforts have been taken to make it a multi-genre film, with the right blend of humour with drama and thrill. Finishing touches are being given to the script at the moment and the team will then move on to the pre-production stage. The idea is to take the film on floors in the first half of 2023," the statement continued.

The Jolly LLB franchise revolves around the lawyer Jolly striving hard to win a case and bring justice for his clients. While the first instalment was a sleeper hit, the second one even hit the Rs 100-crore club.

READ | Akshay Kumar on dull performances of his films: Nobody should be blamed but me
READ | Kapil Sharma shoots with Akshay Kumar ahead of TKSS all-new season; promotes 'CuttPutlli'
READ | Akshay Kumar reportedly roped in for 'Jolly LLB 3'; film to go on floors in 2023
First Published: 23rd August, 2022 16:00 IST
SUBSCRIBE TO US