JP Dutta's 'Border' is one of the most iconic films ever made and the film clocked 24 years on Sunday. Suniel Shetty & Pooja Bhatt marked 'Border Day' as well. 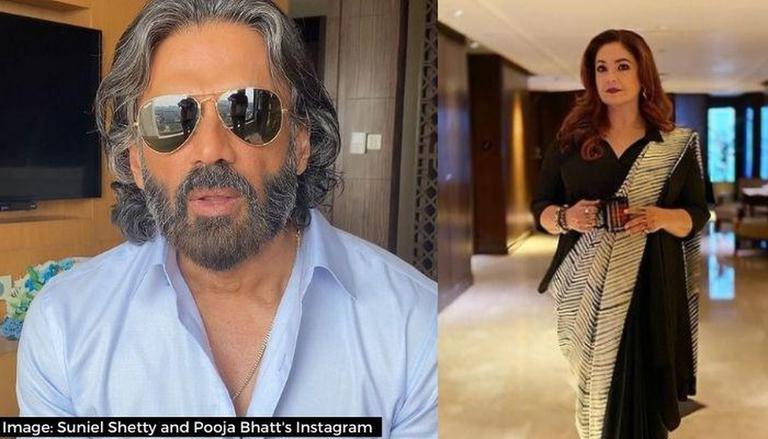 
Director JP Dutta’s iconic 1997 war film Border clocked 24 years on June 13. The movie struck a chord among the audience as it showcased the unimaginable difficulties the Indian Army soldiers have to face to keep the country safe. On the occasion of the Border movie’s 24th anniversary, actor Suniel Shetty and Pooja Bhatt took to their respective social media to commemorate the film.

Suniel Shetty reshared JP Dutta’s daughter Nidhi Dutta’s Instagram story. Sharing the poster of the film, it was written in the caption, “Happy Border birthday everyone! This day belongs to every Indian...and the patriotism inside each one of us. And the team that showed us just how much of it we had it in our veins!” Pooja Bhatt also took to her Instagram story and shared the film’s poster. She wrote in the caption, “Happy Border Day everyone! #24 years.” 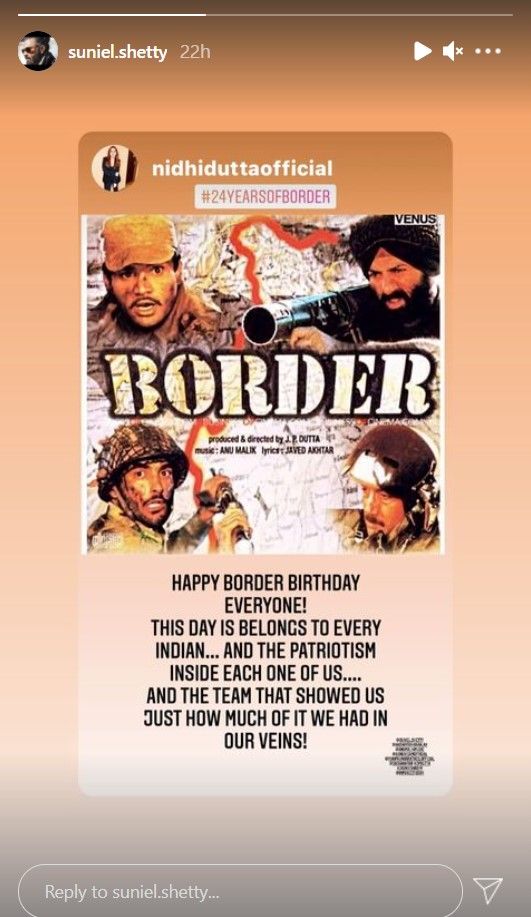 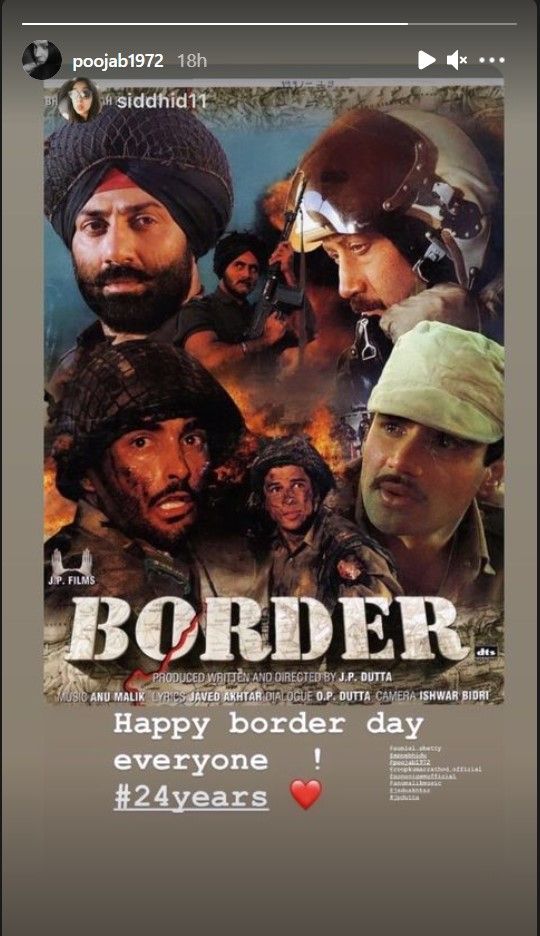 More about Border cast and the plot of the film

The film chronicled the battle of Longewala that took place in 1971, one of the major engagements between the Indian and Pakistani armies. It was directed, produced and written by JP Dutta. The movie’s ensemble cast includes Sunny Deol, Sunil Shetty, Akshaye Khanna, Jackie Shroff, Sudesh Berry, Puneet Issar and Kulbhushan Kharbanda, Tabu, Raakhee, Pooja Bhatt and Sharbani Mukherjee. One of the songs from this film titled Sandese Aate Hai sung by Sonu Nigam and Roop Kumar Rathod emotionally moved the audience. Border movie also bagged several awards and accolades at that time.

READ | Suniel Shetty to provide oxygen concentrators amid COVID-19, says 'It's about giving back'

The 71-year-old filmmaker is known for the patriotic and war-centred films that he makes. His other popular movies are Refugee, LOC Kargil and Umrao Jaan. He last helmed the 2018 action-war movie Paltan. The star-studded cast of the movie includes Jackie Shroff, Arjun Rampal, Sonu Sood, Harshvardhan Rane, Esha Gupta, Sonal Chauhan, Dipika Kakar. It also garnered a positive response from the audience.

The Dhadkan actor will next be seen in the romantic action movie Tadap, the Hindi remake of the Telugu blockbuster RX 100. It is helmed by Milan Luthria and stars Suniel Shetty’s son Ahan Shetty and Tara Sutaria in lead roles. Sikandar Kher, Sharat Saxena and Amit Sadh will also be seen essaying pivotal roles in the movie. It is slated to receive a theatrical release on September 24, 2021.