Kangana Ranaut is riding high on the success of the political thriller Thalaivii which was released on the occasion of Ganesh Chaturthi on September 10. 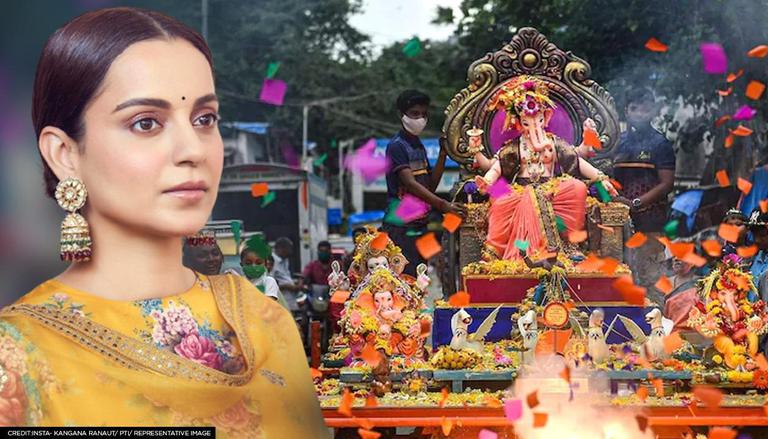 
Kangana Ranaut celebrated the auspicious festival of Ganesh Chaturthi at her brother's house on September 10. On the occasion of one of the biggest festivals of Maharashtra, several Bollywood celebrities took to their social media to share a glimpse into their cheerful celebration of welcoming Lord Ganesha to their house. With the prevailing restrictions imposed to avoid mass gatherings, many are celebrating the festival with their close family at their homes. Take a look at the Thalaivii's actor's celebration for Ganesh Chaturthi.

The actor took to her Instagram to share several sneak-peek into the celebration of the festival with her family. Ranaut, along with her mother, paid a visit to her brother Akshit Ranaut's house to celebrate the festival together. In the image, the 34-year-old donned a yellow traditional attire and posed with her family. She wrote in her story, 'For Ganpati at my brother's house'. 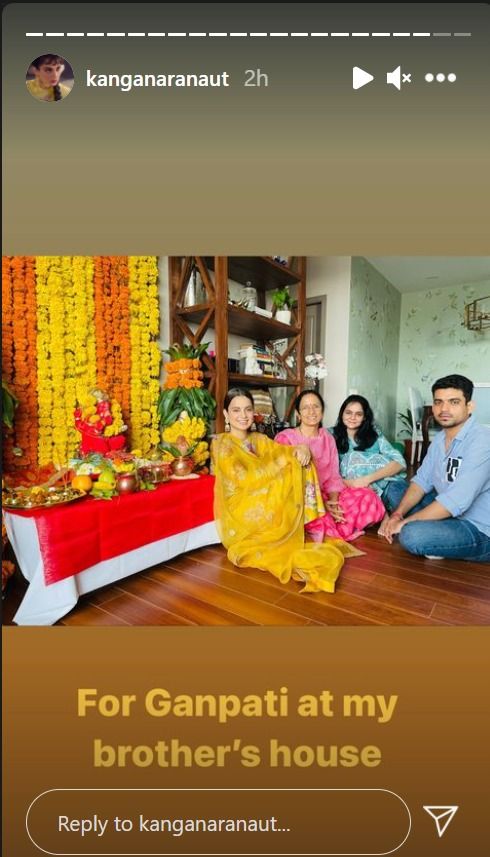 She also shared a closer look at the decorations for Lord Ganesha at the house. In another story, Ranaut's mother was seen performing the rituals of the festival. The actor also wished her fans on the occasion of the festival by sharing multiple pictures of her traditional look for the festival. She wrote, ''Ganesh Chaturthi ki Hardik Shubhkamnaen''. 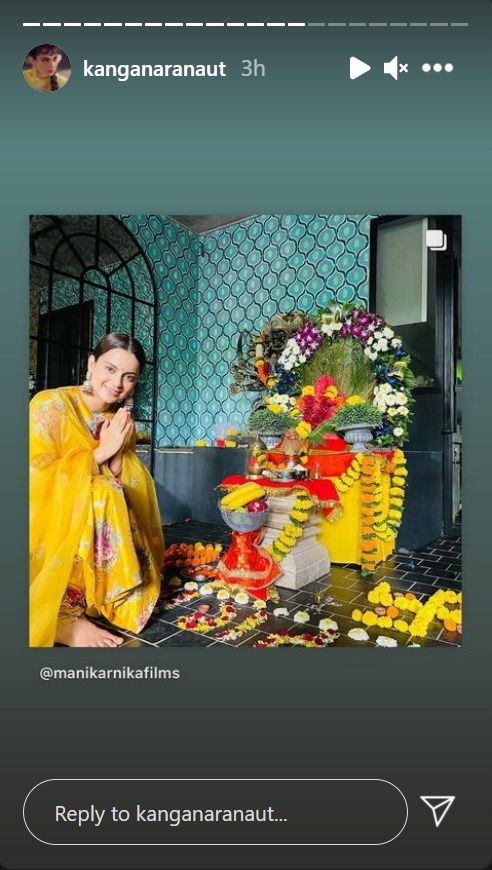 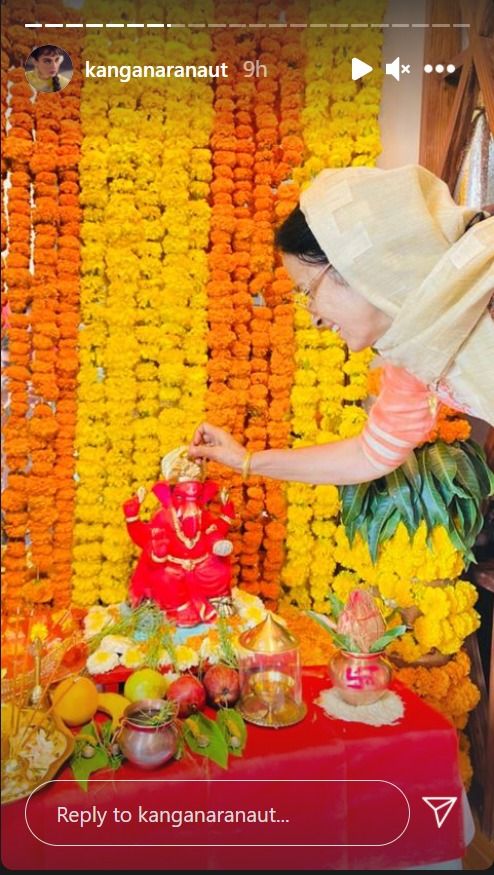 Ranaut is not only celebrating the festival but also the release of her movie. The actor's highly-anticipated political thriller Thalaivii was finally released on September 10. After going through several setbacks during its release and being surrounded by controversies, the first day was met with a generally positive response with many praising the stellar performance delivered by Ranaut. Ahead of its release, Ranaut opened up about playing the role of Jayalalithaa on the big screen and urged her fans to watch the movie by writing,

''Two years ago, I embarked on a journey to play one of India's most iconic women onscreen. There were many obstacles and challenges in our way, but what kept me and my team going was the passion for Jaya Amma and Cinema. This Friday, our film will finally reach its audience, do give it a chance in a theatre near you. I am already overwhelmed by the glorious reviews for the film and simply can't wait for the public to see the film. Advance bookings are now open, book your tickets and enjoy the legendary Story of Amma Jayalalithaa on the big screen.''